Jackie Hill Perry, a hip-hop/spoken-word
artist signed to Humble Beast Records,
spoke in April at the national conference of
The Council on Biblical Manhood and
Womanhood (CBMW), sharing her journey
from lesbianism to complementarianism.

“The mission of The Council on Biblical
Manhood and Womanhood is to set forth
the teachings of the Bible about the
complementary differences between men
and women, created equally in the image of
God, because these teachings are essential for obedience to Scripture and for the health
of the family and the church,” CBMW’s official website reads.

Hill Perry’s voice continues to grow in
influence, having been featured in The
Washington Times, The 700 Club, Desiring
God and The Gospel Coalition, among
others.

Her last album, The Art of Joy, released in Nov. 2014, and Lecrae featured her this
January on his Church Clothes 3 song “Misconceptions 3”.

Video and transcript of her testimony is below. 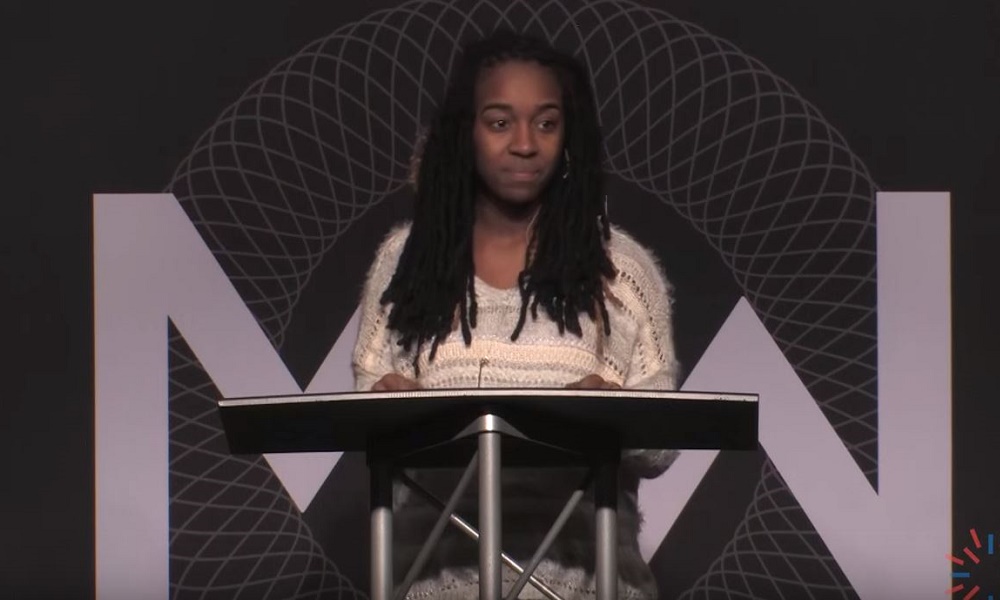