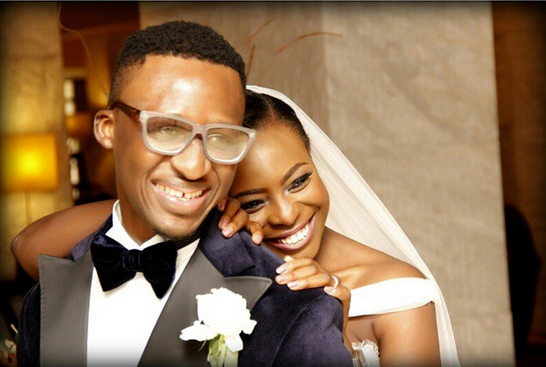 Wife of popular singer Bez Idakula in a revealing piece shared on her website Mylighthouse.com yesterday, September 28, 2016 opened up about her pregnancy journey.

From losing their daughter in July 2015 to welcoming their son Joshua in July 2016. She talks about how God guided her from the moment she found out she was pregnant till she delivered their child.

“On Sept 7th 2015, I had a miscarriage. I was 10 weeks pregnant. Ironically, this happened on the day I got baptised. It was during church service and I spent a significant amount of the service in the bathroom; Bleeding. I still went ahead with my baptism because it became so clear to me that I needed that baptism. I needed the cleansing. I needed to be refreshed and to start anew and as I stepped in that pool of water, I felt God so strongly. I knew I was walking into a new beginning and everything prior was being washed away.

I was not going to try to do what only he can do. And he showed himself to truly be Yahweh because in October 2015, I got pregnant again and in July 2016, a year after I shared my first testimony, I shared another testimony because he blessed us with a beautiful son.

When I found out I was pregnant again, I was in awe at how quickly God showed up because I truly never expected it. I thought it’ll take some time and that was fine with me. I wasn’t in any particular rush to get pregnant again but God does things in ways I can’t even imagine and he decided it was time. Who am I to argue? I was so ecstatic. I was at a point in my life where I was waking up at 3am every morning, spending time with God and growing in relationship with the Holy Spirit and everything about my pregnancy was spirit-led (it sounds like cliché christianese but it really is the truth).

I found out I was pregnant in October but I didn’t go to a hospital until January. The first 3 months of a pregnancy are often the most delicate and it is after 3 months that you can usually be sure that your baby is going to make it. I decided to give my first 3 months completely to Dr God because quite frankly, I couldn’t think of a better Doctor. I continued to wake up at 3am to pray and was always at work by 5am to begin my shift at the radio station. Apart from a cold a few times, I didn’t experience one bit of morning sickness. In fact, I continued to work out with a trainer after work until I had to stop.

As the pregnancy progressed, I had decided I was going to travel to the states to have my baby and also just to “hide” myself. However, that didn’t happen because once again I felt I was to have the baby here. Every time I was to buy my ticket or plan logistics, something came up and in my sensitivity to my spirit, I kept feeling I wasn’t meant to travel. I had been reading the story of Saul and something God pointed out to me was that obedience was better than sacrifice. God had already told me which
hospital to go to from the beginning, so why was I looking for yet another hospital in the states. Fortunately, my husband is also very spiritual and when I told him about my lack of desire to travel, he actually expressed that he had also been getting
the same prompting, we prayed about it and we just had a peace with the decision not to travel. This was also very tough because I remember someone saying to me that God can’t tell anyone to stay and have his or her child in Nigeria. I found that funny on so many levels because my daughter passed away in the states and if anyone understood that it was not a function of where you give birth but the grace of God, it was me. I made the decision I felt comfortable with in my spirit and even though I was also not sure why, it made sense later.”