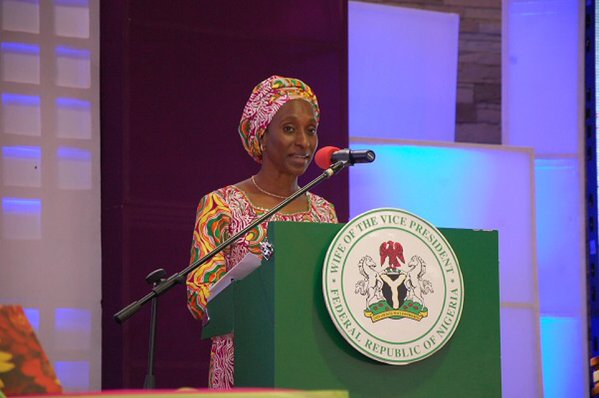 Wife of the Vice President, Dolapo Osinbajo, has attributed the increase in violence against women and children in Nigeria to negligence of parental role.

Osinbajo made the statement on Tuesday in Abuja when she received a delegation from the National Council for Women Societies (NCWS) led by its President, Gloria Shoda.

She said that some victims of abuse could not press charges when they are molested by elders in the family.

“I want the NCWS to partner with me to sensitise elders on the need to hold members of their families accountable to their violent actions.

Violence against women and children is on the increase because the culprits are not held accountable for their crimes.

The only way to achieve success in this fight is for families and the society to support the victims to name and shame culprits no matter their status,’’ she said.

Earlier in her remarks, Shoda said that NCWS needed strong voices like that of the Vice President’s wife to join in the fight against violence against women and children.

“In the wider society, women and girls in various situations are faced with violence and other forms of attacks. It is strong voices like yours and ours that can assist in keeping these matters on the front burner. It will serve to remind our law enforcement agencies that the law must protect the citizenry. The Council will continue to highlight the vulnerable state of the women and we are looking forward to work with you on this,’’ she said.

She said that with the numbers of members of the society across the country, collaboration with the office of the wife of the Vice President would go help to address some of the issues of child abuse.