10 Jobs That Makes It Difficult For Men To Intimately Satisfy Their Wives, – Pst. Tosyne 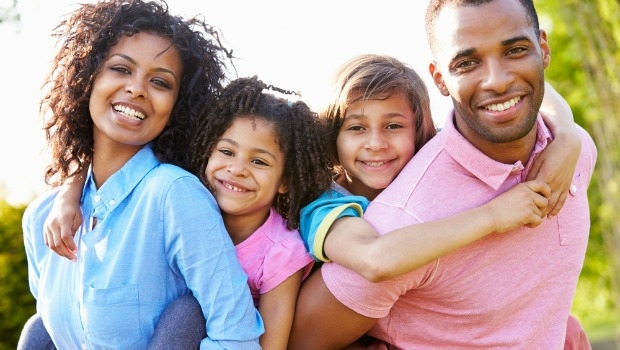 Women need their men to spend quality time
with them and shower them with loads of
love, care and affection which is the top
priority of every marriage.

In Nigeria, there are certain jobs that deprive
men from satisfying their wives romantically and intimately. This may be due to long hours
of working, and the strenuous nature of the
jobs and which puts them in a position to
starve their wives of romance and intimacy
Without wasting here, below are the
categories of these jobs

1. Banking Jobs
Banking jobs is one of the time consuming
jobs coupled with stress and fatigue which
might perhaps cause a lot of psychological
damage to men. The nature of banking jobs
demand that a man resumes very early at
dawn and goes home at odd hour at night. At the end of the day, the man arrives home at
mid night with much fatigue which makes it
difficult for him to satisfy his wife except
during weekends.

2. Importing and Exporting
International successful business men such as
Alaba boys who are car importers, electronic
importers, etc are always worried about their
containers and the delivery of goods to their
customers. They spend more time traveling
than staying with their wives at home. Sometimes, their wives are forced to cheat on
them when they’re being starved of love
making

3. Military and Paramilitary Jobs
Occupation such as Army, Airforce, Navy, etc,
are jobs that doesn’t give room for men to
spend quality time with their wives, especially
those ones sent the war front to fight for
peace and justice. However, some of them may
travel for months without having the privilege to set their eyes on their wives. By the reason
of this, some of them resort to sugar mummy
while in active service

4. Entertainment Jobs (Acting, Modeling
and Singing)
Celebrities are usually restless and only spend
a few fraction of time with their wives because
they’re wanted here and there. Most of these
celebrated men womanize a lot that they
might serve their wife of romance and
affection.

5. Aviation Jobs (Piloting)
Pilots too are always busy traveling from one
country to another after which they will return
home after a few days. Most of them might
even travel for two weeks before returning
home. Their chances of satisfying their women
is very relatively low

6. Logistics and Driving
The stress and danger of this job reduces the
intimate performance of men which makes
their wives unsatisfied. One cannot blame
Dangote or the Young Shall Grow drivers who
travel miles away for for several weeks
without rest. These men are likely to under- perform at the end of the day

7. Sports (Footballers, Athletes, etc)
This occupation demands that men refrain
themselves from sex so as not to lose fitness.
Some of them are forced to avoid making love
with their wives so that they can prevail in
their career. Most Nigerian footballers are not
so disciplined in this area that’s why many of them who themselves strikers find it difficult to
score 2 goals in a season

8. Sailing
This occupation also keeps men away from
their wives for a very long time. Sometimes,
they travel on the sea for as long as three
months before they return home. To be very
frank and sincere, this job deprives them from
spending time with their wives when they’re in need of them.

9. Medical Jobs
Medical experts such as surgeon and doctors
are usually very occupied with a lot of work as
patients keep disturbing them every now and
then. Many a time, some of them come home
tired and may not perform more than 30
seconds before they climax. KingTom, I throway salute

10. Engineering Jobs
To be very sincere with you, engineering job is
very strenuous. They are always at site
working tirelessly in order not to disappoint
those who gave them contracts. They come
home very tired and exhausted and can use
cutlass on any woman that disturbs their sleep I drop my pen at this juncture

Feel free to add yours