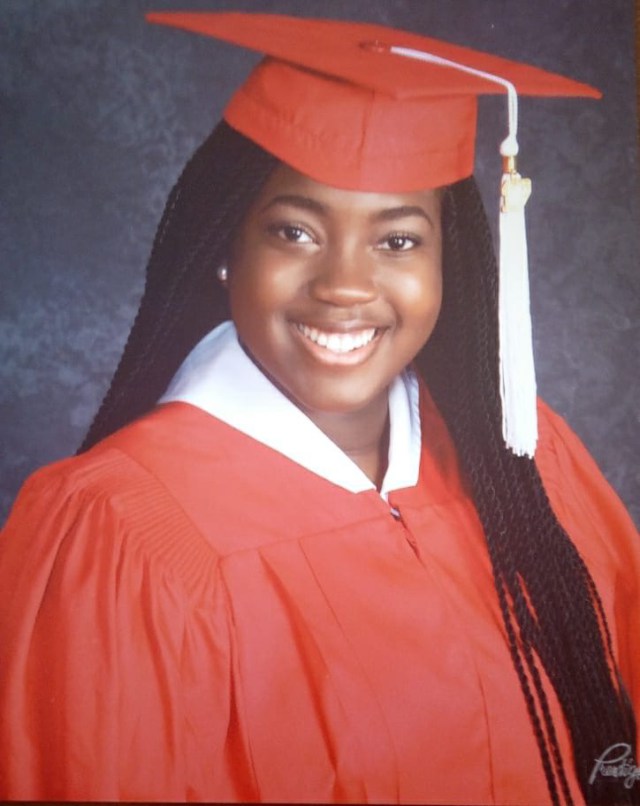 18-year-old Nigerian girl Uwade Helen Akhere wouldn’t have to worry about college fees anymore, as she just made history by winning 11 Scholarships to study in different American Universities, after emerging tops in her academic pursuit at the Charlotte Catholic High School.

The beautiful daughter of a Law Professor at the Ambrose Alli University, Ekpoma, Edo State , Professor Jim Akhere, who is also a former Commissioner, in the defunct Bendel State of Nigeria, was also the President of the Student Council the prestigious Charlotte Catholic High School Charlotte NC, USA.

Apart from the scholarship, Uwade also got other awards which includes National merit Scholarship commendation, the achievement awards for Charlotte Civitan Citizen and Charlotte post top senior in the class of 2017. Also the 2017 Signet II , Volume XXII, graduating compendium of the school shows her coming tops in debate, speech and Theology, among others.

Leadershipng reports that her proud father who talked about his daughter’s achievement said, with the feat his daughter has performed, it will not be far from the truth to label her a genius.