#NotTooYoungToRun: Nigerians Protest To Have Age Qualification For Presidency Reduced To 30 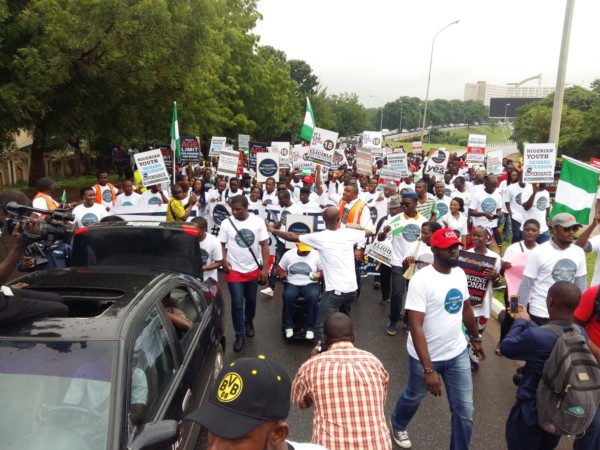 Unity Fountain, Abuja is the convening point, as Nigerians march in protest to have the #NotTooYoungToRun bill passed.

The #NotTooYoungToRun bill is one of the many bills in the constitution amendment process.

The bill seeks to lower the constitutional age of requirement for running for elective office in Nigeria.

It had been rumoured that the Senate had last week, July 20, dropped the bill, but the Senate on Saturday released statement saying the bill is still under consideration.

Under the current constitution, the age of qualification to be allowed to run for Presidency is 40 and above, 35 for Senate and State Governors, and 30 for House of Representatives and State House of Assembly.

The bill seeks to reduce this ages to 30 for Presidency, 30 for Senate and State Governors, and 25 for both House of Representatives and State House of Assembly.

According to Punch, the House of Representatives will vote to decide the fate of the bill on Wednesday. Videos

TwitterNG users who are part of the protest are sharing photos and videos.. 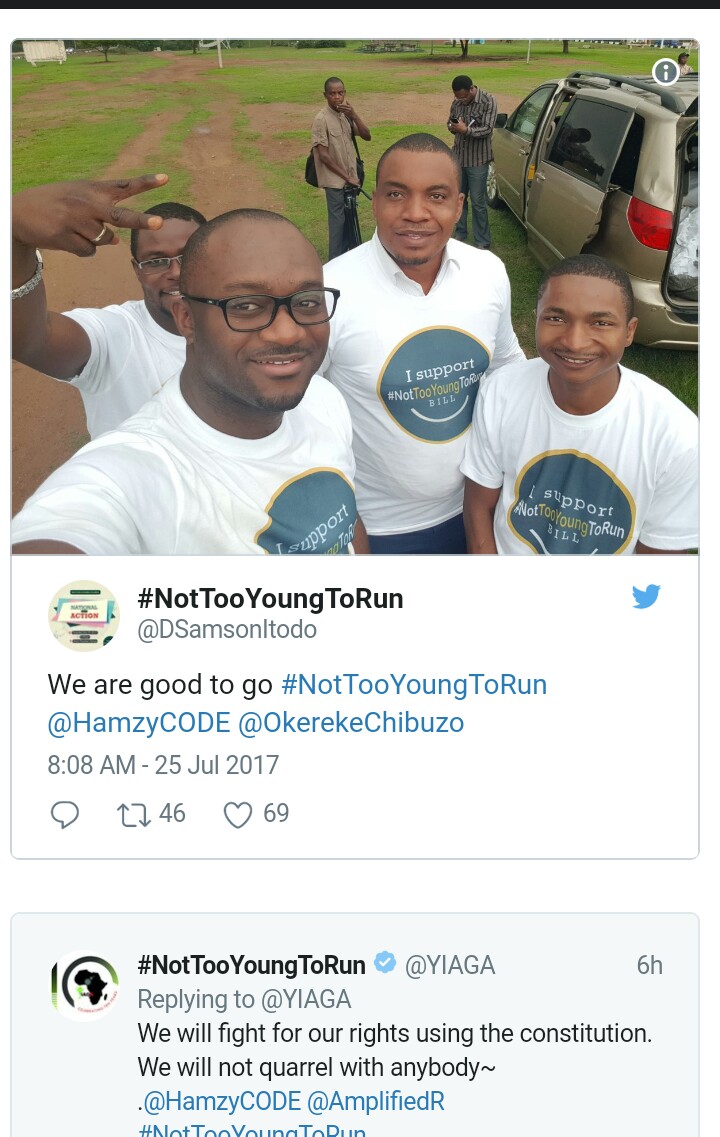 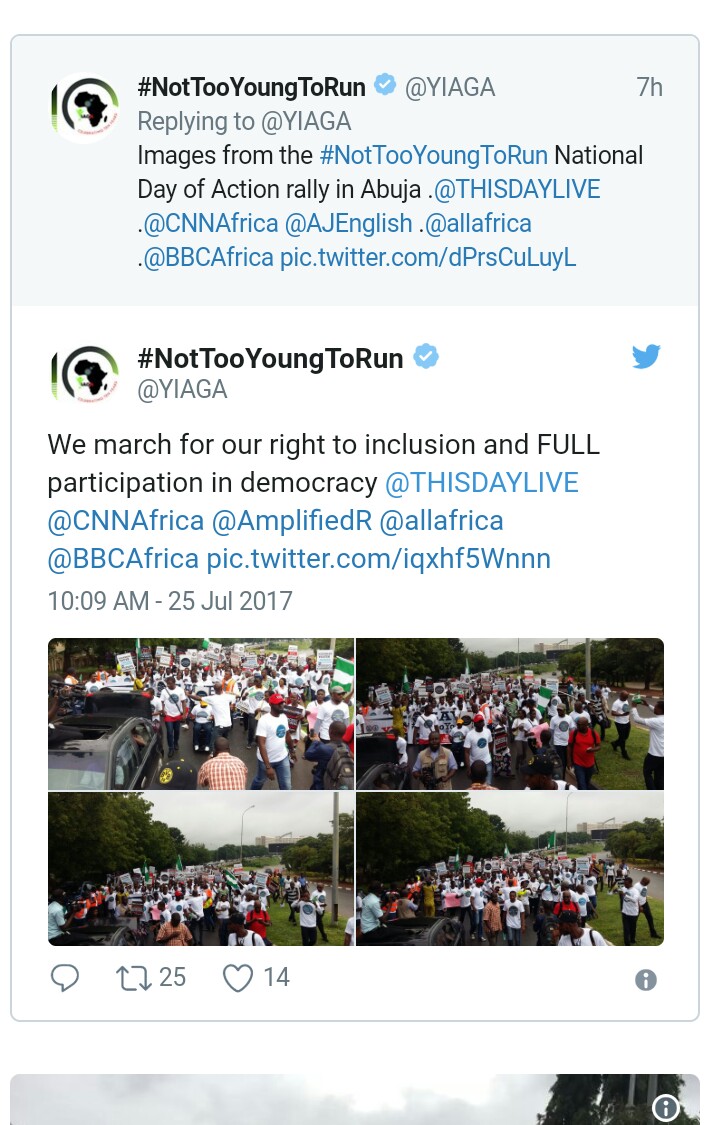 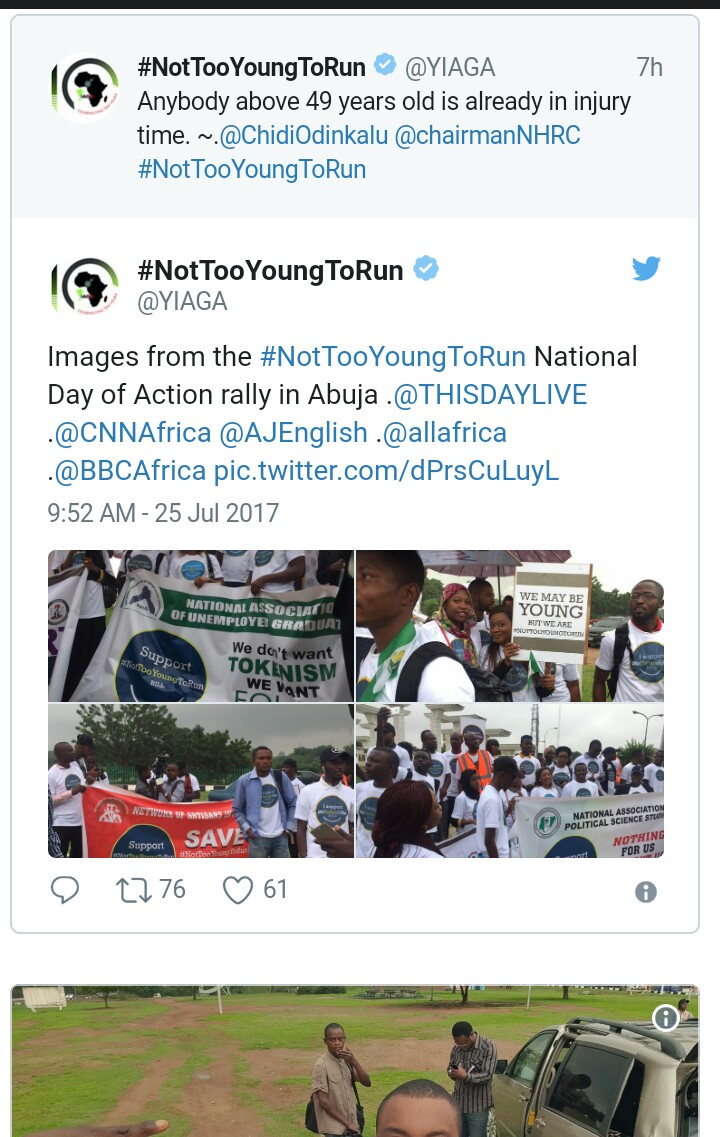