Time flies when you’re having fun, and if you could believe it, 2007 was that long ago! You know what else happened 10 years ago? The following albums on this list.

2007 was a tremendous year for Christian Hip-Hop. It was so big in fact that we were able to put together a top 25 list. Some of the names are familiar, some of them are not, but all of them were impactful. Be sure to let us know in the comments which one was your favorite. 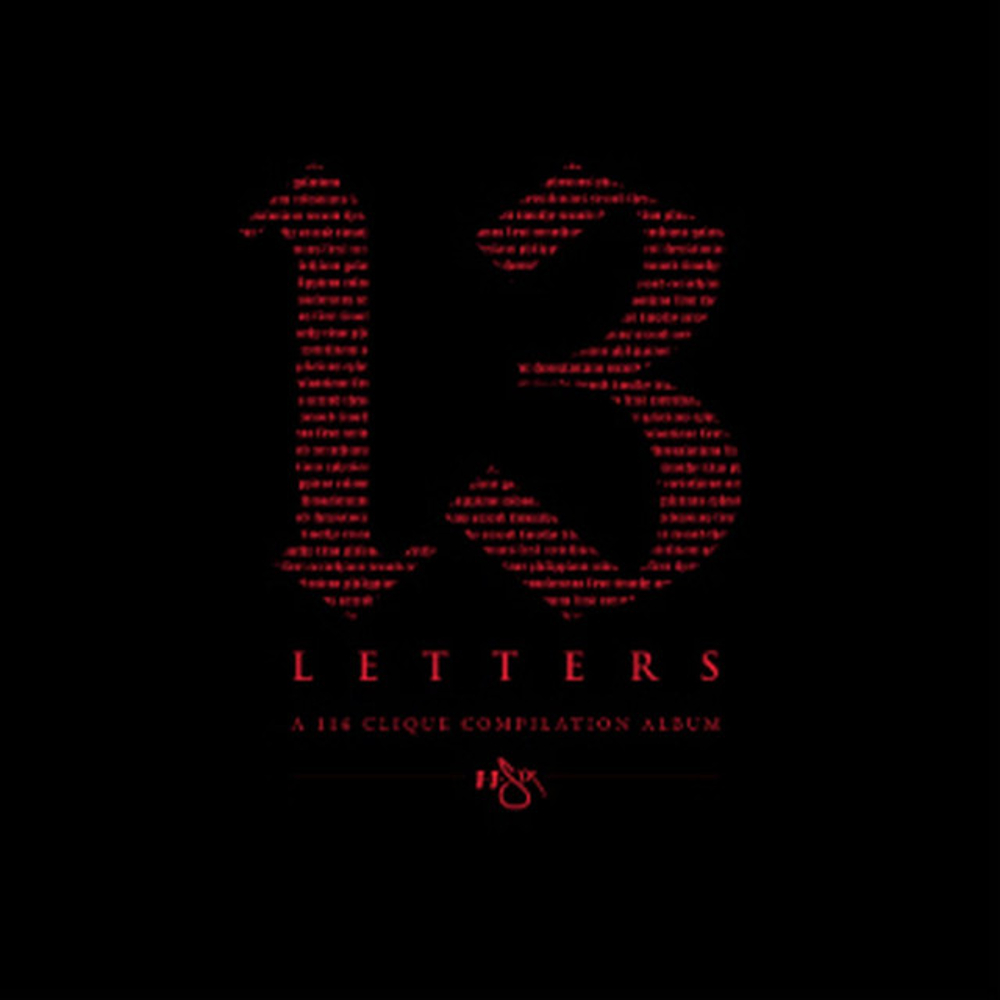 13 Letters was the second compilation album put out by the artists on Reach Records. There were tracks by Lecrae, Trip Lee, Tedashii, Shai Linne, Sho Baraka, FLAME, Json, 1-Lyfe, and Dillon Chase.

A lot of these names aren’t affiliated with 116 anymore, but that doesn’t stop this from being a solid album which features tracks such as “Begin with the End,” “Dig In,” and “Get Loose.”

The “13 Letters” stood for the 13 books of the Bible written by the Apostle Paul.

Buy on iTunes and Amazon 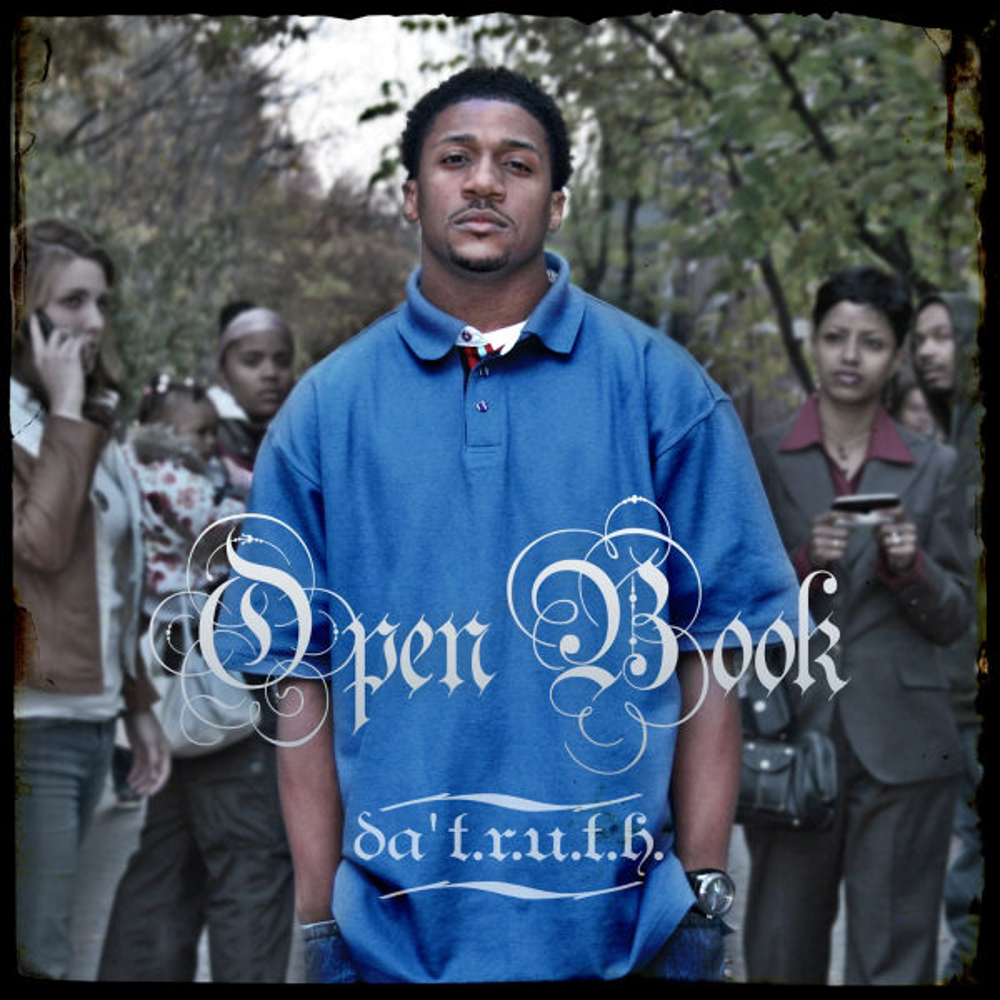 Da’ T.R.U.T.H. has been churning out great albums for nearly 15 years and this one in particular elevated his game.

The hard-hitting opening track, “Who Am I,” set the tone for this T.R.U.T.H. classic.

Other features included The Tonic, Ambassador, and Trip Lee.

Everyday Process – The Process of Illumination and Elimination 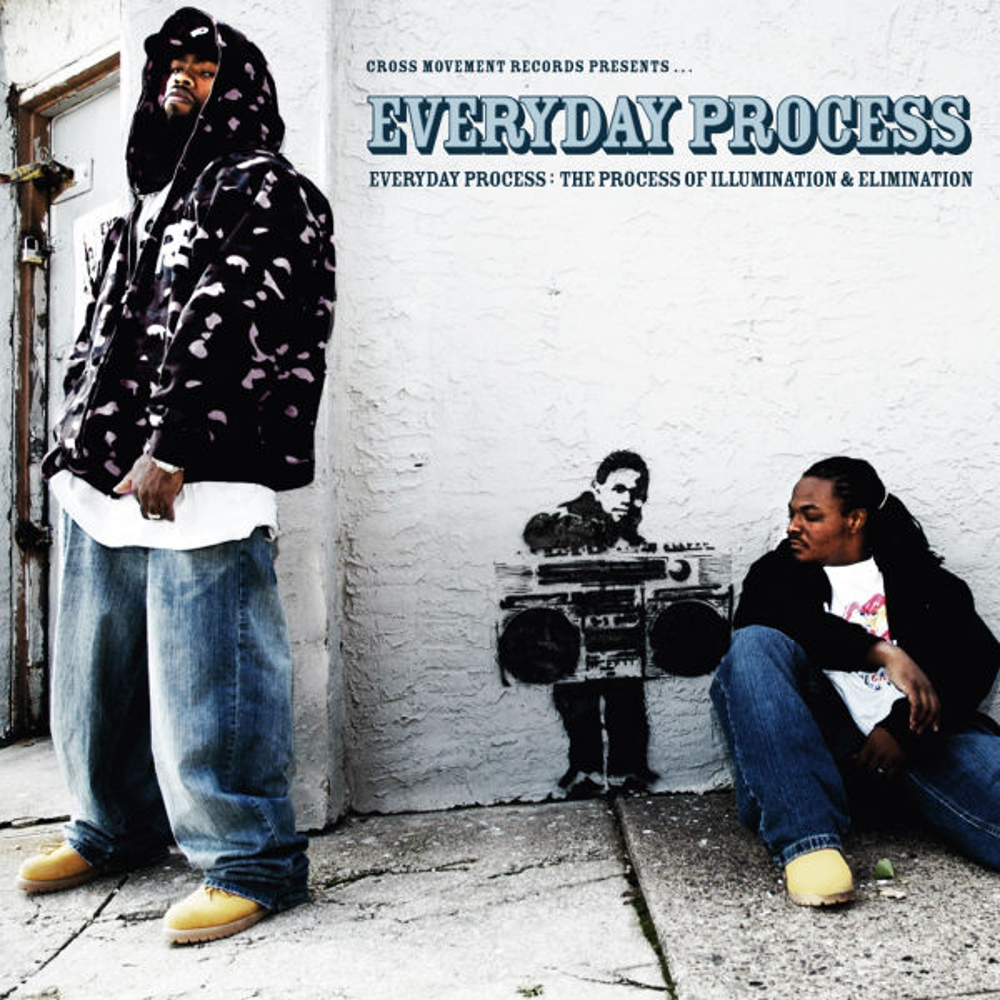 The duo of Iz-Real and Mac the Doulos make up Everyday Process, and while they only dropped two albums, their debut was quite memorable. 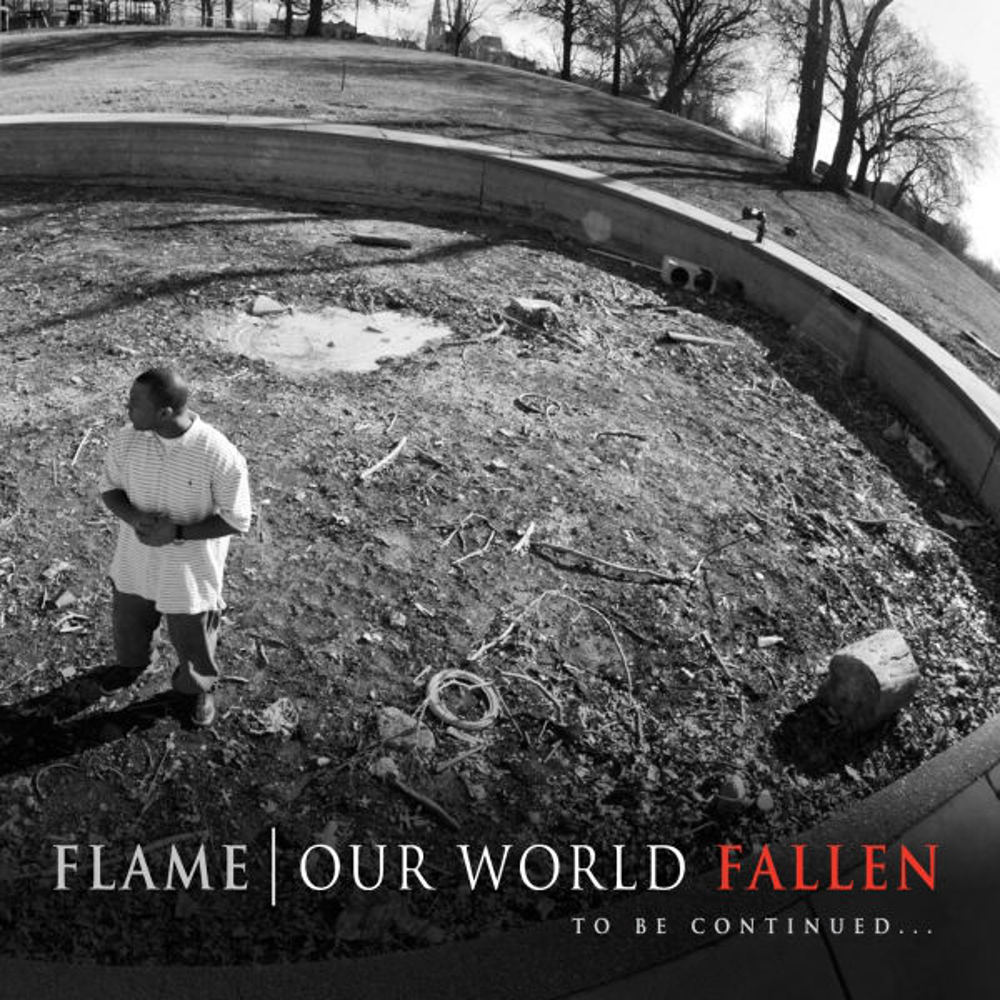 Our World was FLAME’s third album and the first of two concept records with the second being, Our World: Redeemed.

Some of the key tracks on here were “Goodness to Repentance,” “When You Step,” and “Goodbye.”

Tedashii, Da’ T.R.U.T.H., JR, and Json made appearances on the record. 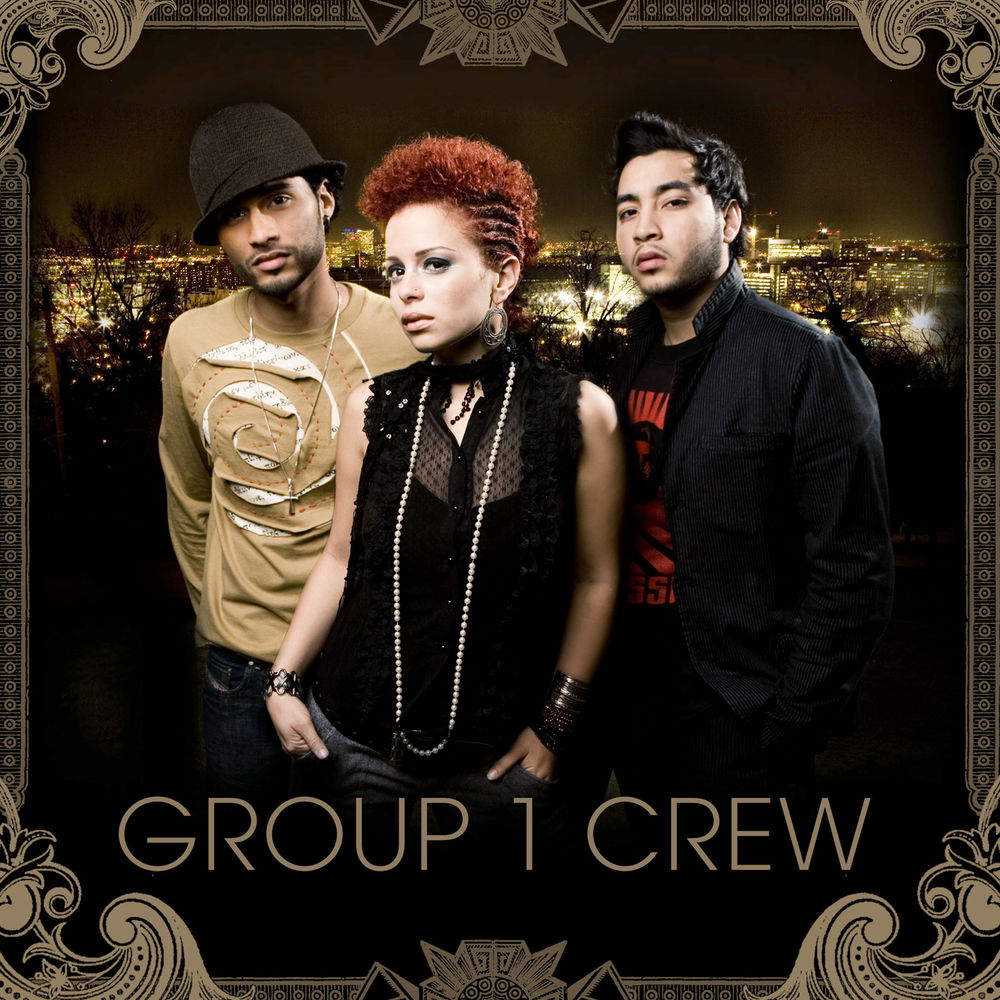 Group 1 Crew looks a lot different these days, but in their heyday, Manwell Reyes, Blanca Callahan, and Pablo Villatoro were a hot blend of rap, pop, and dance.

Their debut album burst on the scene while on a Christian music major label of Fervent and Word.

Some of the key tracks were “Forgive Me” and “Love is a Beautiful Thing.” 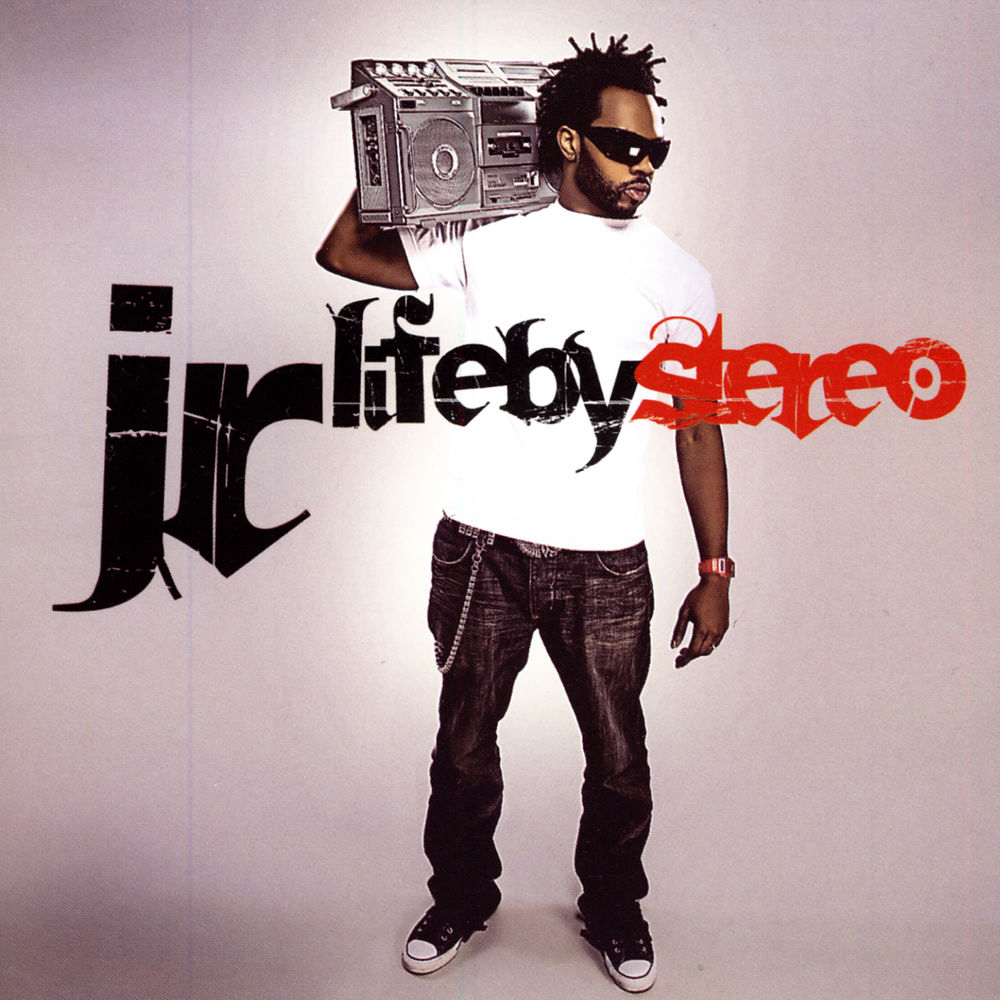 J.R. is no longer the R&B/hip-hop name he once was but in 2007 his album dropped on Cross Movement Records with a huge buzz.

The single “Not a Slave,” was one of the hottest tracks of the year, and the music was equally impressive. 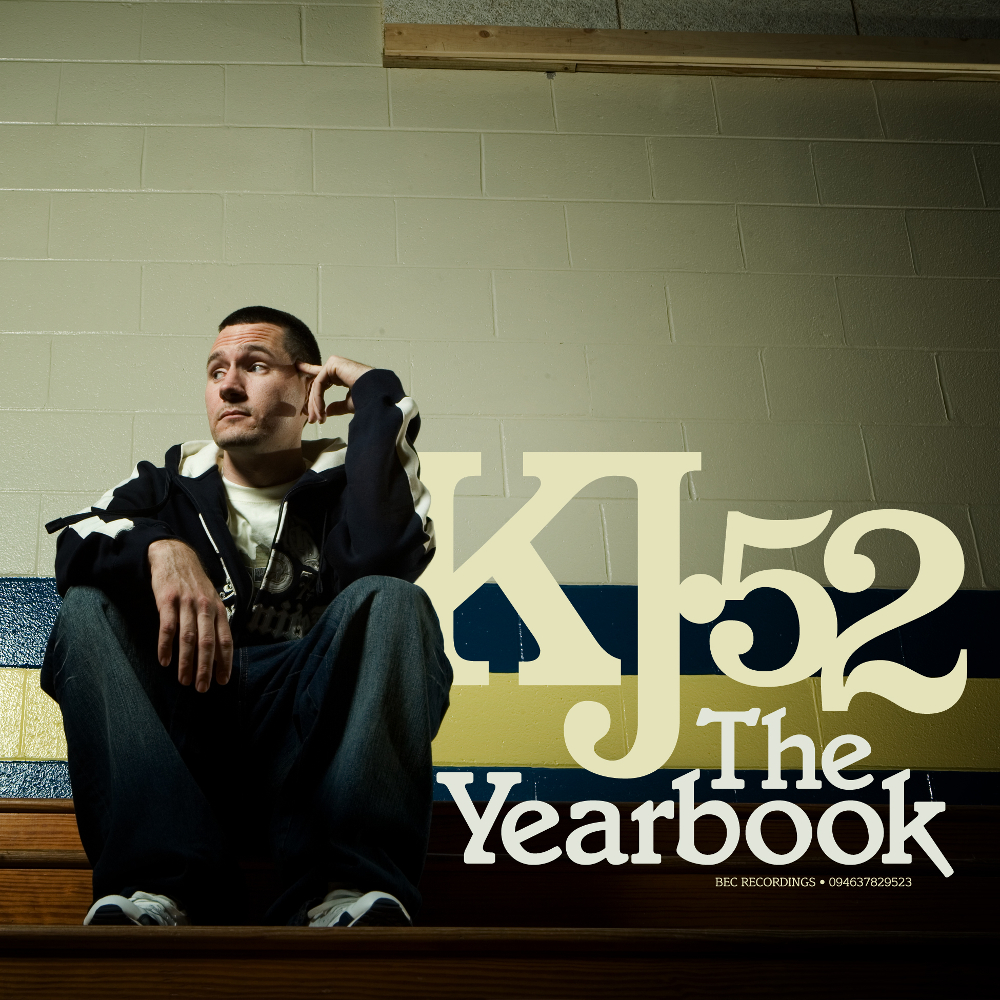 KJ-52 could make it onto one of these lists seemingly every year with his consistent body of work since 2000. However, his albumThe Yearbook is one of his most ambitious to date.

The album featured 19 tracks and still more bonus tracks made available later. Three songs had a rock twist, most notably “You’ll Never Take Me Down” with Kevin Young of Disciple and “Wake Up” with Toby Morrell of Emery.

Some of the other standouts are “You’re Gonna Make It” with Blanca and “Do Yo Thang.” 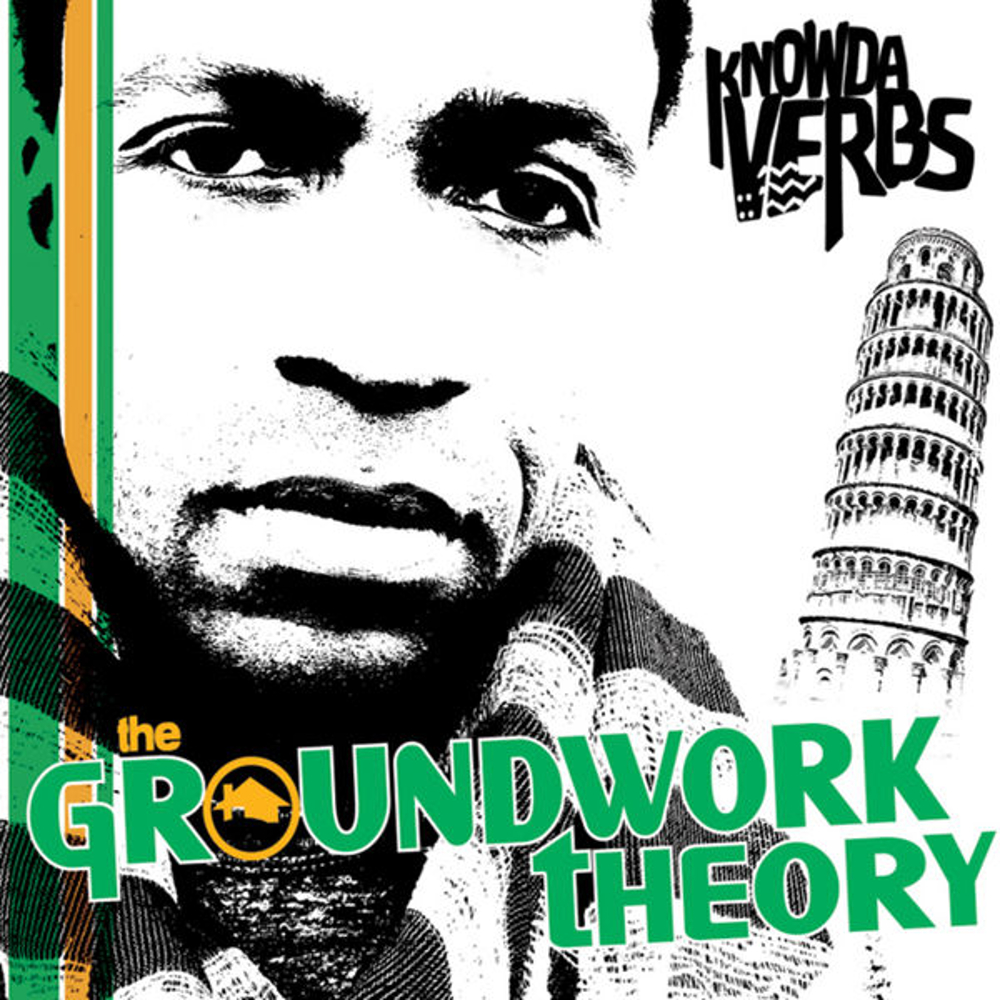 Whether going by Knowdaverbs or just Verbs, this emcee was a vital part of the hip-hop scene created by Gotee Records in the early 2000s. His 2007 The Groundwork Theory would be the last project he put out and his first step away from Gotee Records.

“Better Not Fall for That” and “Future” were two of the more memorable tracks on the album. The record also featured appearances by Theory Hazit and Syntst.

Another longtime Gotee Records group, LA Symphony were among the greats in putting Christian rappers under one roof to record an album, this time on Syntax.

Unleashed would be the last record for this group before they took a seven-year hiatus. Comprised of familiar names such as Sareem Poems, Joey the Jerk, Pigeon John, and others, the album was 22 tracks of flames.

It was considered a mixtape and featured demos, unreleased tracks, and few new ones sprinkled in. Posdnus of De La Soul, Will.i.Am of Black Eyed Peas and Method Man made contributions to the album. 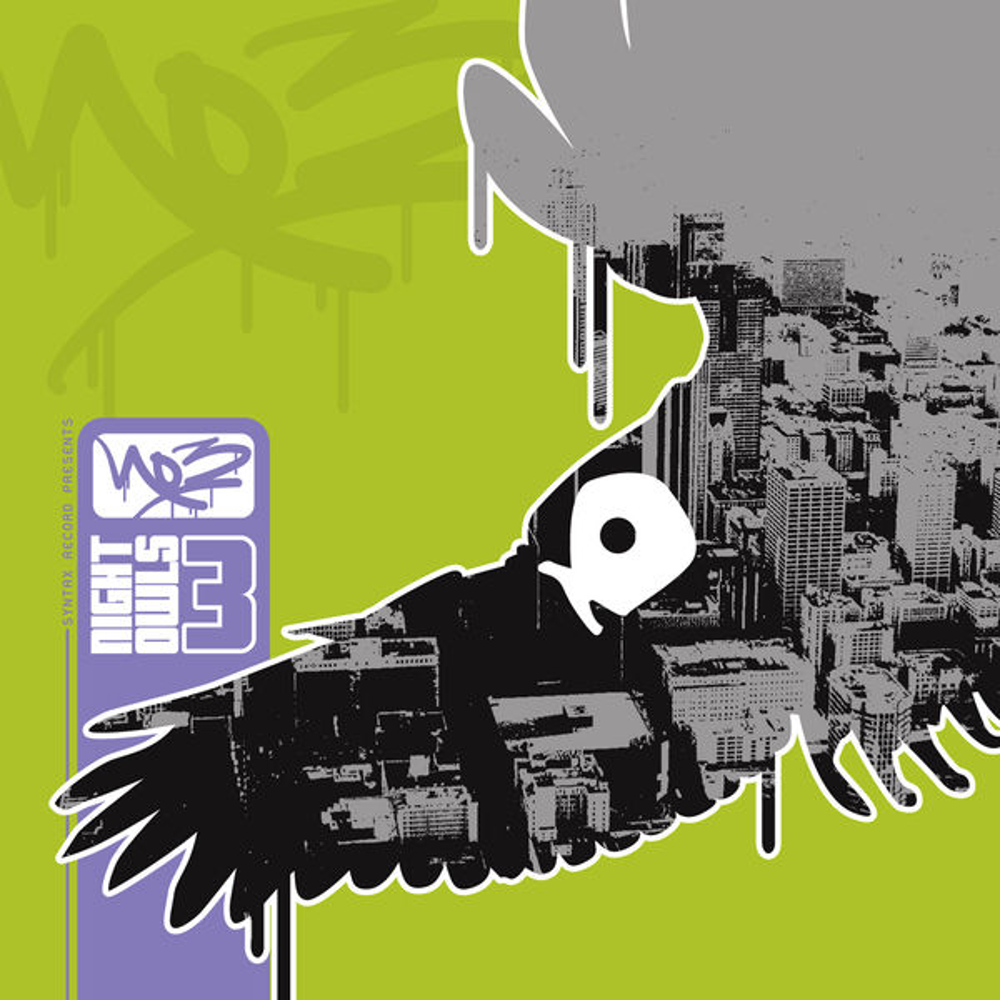 There’s not too much to say about this album except it represented some of the best-untapped talents in Christian Hip-hop for 2007. It was also the first Christian release to get distribution from a major label.

Special thanks to Syntax Records for putting this much firepower on one compilation and showing fans of Christian hip-hop a broader audience of artists. A few of the names are Pigeon John, Theory Hazit, RedCloud, Braille, Freddie Bruno, K-Drama, LA Symphony, and, MaxOne of Sackcloth Fashion. 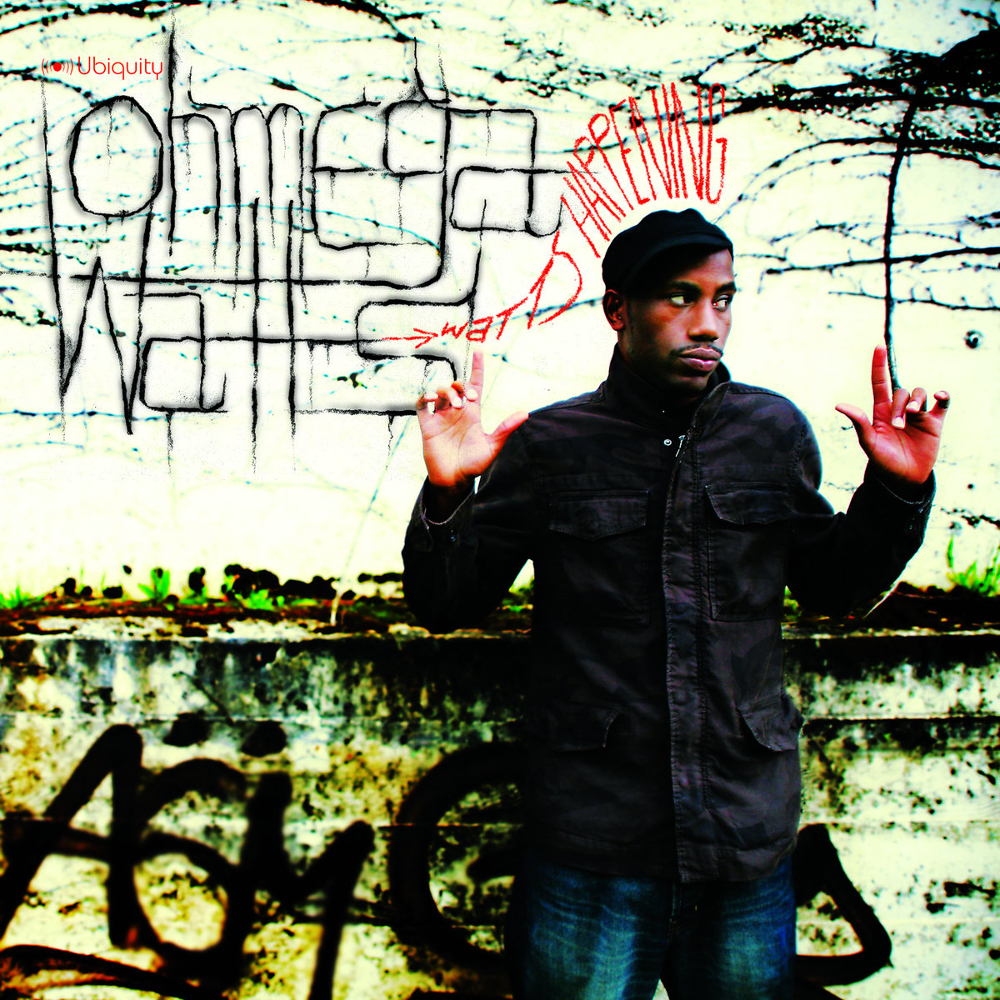 Ohmega Watts might be known more for his work with the group Lightheaded but he can also hold his own on the mic by himself.

Watts Happening was his second solo album and really stands out for its blend of hip-hop, funk, and soul.

Watts features Theory Hazit, Lightheaded, and a slew of others on the album. “Triple Double” and “Eyes and Ears” were two of the best songs on the album.

Pettidee – Resurrections: Past, Present, and Future 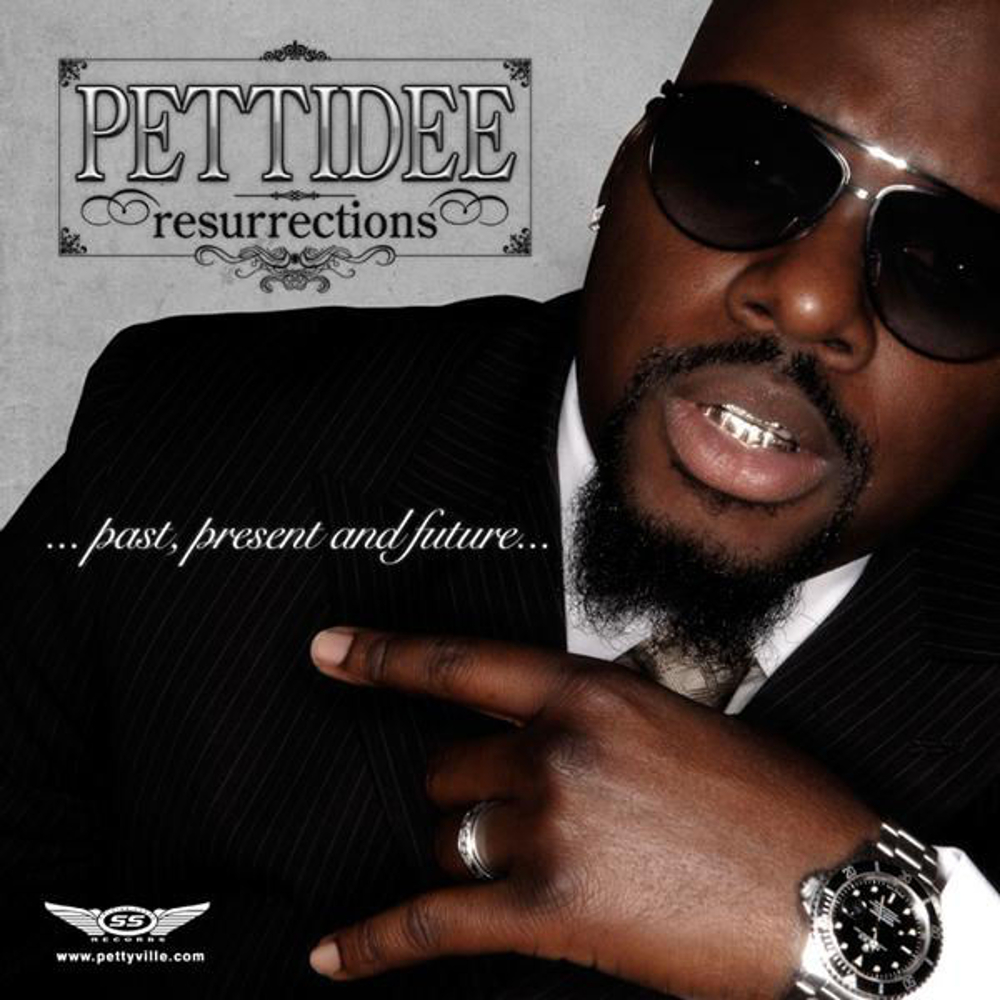 Pettidee has been quiet the last few years but in 2007 he dropped two albums, Resurrections: Past, Present, and Future and The Greatest Stories Ever Told. While both albums were solid releases for Pettidee, it was the first one that placed him as a force to be reckoned with in Christian hip-hop.

On this record, Pettidee takes his blend of southern hip-hop and infuses it with the crunk sound that was popping at the time.

He opens the album with perhaps his biggest single to date, the explosive, “I’m a Vet,” which set the tone for the album. 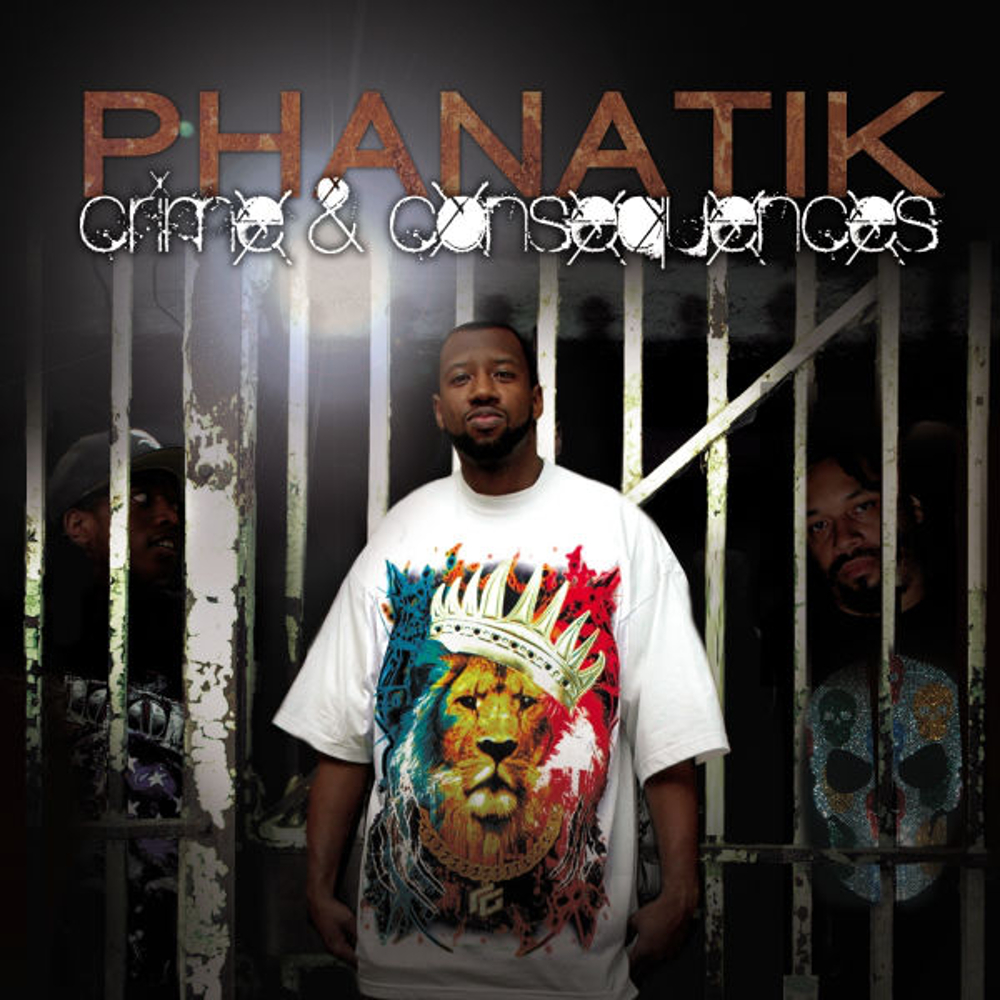 Phanatik is most known for his work with the Cross Movement, but he is also quite the proficient solo artist himself.

His second solo effort was Crime & Consequences and it featured his signature conscious and introspective storytelling.

The most notable feature is from Tedashii and the biggest song was “Show Em Off.” 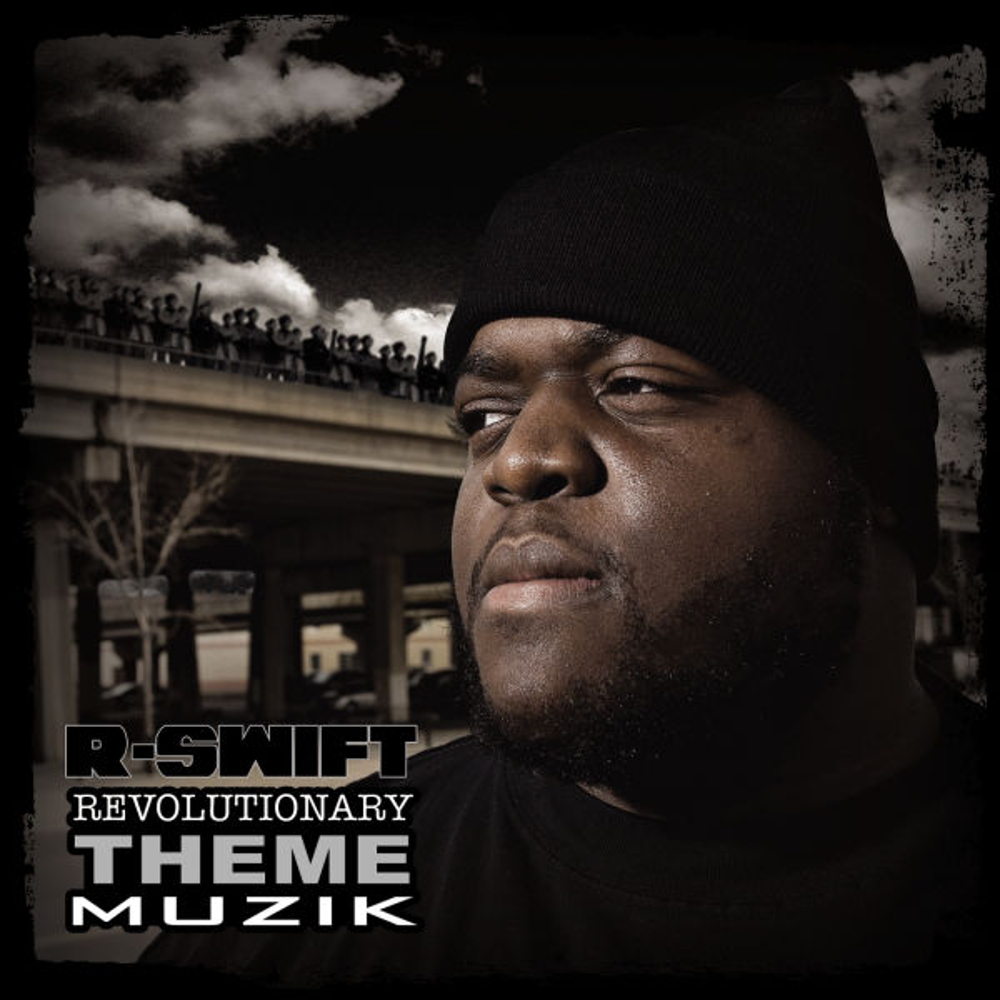 Swift has a solid amount of features including JR, K-Drama, Thi’sl, Shai Linne, Stephen the Levite, and more. 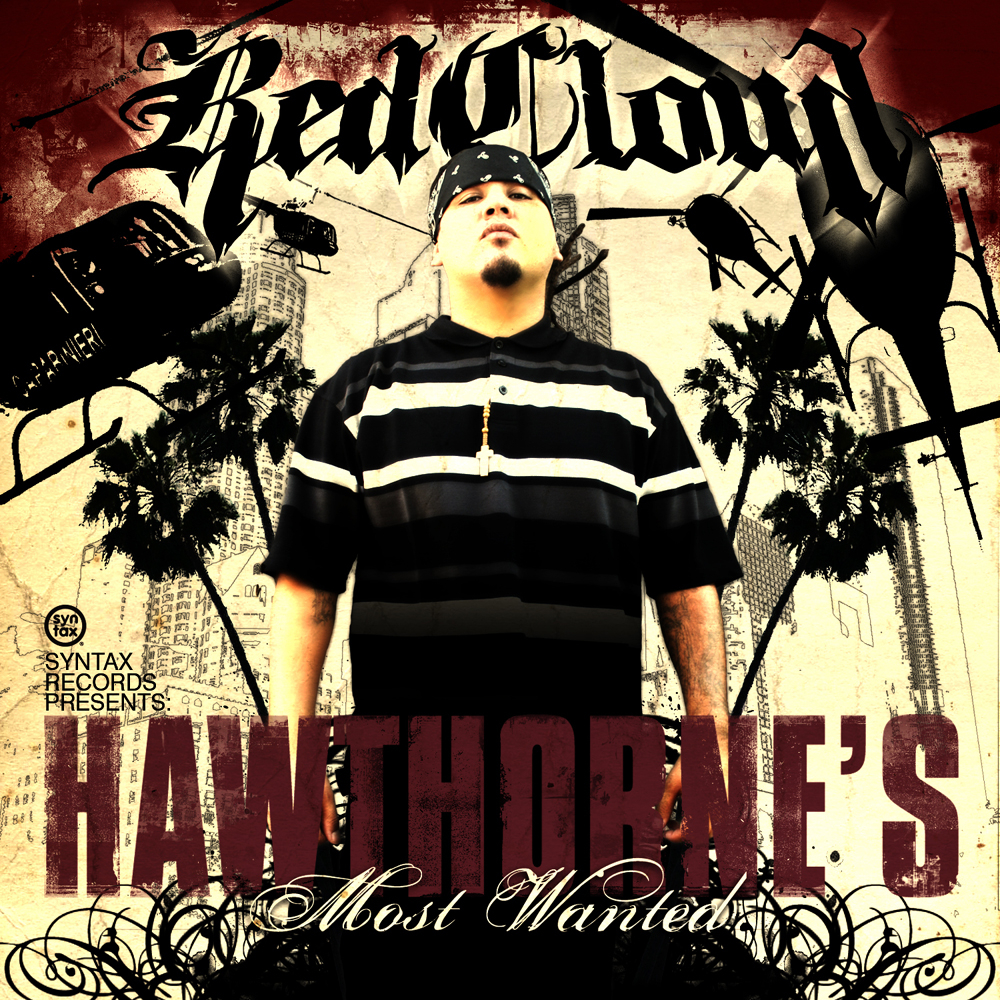 RedCloud was a huge deal in Christian Hip-Hop in the mid-2000s and his album Hawthorne’s Most Wanted released on Syntax is widely considered his best work to date.

The emcee collaborated with a lot of talent for this record and had features from Eek-A-Mouse, Tonex, Pigeon John, and Kurupt.

“Krylon Teardrops” was one of the bigger singles and had a music video as well. 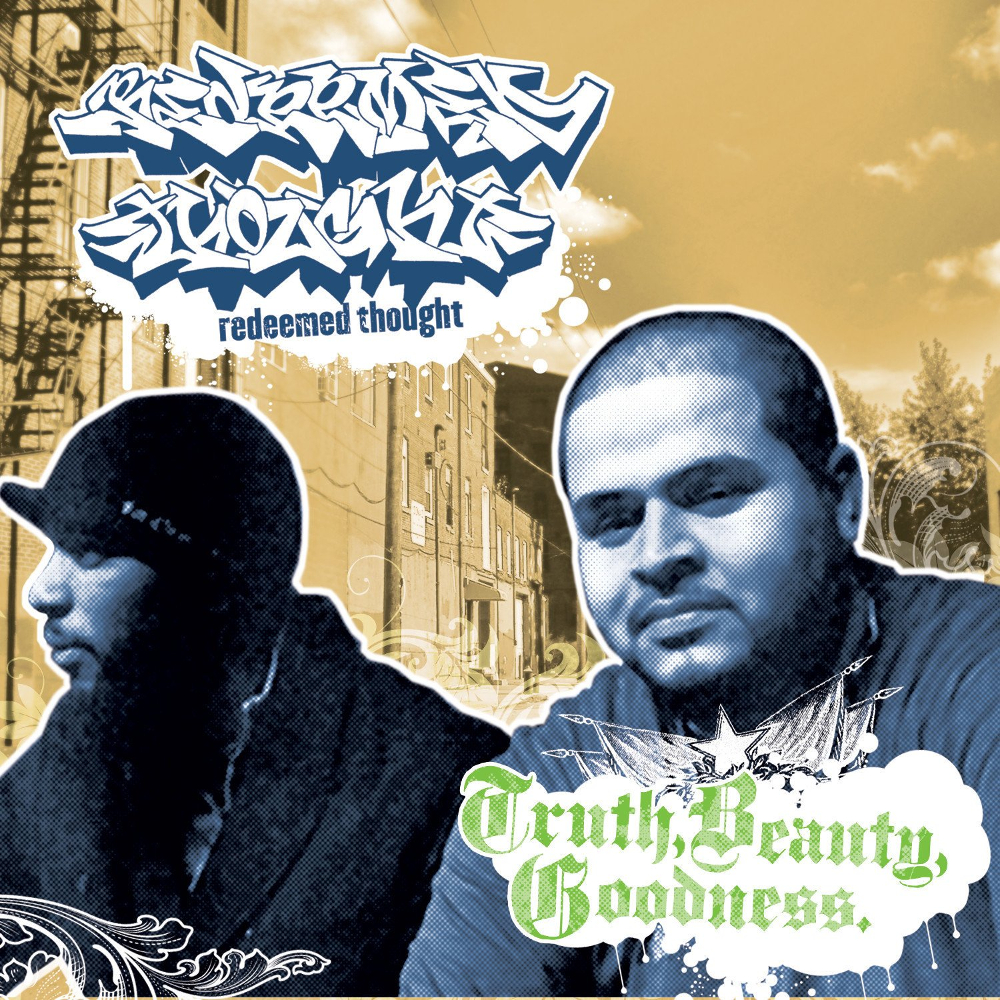 This next project came out in 2005 but was re-released to a much broader market in 2007 through Lamp Mode. Redeemed Thought, consisting of muzeONE and Stephen the Levite were the last standing two members of an eight-man group.

Stephen the Levite is quite the prolific artist on his own, but when these two got together they created something special. 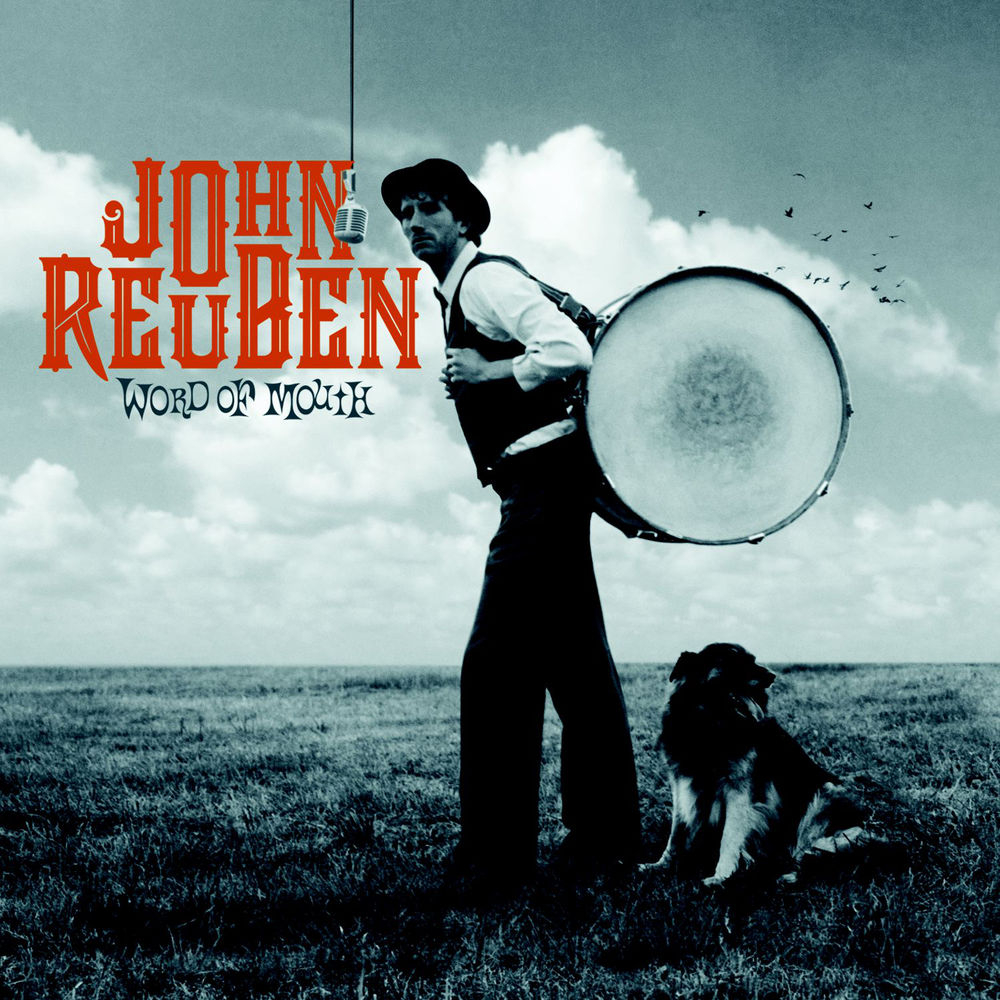 John Reuben hasn’t been around much lately, although he is starting to pop up again, however, in the mid-2000s he had a grip on Christian rap.

The always quirky and artful Reuben followed up his acclaimedThe Boy vs. The Cynic with Word of Mouth on Gotee Records.

There were no features but “Word of Mouth” and “Make Money Money” were the big tracks on the album.

Buy on iTunes and Amazon 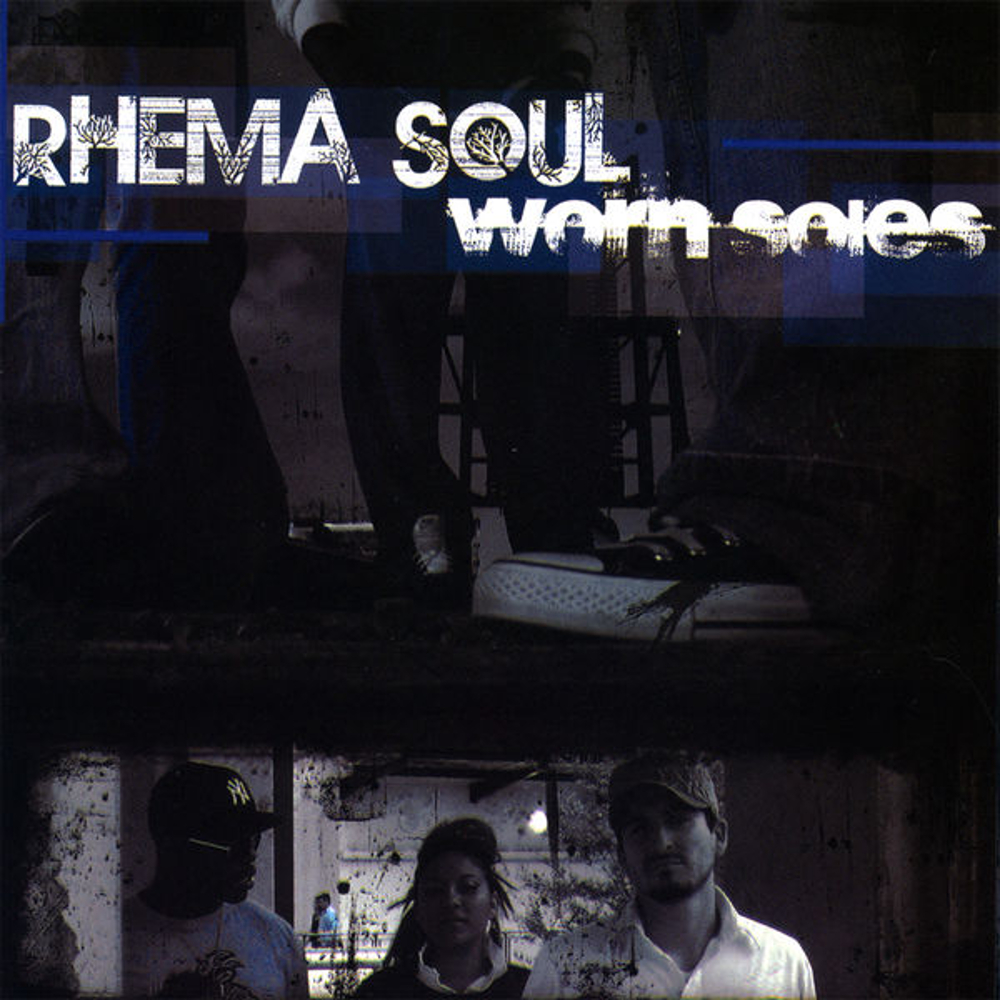 Many people think of Rhema Soul’s first release as Dope Beats Good News: The EP, but just a year before Butta P, K-Nuff, and Juan Love debuted with Worn Soles.

The debut was produced by G-Stylz, now known as GAWVI, and the 15 track record showcased what was to come from this three piece.

The song “All You Are” is the true standout of their debut record. 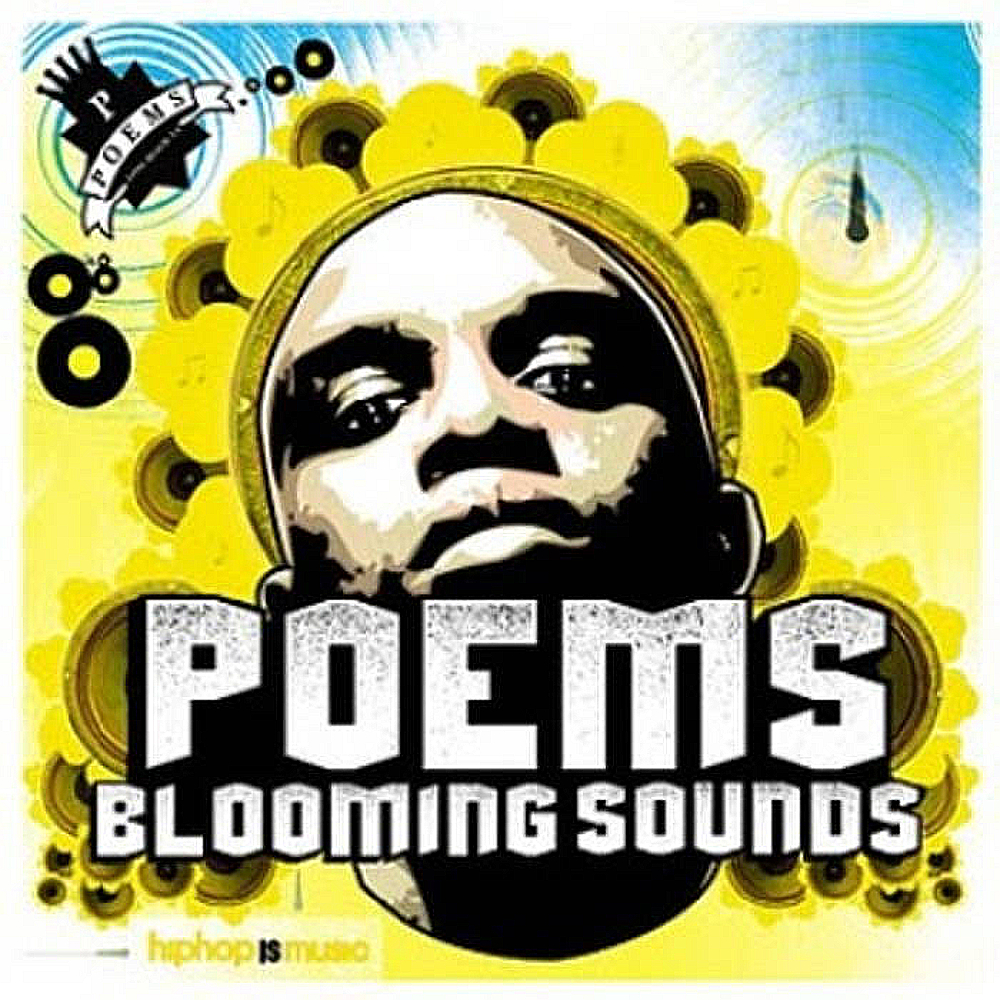 Formerly Sharlok Poems, this LA Symphony member has put out quite a few projects under his name.

Poems’ Blooming Sounds is just that, a soundscape of multiple producers working together to help the emcee tell a story about his walk with God.

Normally rapping with seven other guys, Poems takes it easy and has one track with rap features, “We Got It” with Theory Hazit, Sivion, and Sojourn.

The Cross Movement – HIStory: Our Place in His Story 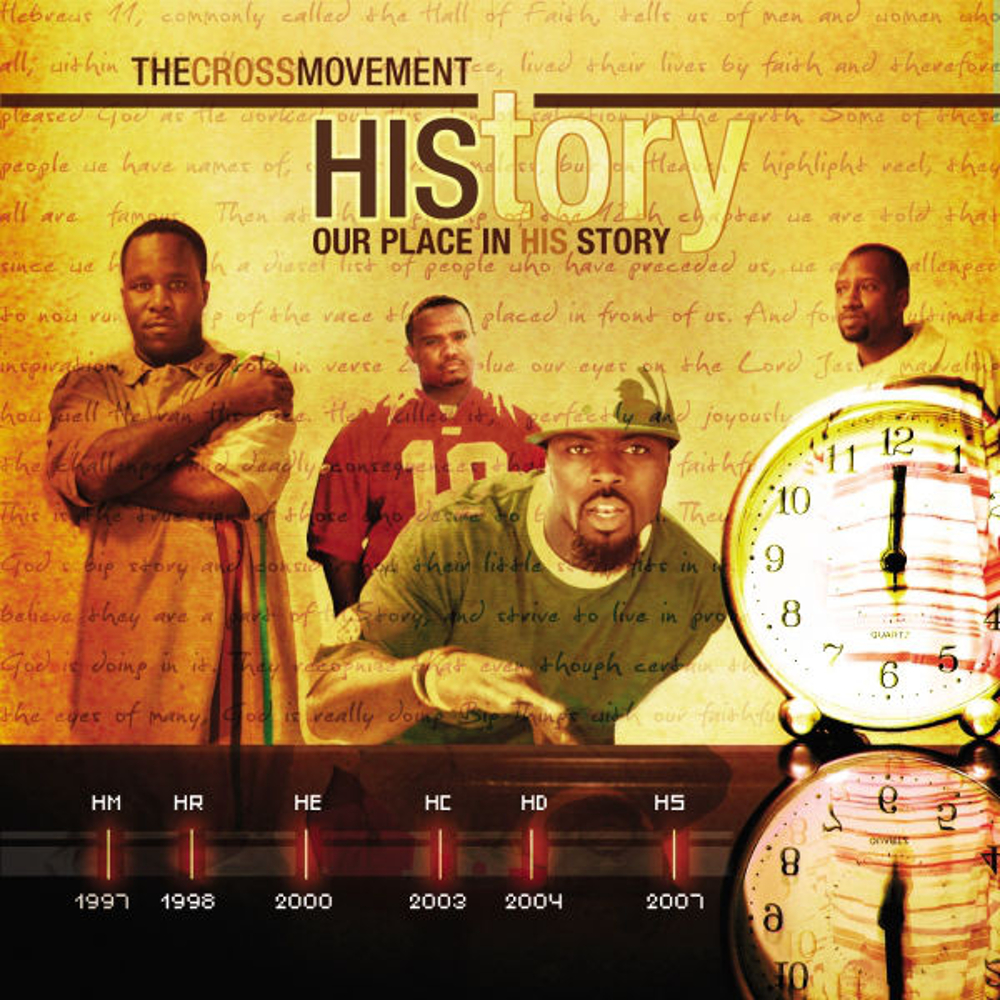 Christian hip-hop legends The Cross Movement released their final album 10 years ago. While it is possible they will make another one, this was the classic we were left with.

The Ambassador, The Tonic, Phanatik, and TRU-Life go out in style as they deliver on solo and group tracks equally. Key features include Tedashii, Trip Lee, Swift, FLAME, and Da’ T.R.U.T.H.

“Now Who’s the Man” and “The Last Cypha” are the memorable tracks on this finale. 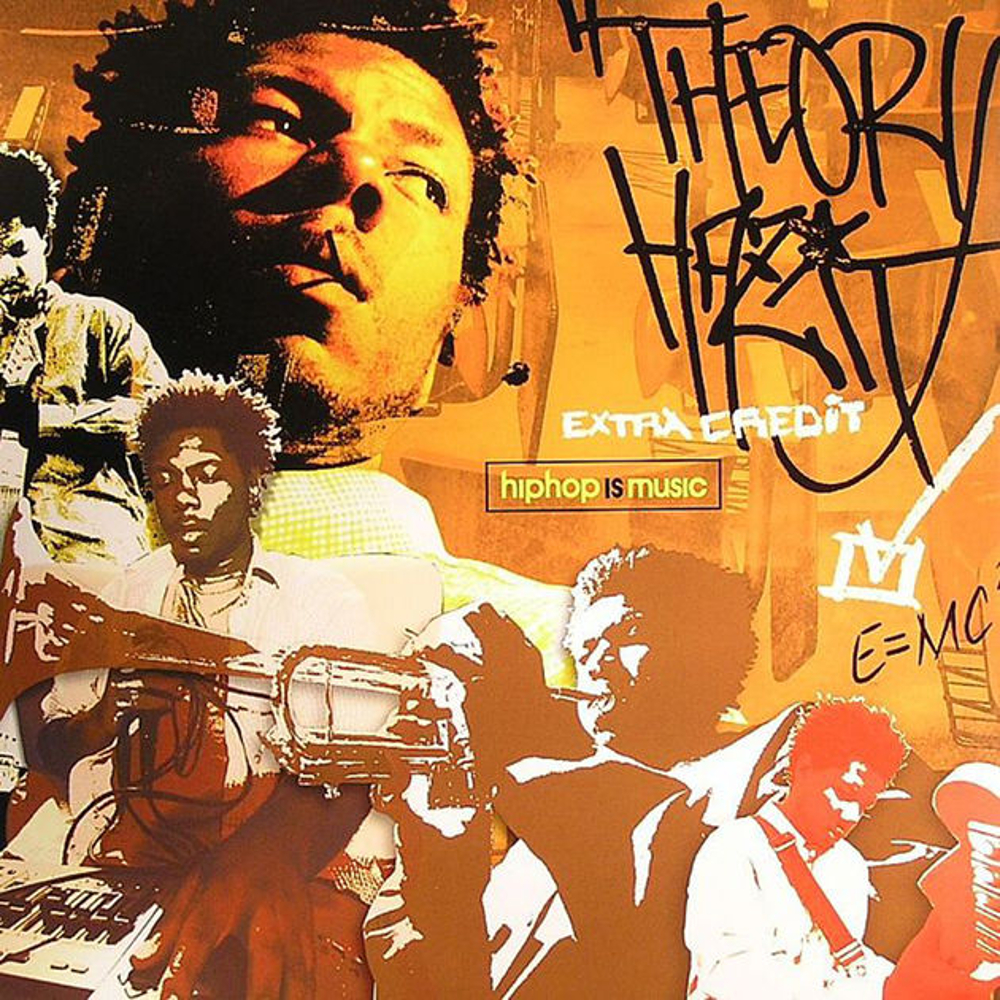 Theory Hazit has been a frequent collaborator on this list so it only seems fitting he’d have released an album in 2007.

His debut was praised and he even drew comparisons to Kanye West and Common at the time.

Some of the album’s features consist of K-Drama, Sojourn, Braille, Sivion, and Sareem Poems.

The Washington Projects: Commanders of the Resistance 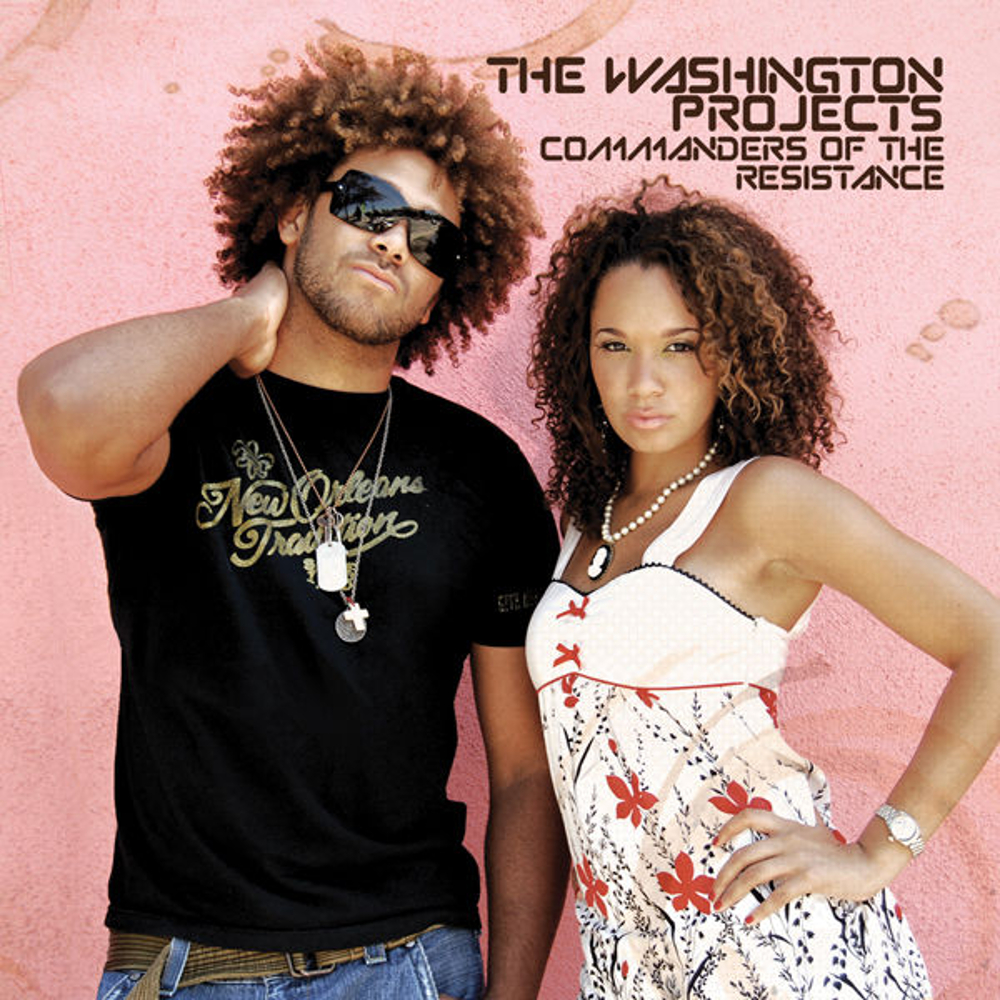 The Washington Projects brother and sister duo of Je’kob and Rachael Washington originally started out with their brother Joshua in the group SoulJahz.

After their widely successful The Fault is History they became a duo and used their last name as the group’s name. They releasedCommanders of the Resistance as sort of a second debut and built upon their hip-hop, dance, R&B, and worship sounds.

There many standout tracks on this record including “Move,” “Zephyr Wings,” and “Love is Like an Ocean.”

Sev Statik – Back to Dust 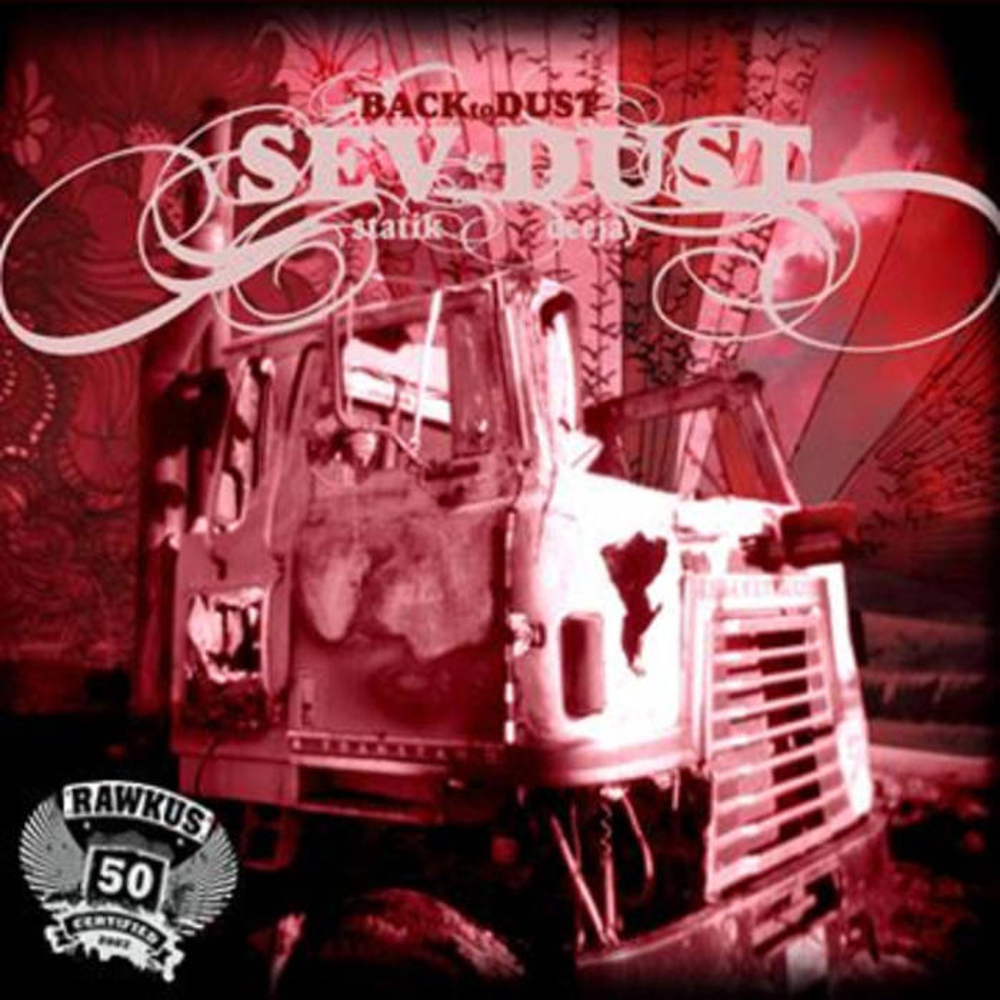 Sev Statik has recorded a ton of music over his long career and is also known for being in both the Tunnel Rats and Deepspace5.

His 2007 release of Back to Dustwas a collaboration album with Mars Ill DJ, Dust. The album was heavily regarded and bridged the gap between old school rap and the booming indie underground sound.

Theory Hazit, Manchild of Mars Ill, and Playdough (Now KRUM) made an appearance on the album that was by most accounts considered the best of the year.

Sho Baraka – Turn My Life Up 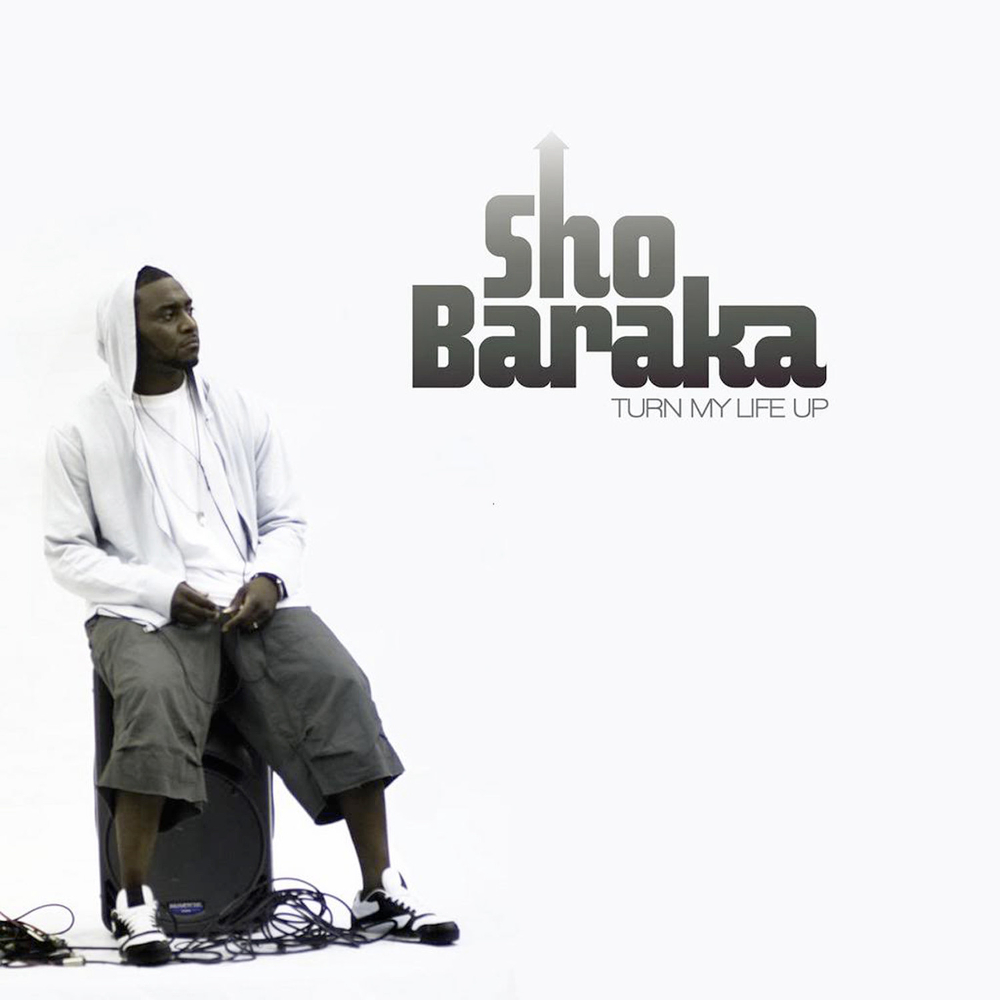 Sho Baraka of Humble Beast had his beginnings with Reach Records. While most of his label mates released projects in 2006 or in 2008, Sho debuted his music in 2007.

Sho’s first record showcased the early beginnings of where he’d wind up and also featured plenty of friends along the way. Lecrae, Trip Lee, Tedashii, Json, and Dillon Chase are just some of the names involved.

“Turn My Life Up” opened the album and proved as quite the introduction to Sho Baraka. 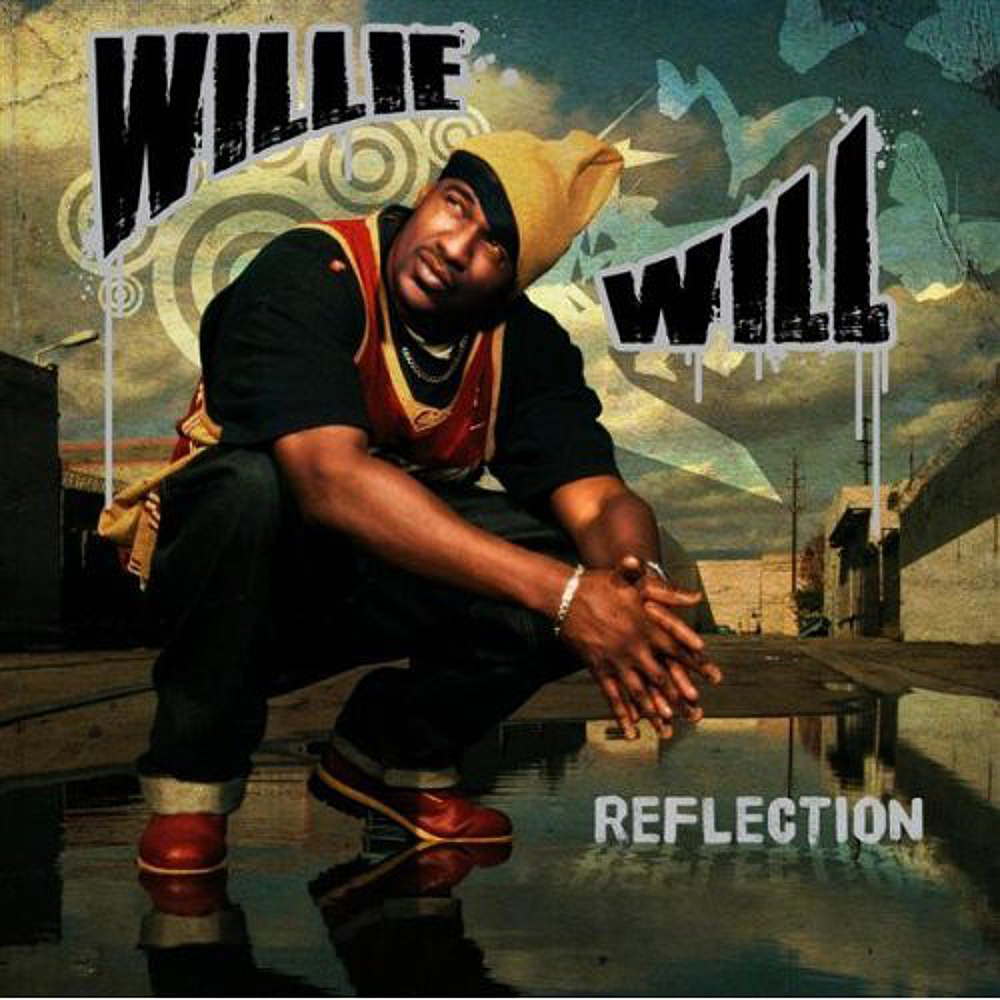 Way before Willie Will was releasing albums with 50 tracks, he was buzzing around Christian Hip-Hop.

In his BeatMart debut, he put out a lyrically strong project mixed with some light R&B.