3 Ways To Respond To Criticism 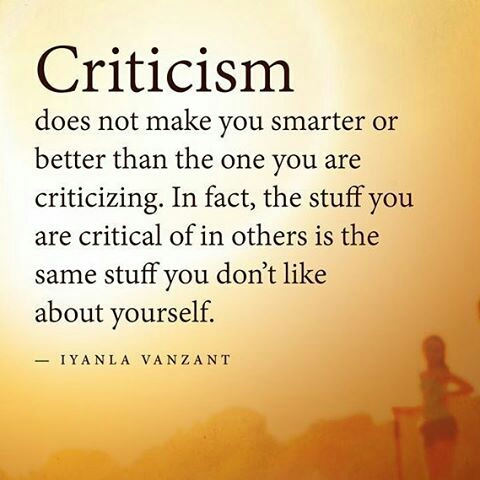 In life, there are three things that we can’t avoid: death, taxes, and criticism. From the suburbs of Texas to the urban areas of New York to the jungles of the Congo to the mountains of Nepal, people are desperately trying to figure out how to respond to criticism.

Criticism is “the expression of disapproval of someone or something based on perceived faults or mistakes.”

We receive it, we despise it, we can’t avoid it, and most of the time it hits us when we least expect it. Criticism can come from our all sorts of people — our spouse, boss, friend, enemy, church member, or a complete stranger. Although, we can’t control how criticism comes our way, we can control how we respond to it.

There is a hope and a strategy. It’s what I call the C.O.T Response. Usually a cot is thought of as a portable bed used for lying down. However, C.O.T. allows you respond to criticism in a healthy way, and not lay down in defeat, doubt, or discouragement.

Here are three ways to respond to criticism:

Chuck It: As a Christian, one thing that you can never forget is that you are in the middle of a spiritual warfare.

You may not be ultimately fighting against flesh and blood, but the enemy sure does use the flesh of red-blooded people to destroy, discourage, and dissuade you from following the will of God. Yes, God is alive, but so is the devil. You can be sure that wherever God is moving, Satan will be attacking. It’s in moments like these that you need to discern the wiles of the enemy through criticism, and “chuck it”!

“Be sober-minded; be watchful. Your adversary the devil prowls around like a roaring lion, seeking someone to devour (1 Peter 5:8).”

Don’t be devoured by criticism.

Own It: Let’s face it. Some of the most insecure people in the world are Christians, especially us Christian leaders. We tend to wear our feelings on our sleeves. We don’t enjoy being challenged, questioned, or criticized. However, you need to own up to a very import truth every single day — You are not perfect!

Let’s be honest, we all make mistakes, a lot of them! There are moments in your life where you’re just not operating in the Spirit but rather walking in the flesh and making a mess.

The Lord says that you must constantly, “consider your ways (Haggai 1:7).” There are moments when you to flat out need to “own it” because its time to consider your ways, then change your ways. You cannot arrogantly assume that every word of criticism is coming from someone being used by the enemy. In fact, sometimes those challenging statements are coming from someone being used by God because you needed to hear them!

Test It: There are times when you’ll know immediately that someone is operating in the flesh and/or being used by the enemy to speak to you with ill-intentions. There will be other times when you’ll be convicted by the Holy Spirit knowing that you’re in the wrong, with the wrong attitude, with the wrong motivation, and God showed you grace by speaking to you through someone else. However, most of the time it is not going to be so easy to know how you should respond to the criticism.

Should you “chunk it” or “own it”? In those moments when it’s not so clear, what should you do?

It’s in these scenarios where you should “test it.” There are three ways to do this.

Second, test it with Scripture. God is not going to speak through someone in a way that is contrary to His Word.

Third, seek wise counsel. People that you love and trust will be able to protect you from harmful words but will also be able to tell you when you’re in the wrong and need to change.

Aristotle once said, “Criticism is something we can avoid easily by saying nothing, doing nothing, and being nothing.”

Always remember, if you’re doing anything of substance and meaning, criticism will come your way. It can’t be avoided, but it can be advantageous if you respond properly.