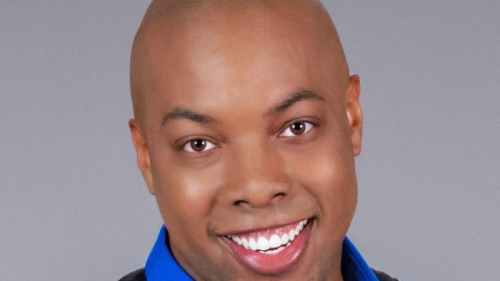 It wasn’t long ago if someone said stay away from drugs, we would immediately think of the obvious ones; Cocaine, Heroin, Meth and Weed, all of which are used to alter ones mental reality. However, there is another addictive drug that has been secretly altering reality, internet pornography

The reason this new drug is running prevalent in our society, hooking men women and children, really comes down to one word “Accessibility.” Unlike the substance based narcotics, the high is so easily at our finger tips practically at any given time and for free!

These physiological addictions have become all to common and like any narcotic story they are all different. One thing is consistent, the users had no idea this temporary high would call them out in the dark, similar to the Greek Siren Song (more about that later).

Being a Digital Content Creator, I have had the opportunity to interview hundreds of people and hear their stories of addiction and redemption. Allow me to share a glimpse from a man namedJoe that might resonate with you.

Whether addiction started as an accidental glance or you are an adult currently using it as a way to escape pressure from work or at home, take heart that you are not alone.

According to Trena Mewborn, Director of Counseling Service at First Baptist Church at the Mall, there are addicts in the church as well: “Just based on the couples that I’ve seen through the years, at least 50 percent of the couples who are coming forward have some type of struggle with pornography or internet affairs or some type of sexual issue.”

This actually should give you hope. Here is why: we are not alone in our fight for sobriety. Even among the “God Fearing,” people are not perfect.

Overall, it’s pretty easy to see how detrimental this new drug is, but let’s turn our focus toward solutions. Here are a few basic ways to break addiction and gain freedom, if you want it. Science has discovered our brains are wired similar to a computer (a very complex computer) which means they can be rewired.

Since we already established that you are not alone, it’s time to find someone to be honest with. A person that is preferably of the same sex you can be honest with and help you stay encouraged. Look for a support group, church resource, best friend, whomever that can keep you accountable. This can be the hardest first step, because as people (especially men), it can be very hard to open up and be vulnerable because it feels like you might be the only one. Remember the stats from early, you would be surprised how many people have overcome or are going through the exact same challenge you are.

Let’s be honest, is anyone actually going to get rid of their computer or smartphone? A few brave souls might but for the rest of us, forget it. The next best thing would be to filter usage. There are plenty of great filters out there but one of the best is Covenant Eyes. This software not only filters content, it monitors each website and search term used. It then sends a detailed automated report to an accountability partner. As users venture into the gray areas, it allows for an ongoing conversation on how to adjust behavior.

Filtering is not the be all end all, there are other ways to get the “cocaine.” Aside from filtering websites, you also need to filter friendships and communication. The unfollow or block button for certain social media accounts can definitely save you. If certain people are posting images that are triggers or communicating with them causes you to yearn for the crack, remove them. Many people make the mistake of getting on the correct track to sobriety, but still hanging around the dope dealer or going to places that provide a milder hit. i.e certain movies, Instagram post, chat room, etc. Remember, filtering is not just software it’s a lifestyle.

3. If you have ever dealt with any sort of goal, it’s important to focus on victories to stay encouraged.

Another great resource is an app called Victory. It’s designed to help users identify triggers on a daily basis, eliminating weak spots in behavior. In order to visually see your progress, the app includes a calendar to track success and setbacks. There is also an option to notify accountability partners with one click if you are feeling weak.

4. No person is an island and fighting addiction is no different.

In Greek Mythology there were creatures plaguing sailors out on the sea calledSirens. These creatures lived on an island and would sing songs so seductive and deadly, that whomever heard it would be so intoxicated by their sound they would crash their ship on the reef near the island and be killed. To me this a perfect deadly example of addiction, one that you can only understand if you once heard the Siren Song yourself.

There were two groups of people that made it passed these deadly creatures, Jason and the Argonauts and Odyssesus, each using two very different approaches. In order to escape the sirens, Odyssesus has his shipmates pour hot wax in their ears and tied himself to the main mass. As they came closer to the sounds of the Siren, Odyssesus began to scream and told him men to tie him to the mass of the ship. He begged for his crew to untie him but they could not hear him because their ears were full of hot wax.

After they passed the island, the crew unplugged their ears and Odysseus was untied. True, they made it through with a little planning and will power, but to me that doesn’t seem like real victory.

Jason on the other hand heard of a flute player whose sounds had magical properties. As they ventured close to where the Siren lay in wait, Jason instructed the minstrel to play. Jason knew that whenever the music was being played, this magic flute became the only sound that could be heard. The Sirens realized their addictive song would not be able to overtake the men in any way.

What can we learn from these two victories? Number one, In order to achieve victory there needs to be a plan and number two true victory only comes when there is something more sacred beyond yourself to focus on.