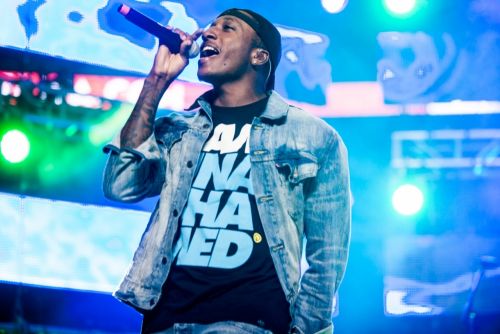 Imagine trying to be a missionary in another
country without even attempting to learn the
language. Any explanations of the gospel
would be useless. Your listeners would have
no idea what you are saying.

In some ways, many American churches are in
the same situation with their surrounding
neighborhoods. The church is using one
language to speak and sing about Jesus, while
the culture either doesn’t understand or
ignores it completely.

Christians can bemoan those changes and wish
culture still talked like us, or we can do
something about it. Right now, one of the most
dominant cultural influences on young adults
and teenagers is hip-hop music.

So how are church leaders supposed to
properly understand a cultural language that
has historically not often communicated a
biblical worldview? The same way you learn
any language, listen to those who speak it.
Thankfully for pastors and church leaders, there are several Christian artists who are
seeking to live as missionaries in the hip-hop
culture, while creating art that challenges
listeners and glorifies Christ.

They are rapping on The Tonight Show about
biblical solutions to real world problems. They
are appearing on MTV to communicate a
different, gospel-centered way to live. Millions
of people are listening, but are church leaders?

Using the early church as an example of
ministering cross culturally, here are five
reasons church leaders should be paying
attention to Christian hip-hop even if you never
buy a song.

Walking around Athens, Paul’s spirit was
troubled by the idols dominating the city’s
landscape. Yet, instead of shrinking back, he
went into the Areopagus, used the idol to the
“unknown god” as a starting off point, and
preached the gospel. For many Christians, the rap world may be as foreign as the streets of
Athens. But more people listen to hip-hop on
Spotify, a popular music streaming service, than
any other genre.

Christian rap artists can help pastors and
leaders see this “unknown god” as an avenue
for communication. This will not be an
automatic gateway to reaching millennials,
many of whom are hip-hop fans, but it is a way
to better understand them.

When the Holy Spirit filled the disciples on
Pentecost, they began to speak in different
languages. Because of this, people from
numerous areas were able to hear and
understand the message. This opened the door
for Peter to proclaim Christ. Speaking someone’s language grants us gospel
opportunities.

When it comes to hip-hop, simply
understanding the concerns that are present in
that community can open the door. It’s not
about using the right slang words or sounding
cool. It’s listening to people, getting to know
them, and sharing Jesus as the answer to their problems, as well as your own.

As the gospel spread and the church grew,
conflict and issues arose within the early
church. The Greek-speaking widows were
being overlooked in the food distribution. The
apostles heard the complaints and addressed
the issue by appointing deacons to meet the needs of those who had been unintentionally
ignored. Artists like Lecrae can become to
church leaders like those Greek widows were
to the apostles. They can help us expose
cultural blindspots and uncover opportunities
for change.

Lecrae’s autobiography Unashamed shares the
tragic story of his childhood and the
redemption Jesus brought to his life. Those of
us who come from a completely different
background can listen to Lecrae’s perspective
and learn how Christ can bring change in situations different than our own.

During his missionary journeys, Paul often
went to the Jewish synagogue in each city. Acts
17:2 says that was his habit. He went to the
synagogue where people would already be
talking about spiritual matters and then he
pointed them to Christ. There in Thessalonica, he won both Jewish and Greek converts.

In our culture today, hip-hop music is often the
most theological genre, even if it can be
misguided. Kayne West, one of the top rap
artists today, says his latest record is a “gospel
album.” It may not give a biblical gospel. But
he, along with virtually every other rapper, is talking about theological issues. Christian hip-
hop artists are bringing gospel truth to these
conversations. They allow church leaders an
entry point to a spiritual dialogue happening in
our culture we often miss or ignore.

Paul not only gave theological instruction to
churches in his letters, he gave ministry
updates. Churches would be told the spread of
the gospel, the state of Paul’s work, and
specific prayer requests for people and his
ministry. Believers were able to see that the church was much larger than their local
gathering. In a hostile culture, it reminded them
of their ultimate victory in Christ.

We need those same reminders today as we
face an increasingly antagonistic culture. It can
be encouraging to hear how God is at work far
beyond our circle of influence. Artists like
Lecrae, Trip Lee, Propaganda, and others offer
pastors and church leaders that opportunity along with the privilege of joining in the work
through prayer. Find out how God is at work
and pray that He continues to use these artists
to reach those far from Christ with the life-
changing message of Jesus.

You may never own a rap album, but you need
to pay attention to Christian hip-hop. You need
to hear how God has redeemed these
individuals and is working in and through
them to create quality art that unashamedly
preaches Christ crucified in a language that may be foreign to you.