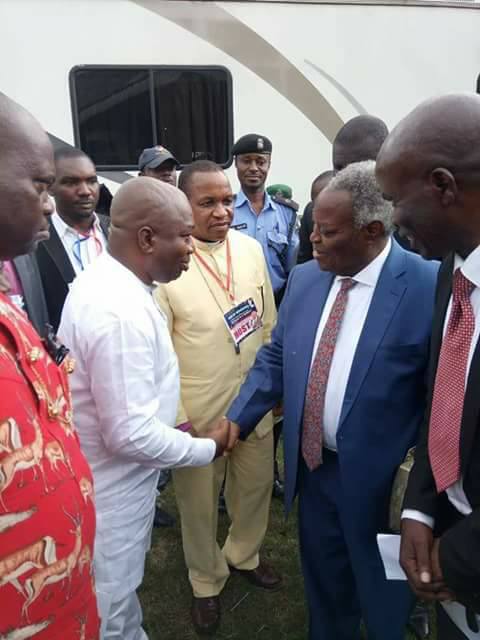 Five thousand cultists in Ogoni land, Rivers state, have on Friday night, renounced their membership of different cult groups and accepted Christ as Lord and Saviour at a peace and unity crusade organised by different denominations in conjunction with Deeper Christian Life Ministry in Bori , Rivers state.

The cultists who gave their lives to Christ shortly after a sermon delivered by the General Superintendent of the Deeper Life Bible Church, Pastor Williams Kumuyi blamed politicians for using them for their selfish goals after which they were dumped to suffer hardship.

One of the church leaders, who spoke to NAIJ.com after the crusade, said Pastor Kumuyi had earlier met with religious leaders, traditional rulers, youths and community leaders where he asked them to set aside their differences and harness their weaknesses and strengths in order to enthrone peace so as to attract development to the region.

At the meeting which was held at the convocation arena of the Ken Saro Wiwa Polytechnic, Bori, Pastor Kumuyi made it clear that peace and development could only thrive, if the Ogoni people learn to forgive each other, forget their past differences and determine to work together for a better and prosperous life for their people.

He said animosity and hatred could only breed communal clashes, violence and distrust even as he sued for peaceful co-existence among the various clans that make up the Ogoni land.

Pastor Kumuyi assured them that with peace and unity in Ogoni land, God will turn the hearts of government at all levels towards the oil rich community which will lead to progress and prosperity.

He said that when God must have finished doing His wonders in Ogoni, the people will look at their past like a child’s play; saying that the best of their past will be the least in all their endeavours.