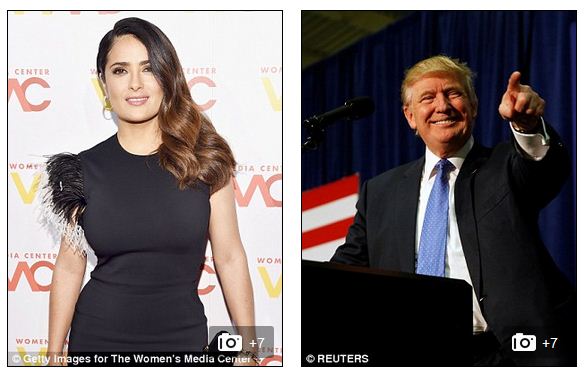 Selma Hayek is the latest woman to accuse Donald Trump of lusting after her, claiming on Friday the businessman asked her out repeatedly when she had a boyfriend.

Hollywood star Hayek, 50, said the Republican presidential candidate was so scorned by her rejection of him that he planted a magazine story which claimed he would never date her because she was too short.

The 50-year-old actress made the accusations on Spanish radio program El Show del Mandril in Los Angeles on Friday.

Trump, who has denied the allegations of ten other women who say they spurned his advances, did not immediately respond to them when approached, reports Daily Mail.

As at yesterday, Friday, 11 women have come forward to claim they are victims of his sexual misconduct.