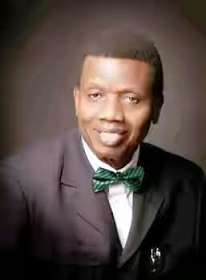 According to a report on Vanguard, the General
Overseer of the Redeemed Christian Church of
God, Pastor Enoch Adejare Adeboye has taken a
very dim view of pastors who try to follow fashion
trends and grow their beards. He said: “I don’t
want to see any of my pastors looking like fellows from the training camps of Al-Qaeda.”

He said older people who try to go along with the
times rather than set an example for the younger
ones cannot command their respect.

He said: “They often look up to their fathers for
direction but if a father himself does not know
what he is doing then there something wrong.

“The youths don’t respect an elder that
looks like them. You are supposed to be
their guiding light after they have fooled
around.”

He also spoke on the issue of pastors who try to
import tribalism into the church and impose
Yoruba songs on the congregation. He said such
people should leave the church or die like
Annanias and Sapphira while emphasising the
need for pastors in other parts of the country to encourage the locals to sing and rejoice in their
local dialects.

Pastor Adeboye who seems worried at reports of
disruption arising from arranged marriages
decreed that no RCCG pastor should be seen to be
involved in arranging marriages among brethren
in the church.

It will be recalled that Pastor Adeboye had earlier
counselled youths of the church on marriage,
saying “don’t ever marry outside the church and
you have no reason to marry outside RCCG. The
reason is that if you are both from the same
church even when trouble comes it is easier for the pastors to handle it!

“Don’t marry a girl simply because she can
sing! In the choir there are some people
that can sing but they are fallen angels!
Marry a prayer warrior! If a girl cannot pray
for one hour, don’t marry her.

“Don’t marry a girl who is lazy! Don’t marry
a girl who cannot cook, she needs to know
how to do chores and cook because you
cannot afford to be eating out all the time.

“Don’t marry a girl who is worldly! If you
do, you have carried what you’ll worship
for the rest of your life!” he advised

The 74-year General Overseer also enjoined all
pastors in the church to regularly do a medical
check up to avoid unnecessary and sudden
deaths that can be avoided with proper care.