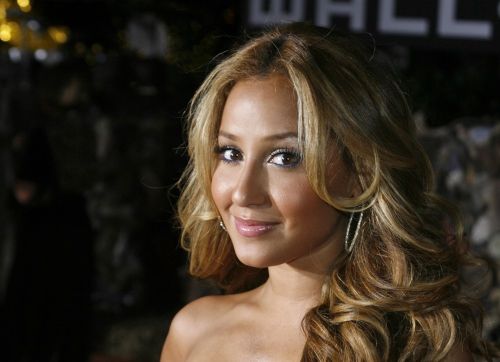 “It doesn’t need an explanation. I know the
truth and I think when you have friends and
loved ones that know the truth, and you know
that, God defines who I am, you know what I
mean?” Bailon said on a recent episode of “The
Real,” where she is one of the hosts. “I think God knows my heart. God knows the situation
and I think that I can rest in that.”

She also addressed why the new couple did
not announce their relationship sooner. Bailon
maintained that since they are only dating, they
are still just figuring things out.

Last month, Bailon, 32, was photographed in a
bikini on the beach in Mexico with Lakewood
Church worship leader (currently on indefinite
leave) Israel Houghton, 44. Rumors stemming
from the photos that Bailon and Houghton
were dating came just a month after Houghton publicly announced that his marriage of some
20 years was legally over. Bailon initially stayed
mum as the photos circulated and Houghton
was the first to addressed the rumors.

The former “Cheetah Girl” followed suit soon
after on her daytime talk show and confirmed
the relationship.

“Yes I am dating, his name is Israel Houghton
as some of you guys may know. I think I’m
more than anything grateful that I have a
platform like this, where I can be with my girls.
The show is called ‘The Real,’ it is a place where
we can speak about the truth,” the TV personality said. “With that being said, the man
pictured here is not married. Praise God.

Bailon was pegged as the reason for 44-year-
old Houghton’s divorce when the beach
photos surfaced, but the actress maintained
that she didn’t even know him at the time of his
personal failure, and said that the public
blaming her for a marriage ending was “obviously hurtful.”

The two first worked together on the 2013
flick produced by Houghton, “I’m in Love with
a Church Girl.” During promotional tours for the
film, Bailon revealed she was a fan of
Houghton’s music.

Bailon ended her relationship with ex-fiance
Lenny Santiago back in September 2015, and
Houghton announced his legal split from his
former wife, Meleasa, in late February of this
year.