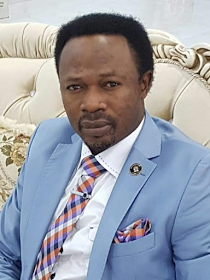 Again popular Abuja prophet, Bro. Joshua Iginla
has won the heart of Zambians after his prediction
of the just concluded presidential election came to
pass. Checks revealed that the fiery prophet in
January 2016 prophesied that the incumbent
president Edgar Lungu would retain his seat as president.

It was gathered that it generated a lot of
controversies especially when popular prophets
across the world especially one from South Africa
has chosen the opposition party as winner when
the election would hold. Reports revealed that
during Iginla’s three days crusade in Zambia On the 5th – 7th of May, 2016 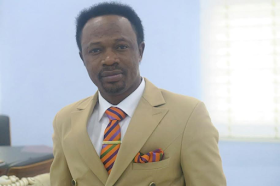 The economy will improve but not as
expected. The election in Zambia will be will
be like two lions fighting. The president
should pray in terms of the election
because I see betrayals from his camp and
so called faithfuls. But in my vision, I see someone trying to pull him from his seat,
yet he remain in the seat’’

Sources from Zambia confirmed that all he said
about the election which took place on Thursday,
11th of August, 2016 came to pass.

It was a tough time for the Zambians as the battle
for the seat of the President was one of a kind, one
that has never being experienced.

The battle was between the Leader of Patrotic
Front, who is also the sitting President, Edgar
Lungu and his opponent, representing United
Party for National development, Hakainde
Hichilema.

The result of the election was released on Monday, 15th of August, 2016, in favour of
President Edgar Lungu, confirming  Joshua Iginla’s
prophecy.

According to reports, Zambia’s incumbent
President Edgar Lungu has been declared the
winner of a closely fought presidential election,
but the result was immediately challenged by his
main opponent Hakainde Hichilema. Lungu, leader
of the Patriotic Front (PF), won 50.35 percent of Thursday’s vote, against 47.67 percent for
Hichilema, of the United Party for National
Development (UPND), the Electoral Commission of
Zambia said on Monday. The opposition party
quickly, however, rejected the result, claiming the
electoral commission had colluded to rig the vote against its candidate, to confirm the prophecy.