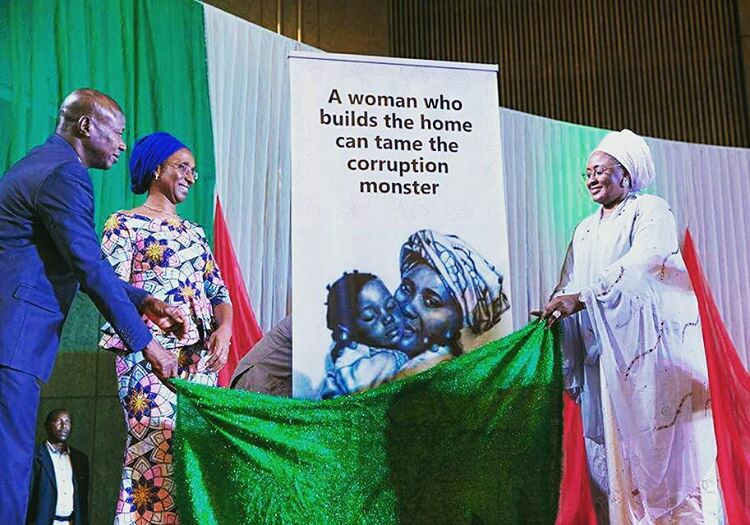 Wife of the President Aisha Buhari said on Wednesday in Abuja that it was time Nigeria women joined forces against corruption.

Aisha Buhari made the call in Abuja at the inauguration of a programme titled: “Nigerian women against corruption’’.

The event was organised by the Economic and Financial Crimes Commission (EFCC) in collaboration with the wife of the President.

The sub-theme of the event was, “ A woman, who builds her home, can tame the corruption monster’’.

According to her, corruption has eaten deep into the fabric of the Nigerian Society.

“This is a clarion call for us women to wage a determined and sustainable war against corruption, which hinders development in our dear country,” she said. 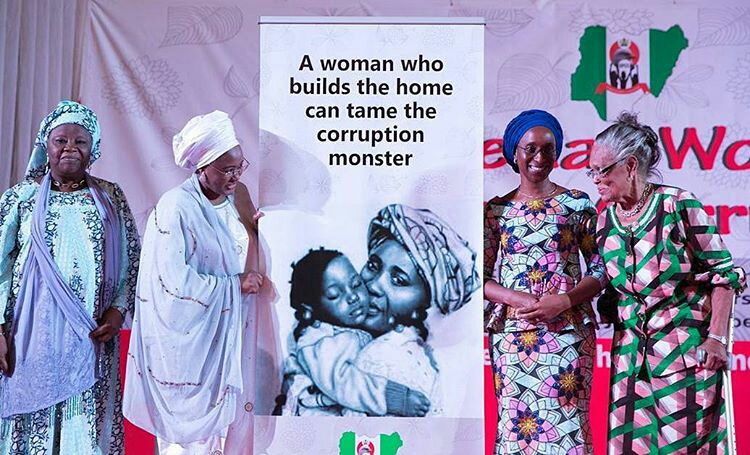 Aisha Buhari also said that corruption had crippled development efforts in Nigeria thus leading to the decay of infrastructure, among others.

She said the impact of corruption was obvious in the economic, healthcare and education sectors as well as in the rate of unemployment in the country.

The wife of the President stated that women are the vital instruments in the fight against corruption, which she promised to champion.

She, therefore, urged the 36 state governors in the federation to launch the programme in their various states.

She spoke of the need for EFCC to form a network of women groups to ensure an effective and sustainable war against corruption in the country.

Aisha Buhari applauded EFCC for engaging women in the fight against corruption.

“Let me remind ourselves that the homes are our first institution and we cannot be good citizens in the larger society without embracing integrity, virtues and accountability,”  she said.

She stated that it is heart-warming to have a man of integrity and a crusader against corruption in the person of President Muhammadu Buhari as her husband.

She extolled the virtues of President Buhari and his vice, Prof. Yemi Osinbajo, saying they are men of integrity.

Earlier, the wife of Vice President, Dolapo Osinbajo, described the day as a memorable one in the history of Nigerian women in view of their formal recognition as soldiers in the fight against corruption.

Osinbajo, who described women as agents of change, urged them to join the fight against corruption. 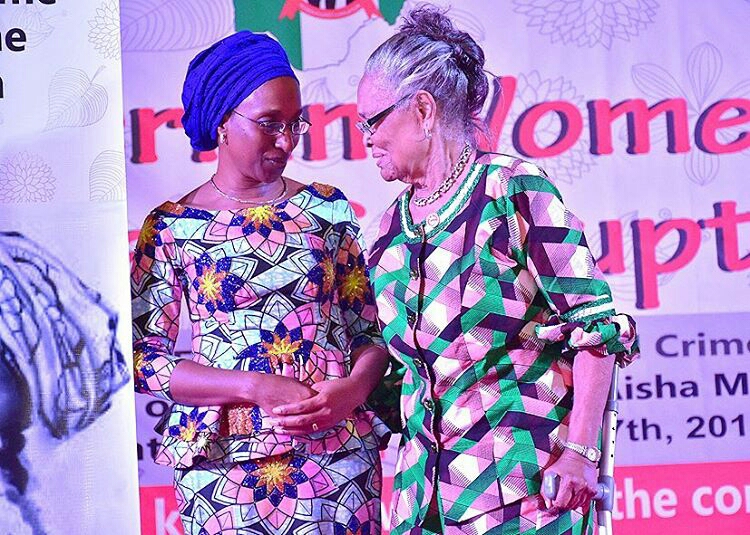