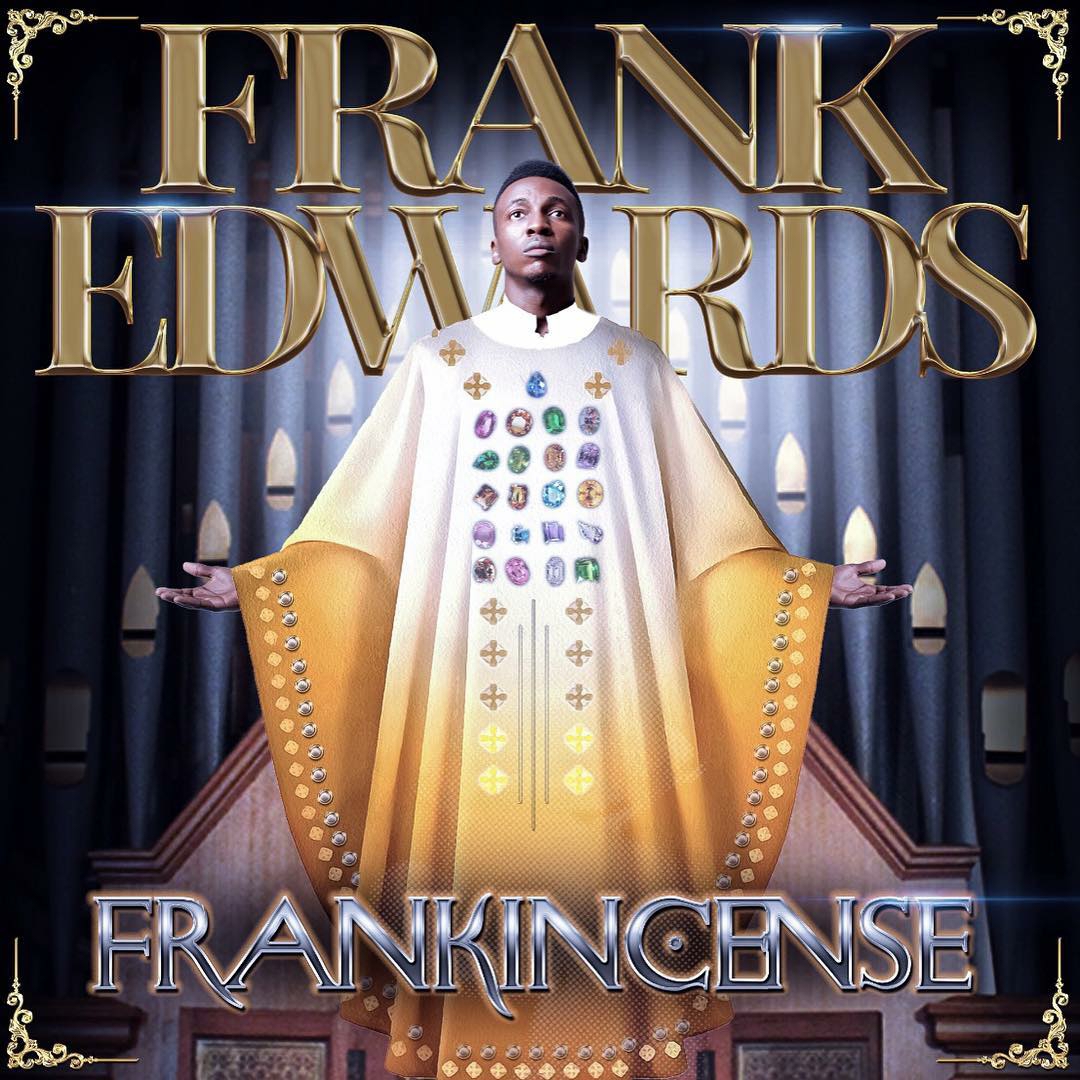 At a lengthy 21 tracks, all written and produced by
Edwards himself for his own Rocktown records,
Frankincense runs the risk of being monotonous
and indeed after about the first two thirds, the
record begins to drag as the songs start to blur into
each other. But when what has come before is so rewarding and musically rich, then it becomes easy
to forgive Mr Edwards this excess.

The genuine faithful by now know what to expect
from a Frank Edwards record; keyboards, guitar
strings, his scratchy voice, helped along by licks of
autotune, big booming choruses that allow him to
stretch and display his stunning range and a feel
good, sing along feel to the proceedings.

Frankincense boasts all of these, and then more.
More comes in the form of international Gospel
superstar, Don Moen who sings in near effortless Igbo on the worship tune, Ka Anyi Bulie, as well as
US singer Micah Stampley who appears on Baba.

Edwards’ range of influences goes beyond cookie-
cutter gospel pop to embrace highlife sounds
(Oyege,) Country (Only You are Holy,) Motown (Na
You) and spiritual soul searching music (Onye). The
songs are ready made for as wide an audience as
possible and the choruses are booming, produced with every intention to be staged at huge arenas.

While Edwards’ song writing is pretty sublime, he
breaks no new grounds and falls into the easy
mold of generic, Pentecostal praise and worship
lyrics. Mr Edwards offers little of himself on the
records, except perhaps for a well-established love
for God and all things holy. This deficit of experimentation is not as glaring anywhere else as
it is on the song titles where at least 3 songs have
the Igbo word for praise in their composition (Nye
Ya Ekele, Agam Enye Gi Ekele and Nara Ekele.)
Which is not to say that any of these songs are less
than stellar. Any arrangement Mr Edwards touches seems to turn to gold and he teases acceptable,
rousing stuff from the most generic of material.

But even he cannot save the bland reggae lite
vibrations of Gratitude or the repetitive chants of
Ayaya. They mar but do not necessarily interrupt
the pure listening pleasure of the entire record.

Frank Edwards manages to outdo himself on the
album highlights, If God Be For Me, an ambitious
stunner that obeys no genre limitation rules and
Don’t Cry, a hope filled duet with the irrepressible Nathaniel Bassey.

It is near impossible to listen to Frankincense and
not come away with a modicum of appreciation for
the man who has managed to string together all
these influences with his faith and make it work for
a mainstream audience ever on the search for
cheap thrills. Frankincense is just perfect for its time. Praising God never sounded this rewarding.