During what seemed to be a peaceful protest
against police shootings of Alton Sterling and
Philando Castile in Dallas, Texas about an hour
ago, one of the protesters opened fire on Police
officers. No eyewitness saw the shooter, they only
said they heard gunshots and all ran away. An eyewitness Michael Baptista said he heard the
shooting and ducked for cover. Another
eyewitness said they heard about 12 to 20
gunshots and saw Police officers carry a wounded
undercover Police officer into a van. Another eye
witness said he saw a police officer with gunshot wounds to his shoulder sitting on the curb.

The shooter is suspected to have a rifle but they
weren’t sure. SWAT team were called and they are
now surrounding a building they think the
shooter or shooters are holed in. The condition of
the officers are not known at the moment. 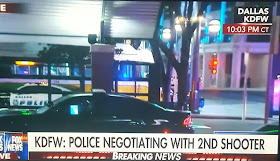 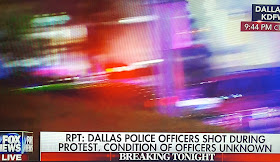 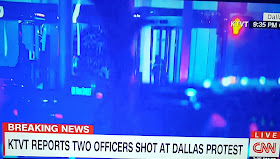 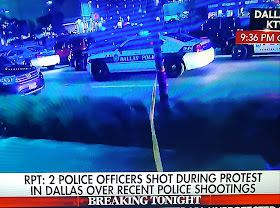 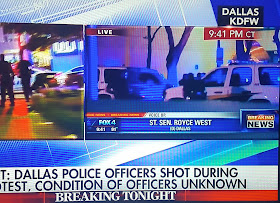 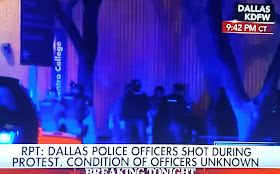 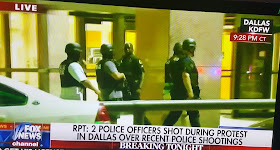 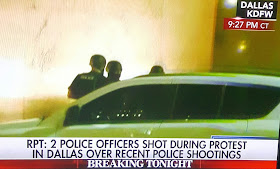