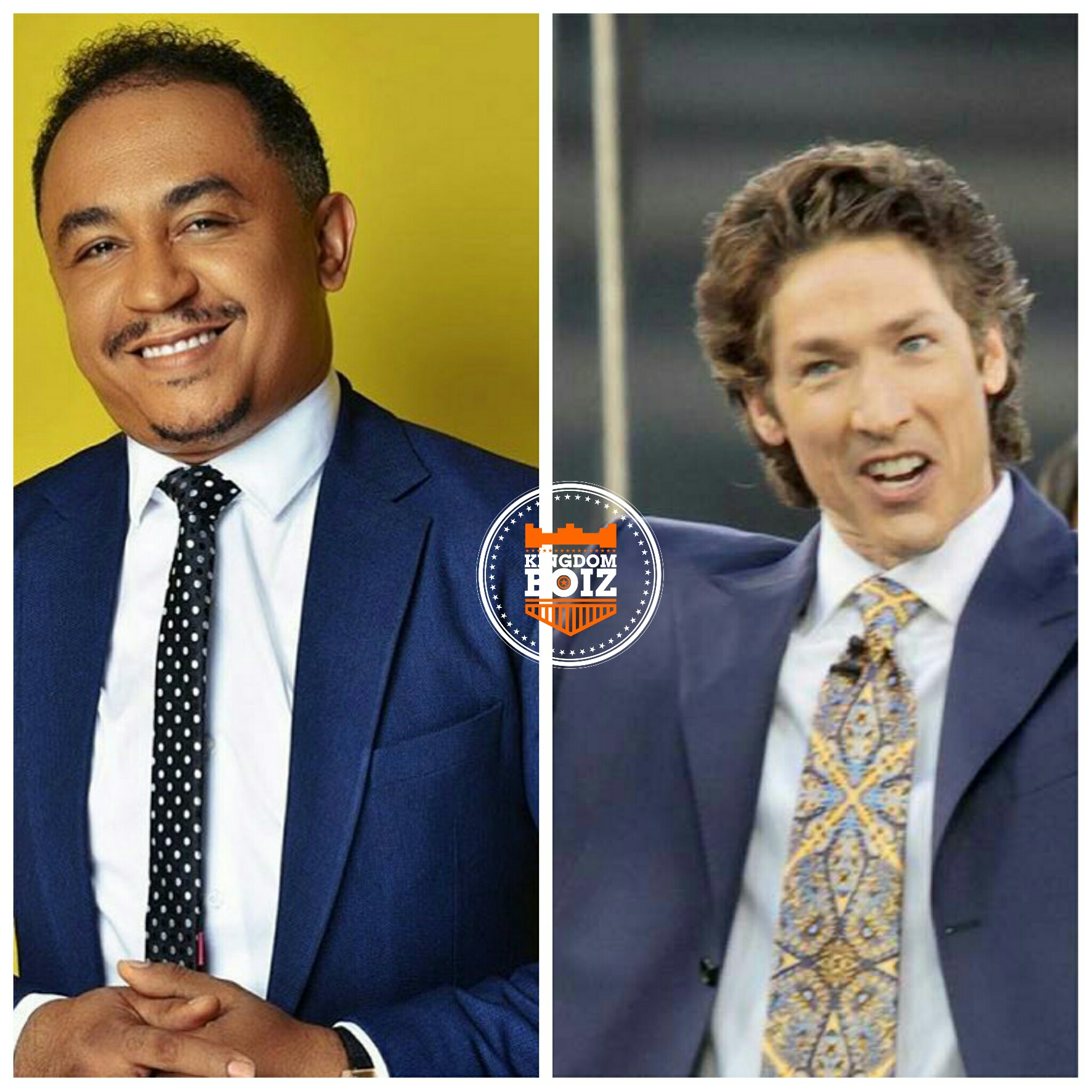 American Pastor and Televangelist Joel Osteen has been accused of closing the doors to his 16,800-person, Houston-based megachurch to flood victims.
Nigerian OAP, Daddy Freeze Who’s Popularly Known For Blaspheming & Always Criticising Men of God, took to twitter to ask Joel Osteen why he refuses to open his door to those stranded. The pastor blocked him straightaway. 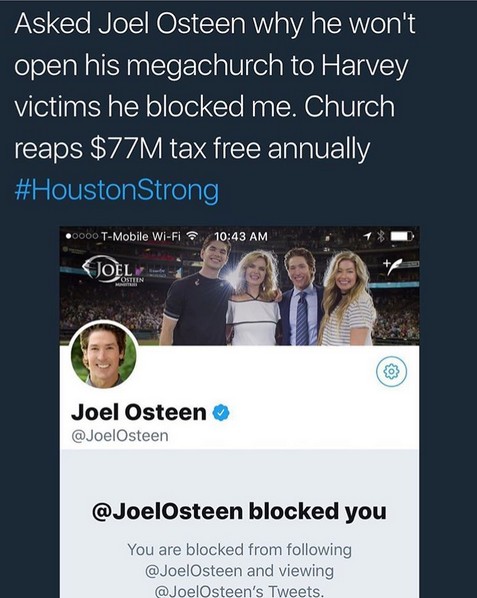 Do you think he should be arrested for always criticizing the things of God and bringing shame to the country. Or what do you think can be done??