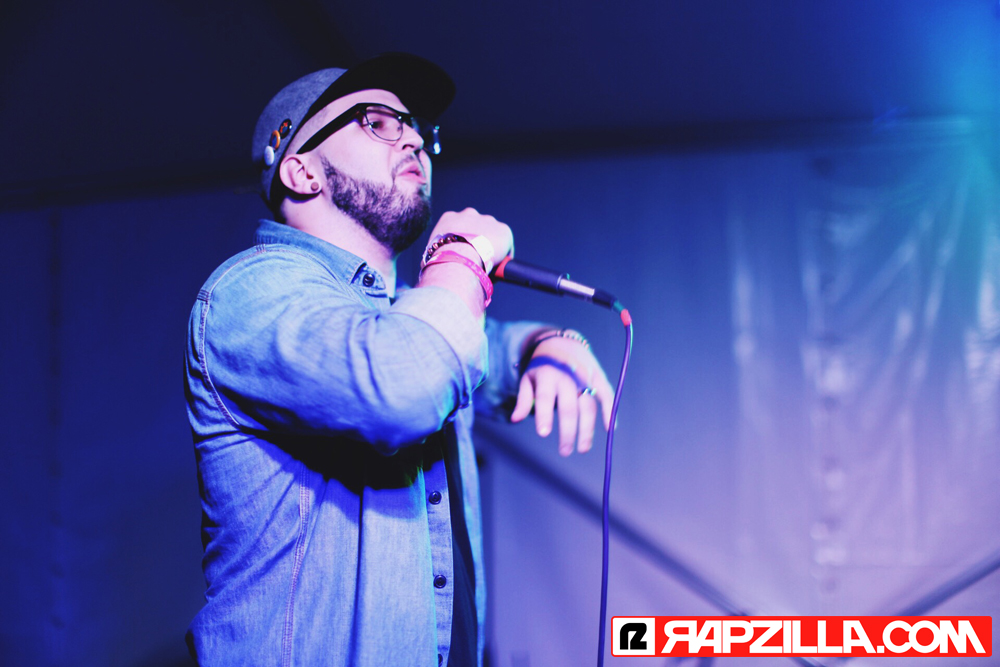 More than one row of attendees to Andy
Mineo’s SXSW 2016 performance seemed to
know his lyrics as well as him.

On Wednesday, Mineo participated in a 12-
act showcase at the Half Step bar in Austin,
Texas. He was the only explicitly Christian
rapper on the bill, which concluded with
Tory Lanez, but Mineo had no trouble
moving the crowd.

“The majority of the people at the front, I’d
say more than 90 percent, were Reach
Records fans already,” rapper/songwriter
Promise said. “You could tell because they
knew the words, and there’s apparel on.”

“I was actually impressed at how much
Reach supporters came out,” Dru Bex, an
artist signed to Toronto-based Role Model
Records, said. “And honestly man, it makes
all the difference because anybody
watching who sees that, they’re going to be, ‘Who is this guy whose got all these
people chanting his lyrics?'”

“I think one of the things I feel most
compelled to do in music is to bring truth
and beauty to a space where there’s a lot of
craziness,” Mineo said. “I understand there’s
times sometimes for music to party, but I
think my calling, what I want to do, is bring beautiful music with style and substance.

“I want to remind people of their value. I
want to remind people what they’re
supposed to be; what they were made to
be. We’re made to be a lot more than what
we’re living for right now. God has made us,
he’s designed us and he’s given us purpose and value and beauty. I want to see
everybody walking in that, so I want to
make music that’s going to encourage the
soul and empower people to be who they
were made to be.”

On the final hook of “You Can’t Stop Me”,
Mineo parted the crowd like the Red Sea,
leaped off the stage and jumped around
with his fans until the song ended.

Christian artists in attendance were
impressed by Mineo’s performance.

“He was dope, he was unashamed and
everybody jumped,” New York-based artist
Angie Rose said. “I thought the stage was
going to break, but it didn’t.”

“It was super dope to see a diverse group
of people — non-believers, believers — in
one area, and you got Andy spitting hard,”
Grand Prairie, Texas-based artist Street
Hymns said. “He had the people literally just
listening and feeling him while they’re drinking their drinks, while they’re chilling
with their friends, having a good time. But in
the midst of all that, it’s dope to see Andy
being out there, intentional, and not
forsaking who he is and what he
represents, which is 116.”

Marco Guerrero, a DJ at 91.1 KSGR in Corpus
Christi, Texas, said someone in front of him
turned around and asked who Mineo was
and, after finding him on the internet,
started filming his performance with his
phone.

“I think it’s always interesting when a
Christian is placed in this kind of setting,”
Shopé, another Role Model artist, said after
the set. “I think Andy held his own as a
dope performer, but also someone who
stood for truth, specifically as a Christian. … Right now, the crowd has sort of thinned
away, so he did it in a way that even non-
Christians were like, ‘Wow, this is really
dope.'”

Promise, who also praised Mineo, said he
watched how people in the back of the
crowd reacted to his performance
throughout.

“A lot of people at this event listen to a
certain type of music, which is the majority
of the artists on this bill — ignorant,
ratchet,” Promise said, “so those people are
here for that and that only. But they were
still listening. They were taking in Andy. They might not have been turning up with
him, but they were recognizing, ‘Oh, this
kid’s nice. He’s not really doing the ratchet
thing, but he’s nice.’ And they can’t discount
that.”

Well into the performance by the next artist
at the showcase, Mineo was still taking
pictures with fans.