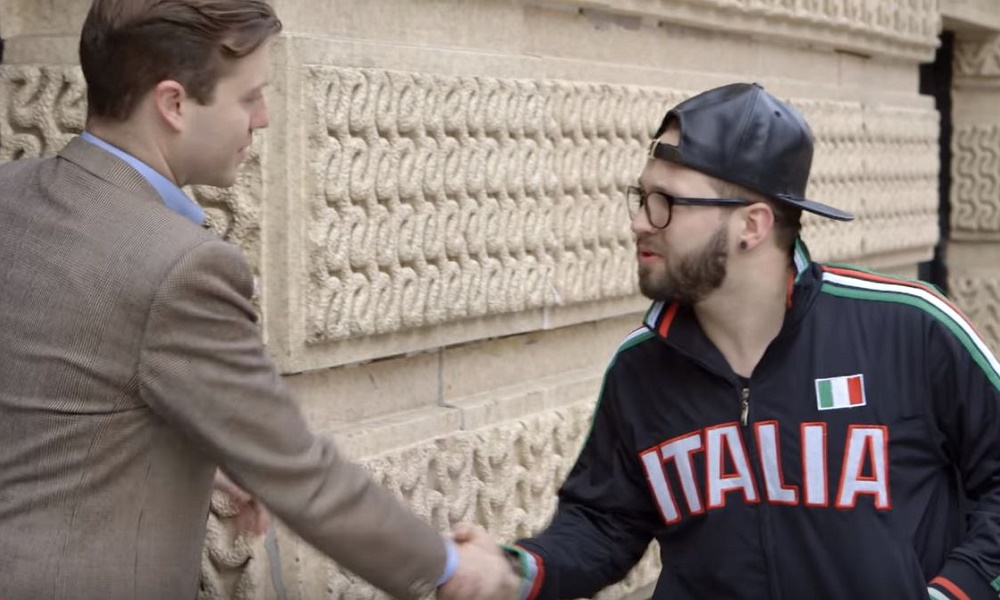 Weeks after the New York City-based rapper
revealed that he’s writing his first book, he displayed his acting ability in a comedic FLAMA skit
titled “6 Ways Italians Are Just Like Latinos.”

The performance may be fans’ first observance of
Mineo as an actor, but it isn’t the first time he
created a comical salute to his heritage (see: “Paisano’s Wylin'”).