Another Earth Tremor Occurs In Kaduna 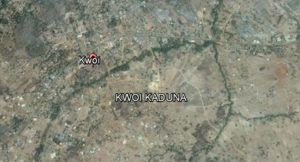 A third earth tremor has occurred at Kwoi
community in Jaba Local Government Area of
Kaduna State. According to residents of the
community, the tremor occurred yesterday
morning at about 9am and was accompanied by a
heavy vibration. Schools and offices in the community were forced to shut down following
the tremor. Many of them fear that their community
may soon experience an earthquake as the
tremors are becoming one too many.

A similar earth tremor occurred on Monday at
about 3am while the first one happened on
Saturday September 10th.