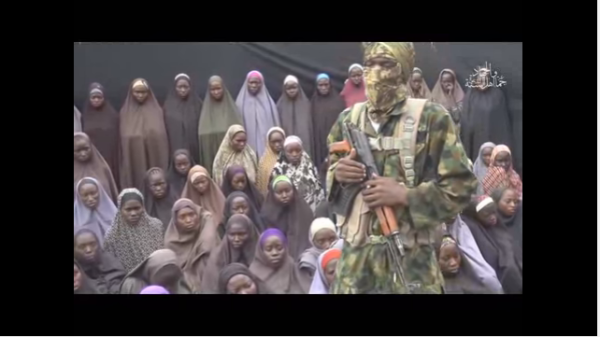 Another 21 of the kidnapped Chibok Schoolgirls have regained freedom.

According to a report by the Federal Radio Corporation of Nigeria (FRCN), the girls were brought to Yola International Airport in Yola, Adamawa State capital around 3 pm on Thursday.

The report did not include any more information, but said that the girls were en route Abuja to be presented to the president.

There is no official statement from the presidency.

The girls were part of more than 270 kidnapped Chibok schoolgirls held since April 14, 2014, by Boko Haram. Over 50 of them escaped on the night of their kidnap. 21 of them were released on October 13 in a deal brokered by the International Committee of Red Cross and the Swiss government.

After the release, the federal government said that the terrorist sect was willing to negotiate the release of more girls.

The Presidency has said that no new set of girls have been released.

Garba Shehu made this known in a statement on Twitter on Thursday night.

“To my friends spreading the news of a further release of Chibokgirls, we are not there yet.

The negotiations are ongoing and the Department of State Service, DSS are optimistic that they will be successful.

Today, the DSS took the 21 girls already secured to Yola, Adamawa stateontheir way home to celebrate the Christmas with their families.

No new girls have been released, but by God’s Grace they will be. Happy Christmas everyon,” he said