“Anyone Who Kills Another, And Says God Is Great, Is Insane” – Vice President Osinbajo 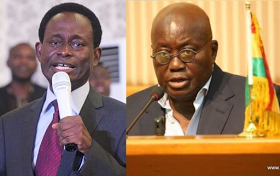 Vice President Yemi Osinbajo has said that those who kill in the name of religion are insane. Osinbajo said this at the 2017 Armed Forces Remembrance Day Celebration Service in Abuja. Read what he said:

“We remember our departed military heroes. Against the Boko Haram, they stood side by side and fought the insurgents. The President said and I quote, ‘The military that I joined never recognised tribe or religion, we fought side by side”. We must never be deceived by those who kill in the name of religion. Anyone who kills another, and says God is great, is insane.

He does not understand what he is saying. Today, we celebrate our fallen heroes. We do so with the wisdom of the scriptures. The battles they fought against are the battles to ensure that good prevails over evil in Nigeria. Many of our soldiers died in the North-East. At some point, this evil ideology of the Boko Haram had taken over 14 Local Government Areas in this country, before the military engaged them and won. Soldiers occupy a special place in the gospel of Jesus Christ. The military profession is the only profession to which the saints are compared” he said