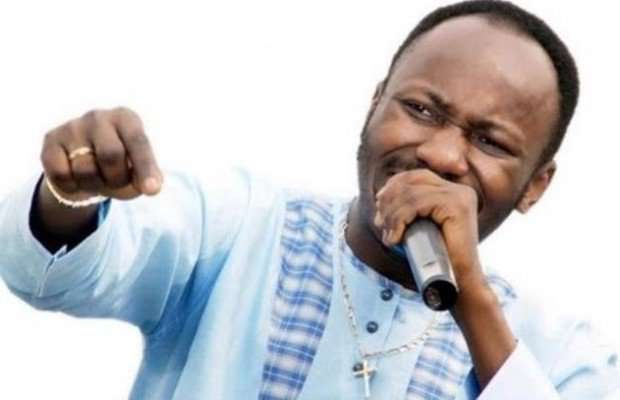 Apostle Suleman claimed that 2017 was going to be a tough year for President Muhammadu Buhari and]Yemi Osinbajo.

He claimed that 2017 was going to be a tough year for both President Muhammadu Buhari and Vice President Yemi Osinbajo.

Apostle Suleman delivered the prophecies at a church event titled ‘Fresh Fire’ revival, which took place at the new Lagos headquarters of Omega Fire Ministries, OFM. In the prophecies the man of God admonished Africans to sit up as God was going move mightily in the continent come 2017, especially in Nigeria and Ghana.

The cleric claimed that there will be many attempts to remove Vice President Yemi Osinbajo from office and that God would humble President Muhammadu Buhari in 2017.  He likewise prophesied a strained relationship between the church and government in Nigeria in 2017.

“Two times, Nigeria’s vice president, Yemi Osinbajo, will face removal from office. They will alienate him and they will make attempts to remove him. But God will humble Buhari in 2017. And the New Year is when the Nigerian government will fight the Church like never before,” he said.

Apostle Suleman came into spotlight when he prophesied that a governor in Nigeria was going to die in 2016. He also clashed with Kaduna State Governor El – Rufai over the religious bill in the state. Apostle Suleman was also one of those who denounced the popular ponzi scheme MMM as demonic and fraudulent.