Apostle Suleman To Pray With Donald Trump And Mayor Of Washington 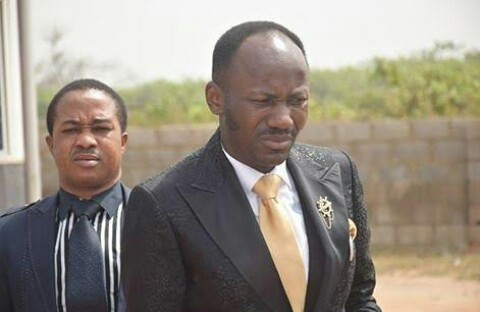 From DSS to the White House. Surely, 2017 is a year of blessing for Apostle Suleiman despite all the odds.

The news reaching us at the Kingston Dome is that Apostle Suleiman has been invited over to the White House to pray with the US President and the Mayor of Washington.

It is reported that the Apostle would be heading to the White House this coming month of March.

He also thanked Nigerians for supporting him during the DSS saga.

He said “I’m grateful to all. I never knew I was so loved. For the first time ever, fellow Nigerians behaved like Americans. Nigerians naturally have business-like mentality but I was shocked that on this particular issue, 90 percent of Nigerians spoke with one voice, saying “enough is enough”.

“We were not fighting any government, we just declared our stand that we are not cowards and we cannot be cowed by fear. I was so shocked at the level of strength and courage that I had throughout the period. And the courage I surmounted was aided by the love and exceptional concern shown me from all over the world. From over 70 nations, I received a lot of phone calls and text messages from people showing their love and compassion. I got messages of love from different people that I have never even met. I got up to 18,000 different text messages. I read and read. The solidarity was overwhelming. I was moved to tears.”

“One thing that first moved me was when I got to Abuja to see the DSS, the crowd I saw almost made me to go into hiding. The crowd was so massive that they were ready to take bullets on my behalf. It moved me. The love shown was not just about me but for what they believe in and it gave me so much courage and made me to realize that I was not alone. I’m not taking it for granted, that’s why I’m saying thank you to all. I have to confess that I’m yet to recover from that show of affection. I therefore want to enjoin Nigerians that in whatever situation that we find ourselves, they should keep hearing our voice and I want them to know that one day, things would be fine.”