Article: Distorting The Word Of God 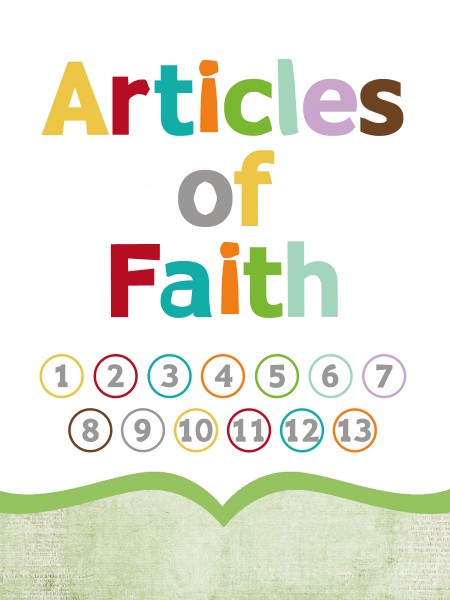 In his letter to the Corinthians, Paul found it
necessary to answer his critics: “We have
renounced secret and shameful ways; we do
not use deception, nor do we distort the word
of God. On the contrary, by setting forth the
truth plainly we commend ourselves to every man’s conscience in the sight of God.” (2
Corinthians 4:2).

But this is far from the truth. Paul is an expert
at distorting the word of God and at using
scriptures deceitfully. In Romans 3:10-18, Paul
cuts and pastes together six different Old
Testament scriptures in order to make the case
that no one is righteous in the sight of God. He does this out of his insistence that
righteousness can only be imputed to men as
a result of Jesus’ allegedly sacrificial death.

However, in doing this, he distorts every single
scripture he quotes in the confidence that his
largely non-Jewish audience would be none
the wiser. These distortions become apparent
as we dis-aggregate and examine the original
scriptures he supposedly refers to one by one.

However, Paul is being deliberately misleading.
David’s position in the original psalm is not that
everybody in the world is unrighteous, as Paul
would have us believe. While David begins as
Paul quotes by talking about the unrighteous,
he then goes on to talk about the righteous; the very people Paul is trying to convince us
do not exist. David later observes that: “God is
with the generation of THE RIGHTEOUS.” (Psalm
14:5). Therefore, this psalm does not in any
way support Paul’s bogus doctrine that all men
are wicked.

Paul then takes the next part of his hatchet job
from Psalm 5:9: “Their throat is an open tomb;
with their tongues they have practiced
deceit.” (Romans 3:13a). Here again, the
psalmist has a completely different viewpoint
from what Paul ascribes to him. While in the verse Paul cites, the psalmist applies his
invective to his enemies; he then proceeds to
talk about the righteous, the people Paul says
are non-existent: “For you, O LORD, will bless
THE RIGHTEOUS; with favour you will surround
him as with a shield.” (Psalm 5:12).

Paul continues with a line taken from Psalm
140:3: “The poison of asps is under their
lips.” (Romans 3:13b). But here yet again,
David is only talking about his enemies. He
soon goes on to differentiate the righteous
from the wicked: “Surely THE RIGHTEOUS shall give thanks to your name; THE UPRIGHT shall
dwell in your presence.” (Psalm 140:13).

Paul then quotes Psalm 10:7: “Whose mouth is
full of cursing and bitterness” (Romans 3:14).
But we need to ask the same question: does
the psalmist apply this as a blanket attribute
for all men as Paul would have us believe? The
answer is No! Here again, the psalmist differentiates between the righteous and the
wicked by identifying “the innocent:” “He sits
in the lurking places of the villages; in the
secret places he murders THE
INNOCENT.” (Psalm 10:8).

Paul now shifts from psalmists to Isaiah
59:7-8: “Their feet are swift to shed blood;
destruction and misery are in their ways; and
the way of peace they have not
known.” (Romans 3:15-17). But we know
Isaiah does not agree with Paul’s position because the prophet acknowledges the
existence of the righteous in his writings: “THE
RIGHTEOUS perishes, and no man takes it to
heart; merciful men are taken away, while no
one considers that THE RIGHTEOUS is taken
away from evil.” (Isaiah 57:1).

Finally, Paul ends with a quotation from Psalm
36:1: “There is no fear of God before their
eyes.” (Romans 3:18). But, here again, David
does not agree with him in applying this
feature to every human being because he
goes on to identify the “upright in heart.” He says to God: “Oh, continue your loving-
kindness to those who know you, and your
righteousness to THE UPRIGHT in heart.” (Psalm
36:10).

Finally, Paul ends with a quotation from Psalm
36:1: “There is no fear of God before their
eyes.” (Romans 3:18). But, here again, David
does not agree with him in applying this
feature to every human being because he
goes on to identify the “upright in heart.” He says to God: “Oh, continue your loving-
kindness to those who know you, and your
righteousness to THE UPRIGHT in heart.” (Psalm
36:10).

Can we still say “there is none righteous, no,
not one,” according to scripture? Certainly not!
Thereby, a major plank of Paul’s doctrine falls
to the ground.

Paul says: “The unrighteous will not inherit the
kingdom of God.” (1 Corinthians 6:9). But if
only the righteous will inherit and all are
unrighteous, where then will Paul find the
righteous to inherit the kingdom? This leads to
the fallacy that God justifies the ungodly: “To the one who does not work but believes in
him who justifies the ungodly, his faith is
counted as righteousness.” (Romans 4:5). It
also leads Paul to conclude erroneously that
Jesus saves sinners: “Christ Jesus came into the
world to save sinners.” (1 Timothy 1:15).

Jesus contradicts Paul by saying there are
many righteous men: “Truly I say to you that
many prophets and righteous men have
desired to see those things which you see, and
have not seen them.” (Matthew 13:17).
Indeed, the righteous are referred to over 139 times in the bible. Jesus says there are “just
persons who need no repentance.” (Luke
15:7). Therefore, he says he gives his life “as a
ransom for many” (Mark 10:45); and not, as
Paul says erroneously, “as a ransom for all.” (1
Timothy 2:6).

In fact, Jesus completely destroys Paul’s
doctrine of original-sin by saying Abel, the
direct son of Adam, was righteous: “On you
may come all the righteous blood shed on the
earth, from the blood of righteous Abel to the
blood of Zechariah the son of Berachiah, whom you killed between the temple and the
altar.” (Matthew 23:34-35).

How did Abel lose his sin-nature when he was
not washed in the blood of the lamb? Simple:
he never had it. Jesus says: “A good tree does
not bear bad fruit.” (Luke 6:43). This means a
good man does not have a sinful nature.
Furthermore, he says all little children belong to the kingdom of God. (Matthew 18:3). That
means babies are not born in sin. Solomon
confirms we are created
“upright.” (Ecclesiastes 7:29). Moses also
maintains we are not born corrupt: we corrupt
ourselves. (Deuteronomy 32:5). According to him, children “have no knowledge of good or
evil.” (Deuteronomy 1:39).

It is wrong for Paul to give Christians the
impression that it is impossible to be righteous
when God insists we must be righteous.
Throughout the scriptures, God’s main
purpose is to call men to righteousness. Jesus
says: “Blessed are they who hunger and thirst after righteousness! For they shall be
filled.” (Matthew 5:6). But Paul’s doctrine
militates against this kingdom imperative. What
would be the point if no one can be righteous?
Why bother if Jesus’ righteousness will be
imputed to us anyway?

Jesus’ doctrine of salvation says all men can be
righteous by repenting of sin. Therefore, we
have no excuse but to strive to obey his
injunction: “Be perfect, just as your Father in
heaven is perfect.” (Matthew 5:48).