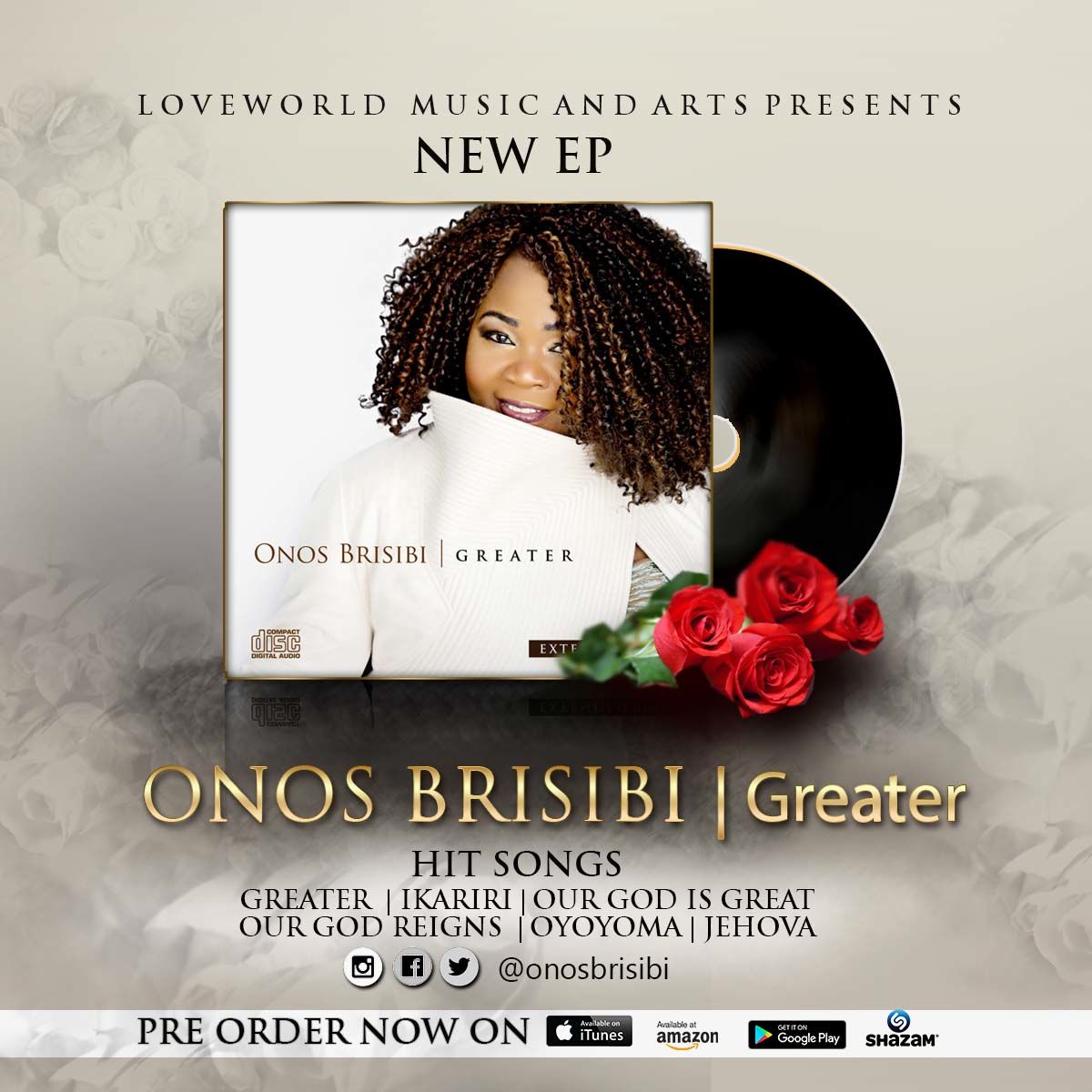 Onos who just recently released the official video of her hit track ”Oyoyoma” said, ”I’m really grateful to God for the EP Release. I just want you all to join in thanking God for the release of this blessing. I go to sleep and wake up with this Songs. So anointed and easily catapults you to a place of deep worship where heaven collides with the earth”.

Onos who is set to release her latest album first quarter of 2017, is putting finishing touches to the new album with hit songs – Our God is Great, Oyoyoma, Ikariri (Bigger), Greater and many more that is sure to impart lives.

Also in the works is her world tour that would kick off in the United states 2017.

Onos is the LMAM Regional Music Cordinator for the USA. She loves to serve and please God in all she does.