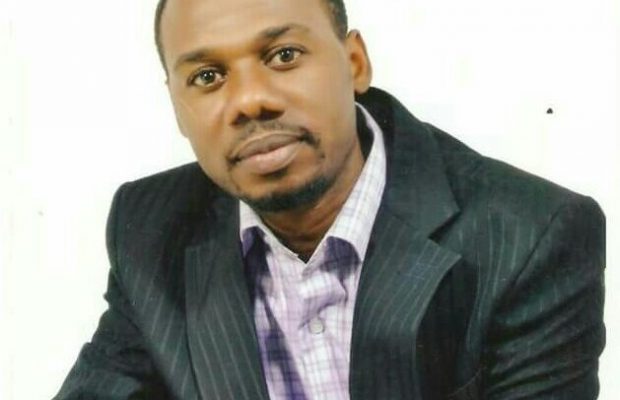 One of the youngest and vibrant seers right now is Prophet Ade Okeowo of Word of Liberty Evangelical Ministry, Ikorodu, Lagos. Most of his prophecies have  come to pass.

Recently, he assured Nigerians that the ongoing economic predicament will become history as people will marvel seeing petrol come to as low N25 or N30 per litre. This he held onto and much more revelations of hope when he had a one-on-one interview with ENCOMIUM Weekly a couple of days back at one of his crusades in Lagos.

When and how did the journey into the vineyard of God start?

The journey started in 2000, running the crusade from Nigeria to Togo, Ghana and other West African countries. I have taken my prophetic evangelism across different parts of Nigeria, including the north, south and the east. And God has been identifying with me since I started out.

Are you also into deliverance service or you’re restricted to evangelism mainly?

I am also a deliverance preacher. God is using me to also deliver people from bondage apart from being a prophetic preacher.

What’s the difference between a pastor and a prophet?

A prophet is someone God reveals what will happen, and God speaks to His people through His prophets. And anything prophets have revealed will surely come to pass. Not all are called, but God knows His own among those claiming to be prophets. But no one is appointed a judge over others. A pastor is a shepherd that’s in charge of the church, guiding the adherents by preaching the word of God to them. But we prophets speak directly from God.

If we may say, you’re one of the youngest seers in Nigeria right now. At what age did you start out as a prophet and how many lives have you touched so far?

I started when I was almost 30. And by the special grace of God, I have touched many lives through God that called me.

Starting a ministry at a young age might have attracted some challenges, especially temptations from women. How do you cope?

I experienced challenges especially from women just as you said. Before, women disturbed me by tempting my faith. A lady came to me for counseling, before I knew it, she striped herself before me. It’s God that saved me. I thank God for overcoming the temptation. It’s God that gives man the grace to ignore that kind of sight, not that it’s easy. But I give God the glory.

What are other challenges before coming this far?

There’re lots of other challenges. At times, you can be broke. You might be fasting and nothing to break the fast. You just have to continue. At times you move from place to place with empty stomach. Yu can’t tell anybody, you just have to continue the journey because you’re called. But still, I refused to give up. That’s why I am able to come this far.

Now, let’s talk about the country, the topical issue now is recession. A lot of people believe God knows about it and that the whole thing will become history, while some still hold the belief that President Muhammadu Buhari should be held responsible for the economic woes. As a prophet, what’s your take on this? Who is to blame?

We should not blame anybody. People should not even hold Buhari responsible at all. From what God has revealed to me, He sent Buhari to Nigerians as an angel. And God has also revealed to me that Buhari shouldn’t be worried, that everything will soon be alright. God showed me that Nigeria is like a second hand car (Tokunbo). We all know that if you buy a second hand car, it’s surely not in a perfect state. You will be fixing this today, that tomorrow until it’s fully fit. And it’s not something that will be done overnight. We all need to understand that if we want the country to move forward. Buhari is the one buying all the spare parts to repair the damaged car called Nigeria. By the time he completes the repair, the vehicle will move and everybody will enjoy it. That’s just the parable of Nigeria’s situation now.

In one of your recent interviews, you said prices of commodities will crash and even people will marvel seeing fuel price come to N25 or N30 per litre, how sure are you about this?

Yes, that’s what God has revealed to me. Listen to me attentively; I am not speaking my words but God’s. Now, people buy rice N25,000 per bag but God told me that we’re going to buy a bag of rice as cheap as N5,000. A US dollar will exchange for as low as N150. And fuel will sell for as low as N30 or N40 per litre. That’s what God said will happen in this country.

Will all these come to pass during Buhari’s administration?

God didn’t tell me that one. But He revealed to me all of these and more beautiful things will happen after all the pain. But Buhari’s efforts will lead to that. Nigeria will be forced to a stage of break up but God will intervene.

But Nigerians are panicking here and there, hunger, loss of jobs, insecurity and all that. Do you think there is solution on the way?

Yes, people should stop panicking. God knows about our problem in Nigeria and He’s the only one that can solve it. Everything that is in Nigeria, God knows about them. So, everybody should just be steadfast in prayer and seek His intervention. I strongly believe everything will be alright soon.

Is there any reference in the Holy Bible as regards the situation in Nigeria and God provided succour?

There are lots of references in the Bible that point to the fact that after hardship, there’s relief. For example, in the regime of Joseph, there was hardship, real one. And God used Joseph to prophesy to the land of Egypt that everything will come down. Joseph was a dreamer and God showed him what’s going to happen in Egypt. And during the time, Joseph was locked in the prison. But there was somebody close to the king who told the king that there was a guy in cell that could interpret the dream if he shared it with him, his name was Joseph. The king said he should bring him. He narrated the dream to Joseph and Joseph interpreted it that after the hardship in the land, there was going to be plenty of food. And everything came to pass. The same thing with Moses. God used him as well to communicate to his people that no matter the hardship, there was surely going to be relief. So, no hope is lost at all concerning Nigeria. Everything will soon be alright. There are many Josephs that God is going to use for the upliftment of this country, and Buhari is one of them.

You’re one of the prophets who also predicted that Buhari would win and that things might be rough in the beginning. What are the other prophecies of yours that have also come to pass in recent times?

I predicted the Olympic soccer final. I said Germany would defeat Nigeria, it came to pass. I even said it’s going to be 2-0. I said the gold medal was for Brazil, they all came to pass. I predicted President Jonathan would lose the 2015 presidential election, a lot of people didn’t believe it. Even some prophets almost bet their lives on it that Buhari would lose, but it was revealed to me that Buhari would win and he won. Even, God revealed to me that no matter what other governorship candidates in Oyo do, Abiola Ajimobi will emerge victorious and it came to pass. I still has a message for him.

Any fresh prophecy or prophecies for Nigeria?

My message is that Nigerians should hold on to God and that this recession will be a thing of the past. Nigeria will eventually work again. God told me to warn Governor Akinwunmi Ambode of Lagos State to beware of the way he chose his commissioners so that they will not destroy his government. Also, Governor Amosun of Ogun State should be careful of some people in the state, because some of them are hell bent in destroying his government as well.

Why are you based in Ikorodu?

I was in Ojota but God asked us to move to Ikorodu. And since then, God has been doing His wonders through me. I give Him the glory.

Tell us about your marital status?

I am happily married with two daughters. Glory be to God.