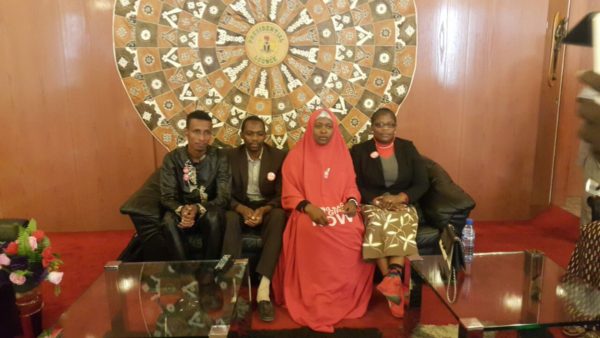 The Bring Back Our Girls (BBOG) group has sent a delegation to join the Federal Government’s team on  a day search sorties for missing Chibok girls to Sambisa Forest.

The group reviewed the conditions it earlier gave to the government to travel with the team heading for the North East to witness first-hand the military’s ongoing search for the girls.

The BBOG delegation included the convener of the group, Dr. Obiageli Ezekwesili, the spokesperson of the Chibok community, Dr. Manasseh Allen, Aisha Yesufu and Ibrahim Usman.

Recall that following the invitation extended to the group by government to participate in the search mission the BBOG had given certain conditions before its members would join.

Specifically, the group requested a  Pre-Tour Meeting with government officials and a retraction of some remarks allegedly made by the Chief of Army Staff, which it found to be slanderous.

The government in a letter signed by the Minister of Information ad Culture, Lai Mohammed had said that plans (some payments) have already been made and some international journalists were coming on the trip, so the trip cannot be rescheduled.

Following the position of government NAN reports that the BBOG reviewed the conditions and indicated acceptance to participate in the exercise.

In a letter to the Minister on Sunday night, the group asked government to “quickly provide us more details of the tour duration and detailed logistics including the names of the local and international media on the delegation.

“We need this  information to enable us send you a more substantial letter conveying our acceptance to join the Guided Tour”.

See the full letter below: 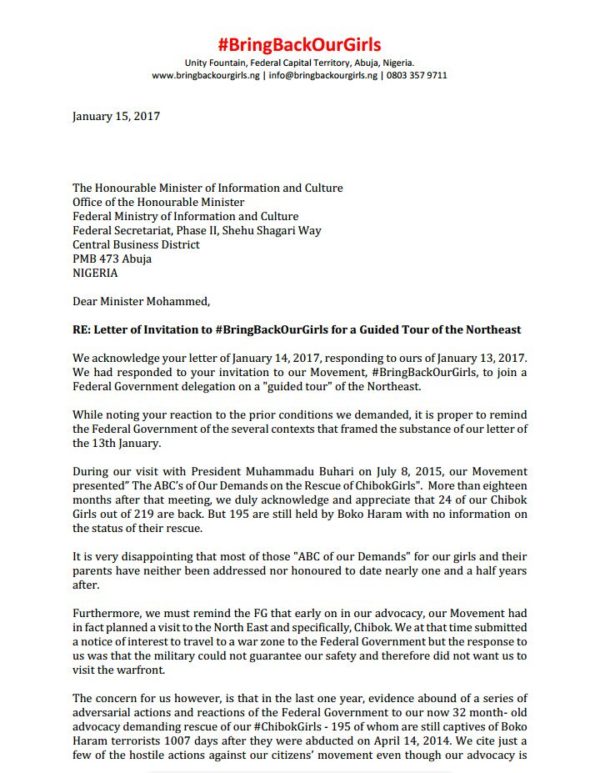 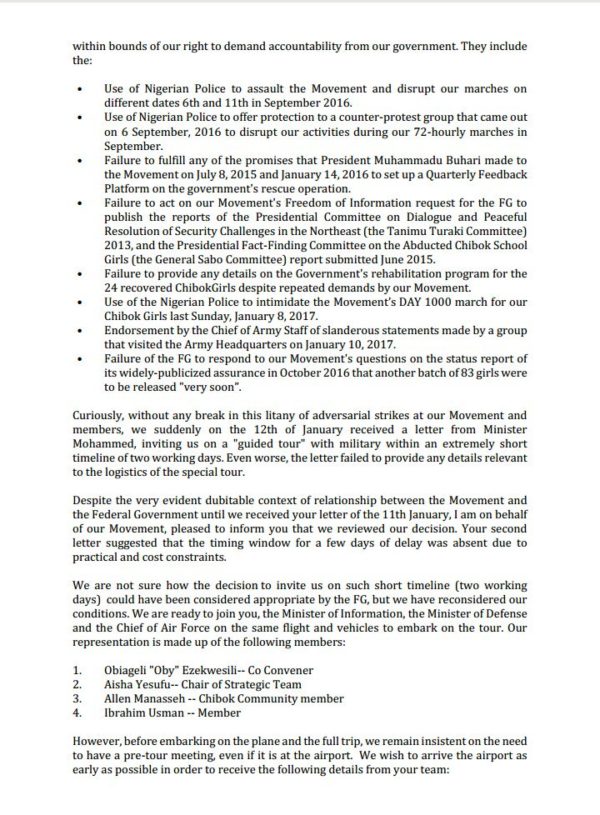 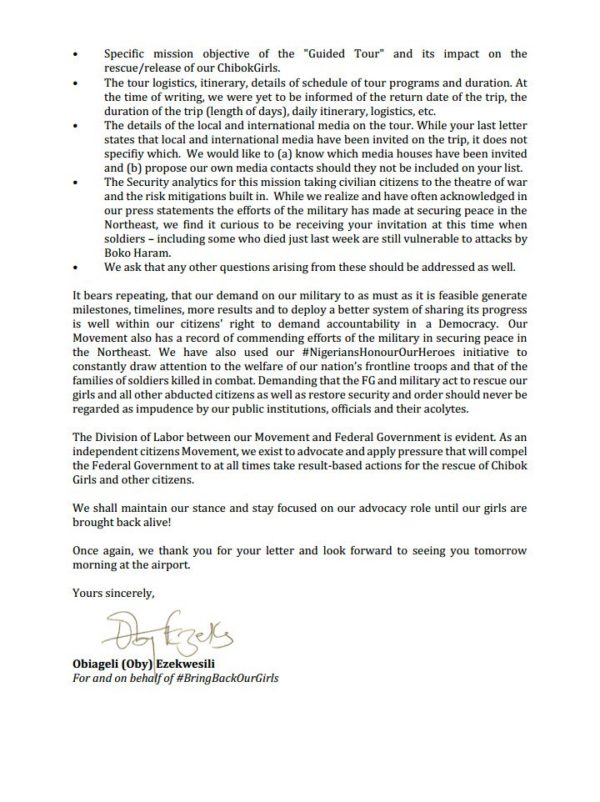 The Minister responded to the request by giving details of the trip and other requests by the group.