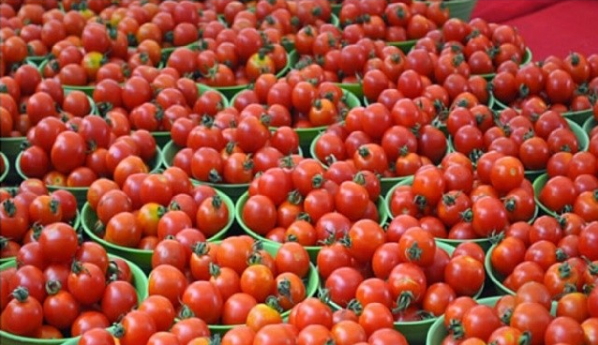 Tomatoes in six States in Nigeria – Jigawa, Kano,
Katsina, Kadua, Plateau, and Lagos – have been
infected with a pest that kills the fruit. According
to Audu Ogbe, Minister of Agriculture and Rural
Development, the disease that destroyed tomato
crops across these six States is tuta absoluta, which has since been dubbed “tomato Ebola.”

University Vice Chancellor Ernest Izevbigie
announced that the institution’s Faculty of
Agriculture would grow tomatoes and carefully
monitor them for quality.

“We are making an audacious statement that
Benson Idahosa University is poised to produce
800,000 tons of tomatoes to ameliorate the
present shortage in the supply of tomatoes in
Nigeria in the next one year,” he said.

Dr. Izevbigie added that the boost in tomato
production should alleviate hunger and food
insecurity.

“We are at risk of food insecurity; that is what is
happening now. If you have food security, you
will have plenty of food available. But food
security in this country is being threatened.”

He noted that the university’s agriculture
department also had the technology to cultivate
grass, which would ameliorate the effects of
cattle grazing. The vice chancellor added that
Nigeria should become more self-sufficient in
terms of forage crops production, as the country has the proper soil and climate for such crops to
thrive.