Beyonce Flashes ‘God Is Good, I Am Not’ Sign During 2016 MTV VMA’s Performance 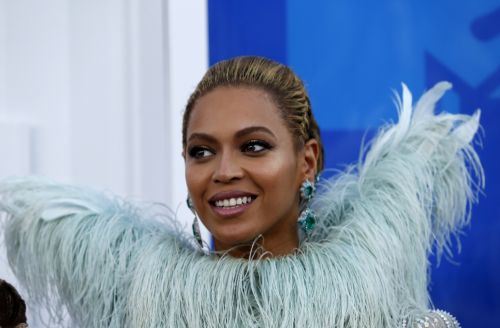 Beyonce took over the VMA stage in Madison Square Garden Sunday night with a 15-minute medley of her album,Lemonade. During the performance, the pop superstar took viewers along an artistic display of heartache and betrayal while featuring Christian language and symbolism.

The surprise performance started out with Beyonce surrounded by an illusion of flames and when the visual effects stopped she started her musical journey. The Texas native proceeded by performing “Pray You Catch Me,” with a brief dance breakdown into “Hold Up.”

Next she sang “Don’t Hurt Yourself.” In the middle of the song’s lyrics, “When you love me, you love yourself. Love God herself,” the words “God is God, I am not” flashed across the screen.

Beyoncé then got back on her feet and shouted, “You just gotta let it be, babe. Who the f— do you think I am?”

She ended the set with the song “Formation,” and concluded the mini concert as her dancers laid on the floor doing synchronized moves while on their backs. By the time the camera panned away from the stage, they’d formed a broken up, “Venus symbol” — a visual shorthand for femininity historically associated with the Roman goddess Venus or the Greek goddess Aphrodite.

Beyonce stood in the center of it all, and although it might not have been her intention, the separation of the dancers on the floor looked more like an upside down cross with an open circle above it than the Venus symbol.

The Grammy Award-winner’s new album,Lemonade, was released on Tidal to rave reviews in April. Along with the music, HBO aired a visual album that resembled her VMA performance.

The highly publicized cinematic album was loaded with clips of black female empowerment, superstar cameos and the artistically genius yet disturbing visual interpretations of Beyonce’s painful journey through infidelity and forgiveness in her marriage to rapper Jay Z. In the hour-long film, the former Destiny’s Child member takes fans along her journey to redemption after betrayal.

Throughout Lemonade, which is both narrated with words and the music on her 12-track album, she portrays scenes of prayer, fasting, confession of sins, baptism, God, the devil, and curses all to describe the emotional roller coaster of her marriage to Jay Z.

Beyonce has described Jay Z as having a God complex. Earlier this year, the songstress said having sex with her husband is akin to “worship” because of the vain use of the phrase “oh my God” while they are intimate.

The words displayed in the VMA’s live performance of “Don’t Hurt Yourself,” were also featured in the short musical film “Lemonade.” “God is God and I am not” appeared as Beyonce sang: “When you love me, you love yourself, love God herself.” She recounted that “God was listening” to her during her time of pain and said, “Heaven will be a love without betrayal.”

Beyonce’s full performance can been seen On