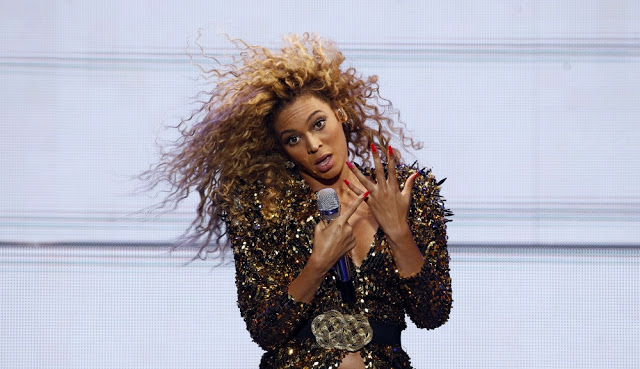 Beyonce’s new album Lemonade, was released over the weekend on Tidal to rave reviews. Along with the music, HBO aired the entertainer’s visual album, which was not just an artistic display of heartache, betrayal and forgiveness, but also provided insight into the megastar’s skewed perception of spirituality as it relates to Christianity.

The highly publicized cinematic album is loaded with clips of black women empowerment, superstar cameos and the artistically genius yet disturbing visual interpretation of Beyonce’s painful journey through infidelity and forgiveness in her marriage to rapper Jay Z. In the hour long film, the Houston, Texas-native takes fans along her journey to redemption after betrayal.

Throughout the film, which is both narrated with words and the music on her 12 track album, she portrays scenes of prayer, fasting, confession of sins, baptism, God, devil, and curses all to describe the emotional roller coaster of her marriage to Jay Z.

Beyonce’s description of making love to her husband, whom she says has a God complex, is pegged as “worship” because of the vain use of the phrase “oh my God” while the two are intimate.

At one point the words “God is God and I’m not” were displayed on the screen as Beyonce sang: “When you love me, you love yourself, love God herself.” Beyonce recounted that “God was listening” to her during her time of pain and said “Heaven will be a love without betrayal.”

Following over 20 minutes of rage, vulgar language, sexual content and gyrating, the 34-year-old comes out of her symbolic dark
pit with a country song about her dad, who was also unfaithful to her mother.

She talked about the tendency to esteem husbands and fathers as a God. During the reformation portion of the movie she sympathetically questioned her betrayer on his beliefs.

“Why do you deny yourself Heaven? Why do you consider yourself undeserving? Why are you afraid of love?” she inquired and then answered the question herself. “You think it’s not possible for someone like
you but you are the love of my life.”
During the song “Love Drought,” Beyonce and her followers are seen in long see- through robes headed to the river for “baptism,” but in the same segment viewers are given a glimpse of the superstar standing in the center with ritual paint on her face as her followers stretch forth their hands toward her, as if performing an occult ceremony.

“Baptize me, now that reconciliation is possible, if we’re going to heal let it be glorious,” she said. “There is a curse that will be broken.”

After an emotional performance of her song, “Sand Castles,” which featured a cameo of her alleged betrayer Jay Z, the resurrection part of the visual album is kicked off by a woman’s voice proclaiming that Jesus is the only way to move forward in life.
“How are we supposed to lead our children to the future? How do we lead them? Love, l.o.v.e love, hallelujah, thank you Jesus,” the woman proclaims. “I love the Lord that’s all I got, period. When your back is against the wall and your wall is against your back who
you call? Who you call? You gotta call Him, you gotta call Jesus, because you ain’t got no other hope.”

Just when it seemed the film was taking a turn in the right direction, with the acknowledgment that Jesus is the way to true redemption, scenes of Hindu palm reading and magic bring the film back to occult practices.

Toward the end of the confusing emotional spiritual journey, it is clear that Beyonce’s understanding of Christianity conflicts with biblical instructions not to practice divination or esteem anyone in the place of God.

“My grandma said nothing real can be threatened. True love brought salvation back into me. With every tear came redemption and my torturer became my remedy,” she proclaimed. “We’re going to heal we’re going to start again.”

Although the principles of forgiveness and
redemption are essential practices in the
Christian faith, Beyonce alludes that her
salvation comes from her relationship with her
torturer. Jesus is the way, the truth, and the life
and no one can find true salvation except through Him as stated in John 14:6. The album and creativity truly are a sign of great artistry
but the watered down, misrepresentation of
the core truths of the Bible were certainly lost in
the lemonade.