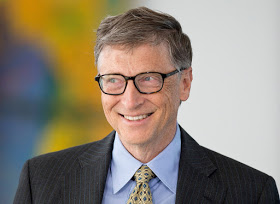 Microsoft founder, Bill Gates who is famous for his
philanthropic ventures especially in Africa has
launched a novel programme to help Africa’s poor
and it involves plenty of chicken.
The billionaire philanthropist says raising and
selling the birds can be efficient to tackle extreme poverty and to this end, he has promised to
donate 100,000 chickens.

Based on his theory, farmer breeding five hens
could earn more than $1,000 a year about $300
more than the poverty line. He added that the goal
was to help 30% of the rural families in sub-
Saharan Africa raise improved breeds of
vaccinated chickens, up from the current 5%. 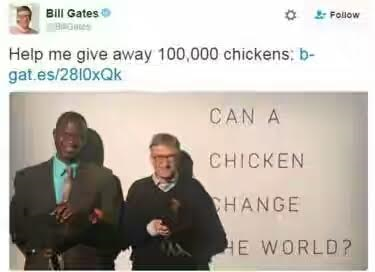 At the launch of the campaign in New York, Mr
Gates said:

“These chickens are multiplying on an ongoing basis so there’s no investment that
has a return percentage anything like being
able to breed chickens.”