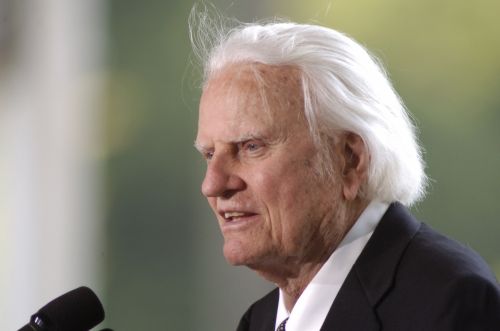 Although some Christians feel like they’re
hopelessly susceptible to temptation, any vice
can be overcome if people allow God to help
them, says the Rev. Billy Graham.

In a Q&A published in Monday’s edition of The Kansas City Star, Graham was asked: “I just can’t resist temptation. I claim to be a Christian
(and I am), but I get around my old buddies,
and before I know it I’m doing things I know
are wrong. I’ve asked God to help me, but it
hasn’t done any good. Am I always going to be
like this?”

The evangelical leader responded to the
questioner by assuring him that God’s love is
unwavering, but added that Christians must
also live a life of accountability. “Remember:
God loves you, and he doesn’t want you to ruin
your life or bring disgrace to the name of Christ by your behavior.”

Graham goes on to give several tips on how to
deal with temptation, including avoiding
situations, especially social ones, where one
knows they might be faced with an unholy
desire.

For someone who faces temptation when
hanging out with a specific group of friends,
their response might need to be as extreme as
“leaving your old friends behind and asking
God to give you new friends who will
encourage you to do what’s right.”

True friends would not pressure you to do
immoral things, Graham adds, pointing to 1
Corinthians 15:33 which reads: “Do not be
misled: ‘Bad company corrupts good
character.'”

The other piece of the puzzle in staving off
temptation is strengthening your relationship
with God, the Baptist minister continues.

“If you haven’t already done so, seek out a
church where Christ is preached and followed.
In addition, begin each day with prayer, asking
God to guide you and keep you close to
himself,” Graham says, concluding his message
by referencing Psalm 119:9, which states that the best way to remain pure is to follow God’s
Word and reading the Bible daily.

The topic of temptation is a popular one for
megachurch pastors, with Greg Laurie, senior
pastor of Harvest Christian Fellowship in
Riverside, California, previously saying in a message that although temptation can be
difficult to overcome, Christians ultimately
strengthen their relationship with Jesus Christ
by avoiding unholy behavior.

Laurie points specifically to James 1:12, which
reads: “Blessed is the man who remains
steadfast under trial, for when he has stood the
test he will receive the crown of life, which God
has promised to those who love Him.”

The evangelical leader adds in his message that
Christians need to recognize that they are
responsible for their own temptation, and
therefore they don’t need to blame their
unholy behaviors on God.

Laurie also cites James 1:13 which states, “Let
no one say when he is tempted, ‘I am being
tempted by God,’ for God cannot be tempted
with evil, and He Himself tempts no one.”

The megachurch pastor concluded his
message by warning people to be ever-
vigiliant about temptation from the devil: “If
you’re not a Christian, the devil can offensively
have his way with you.