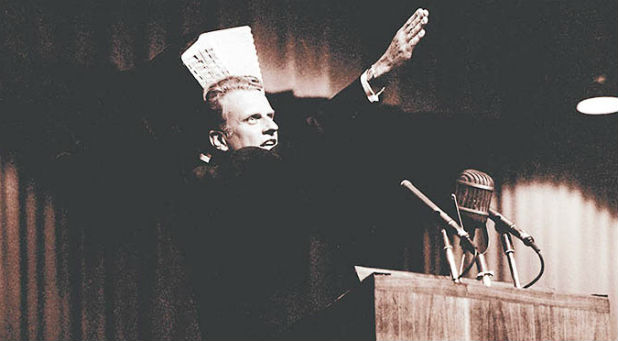 Raise your hand if you’ve ever felt victimized by
an online bully.

You? Yes, me too. Thankfully, even though the
advent of the internet provides a mode for harsh
criticism, we are not without our own
protection.

Psalm 91 shows us how to avoid the fiery darts
of the enemy. But when those darts are verbal,
reactions become a bit more tricky.

In a question-and-answer column, a writer asked Billy Graham how to handle negative
people.

The famed evangelist offered sage words as to
why some strike out against others and also
how to live peaceably among all men:

People who are negative about
everything and always criticizing
everyone are admittedly hard to live with
—and sadly, they seldom change.

But they aren’t only unpleasant; what
they are doing is also a sin in the eyes of
God. Why is this? One reason is because
they probably aren’t telling the truth, that
is, what they’re saying about the person
they’re criticizing often isn’t true. Even if partly true, it’s not the whole story, and it
only brings hurt and conflict.

But it’s also wrong because they are
setting themselves above everyone else
and acting as if they don’t have any faults
of their own. Not only is this wrong, but
it’s also untrue, and it keeps them from
admitting their need for God’s forgiveness and help. Jesus said, “Do not
judge, or you too will be judged. … Why
do you look at the speck of sawdust in
your brother’s eye and pay no attention
to the plank in your own eye?” (Matt. 7:1,
3).

Pray for your sister, and pray for yourself
as well, that you’ll not react with anger or
hurt, but with love. In addition, go out of
your way to be kind and to express an
interest in her life. People like this often
are hungry for love, and God can use you to demonstrate his love for her. The
Bible says, “Live in harmony with one
another. … If it is possible, as far as it
depends on you, live at peace with
everyone” (Rom. 12:16, 18).