BlackLivesMatters: Image Of Alton Sterling Painted On The Wall Outside The Store Cops Fatally Shot Him (Photos) 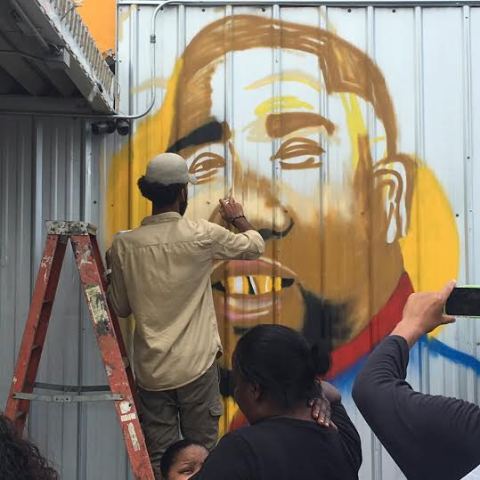 Triple S owner allowed an image of CD seller Alton
Sterling to be painted on the front wall of his store.
37-year-old Alton was fatally shot by white cops
during an altercation on Tuesday night. The cops
responsible have been placed on paid
administrative leave. More photos after the cut… 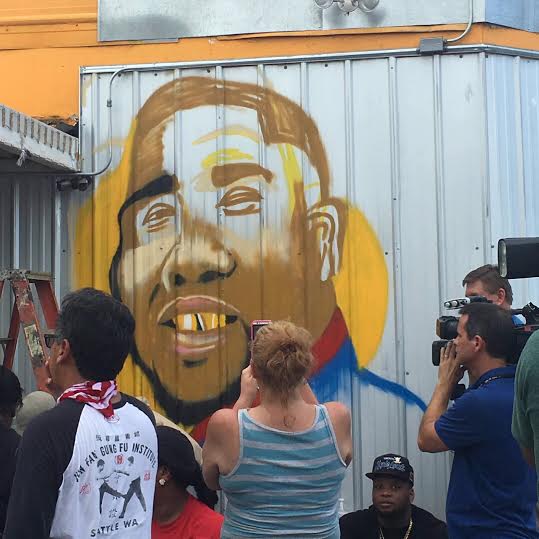 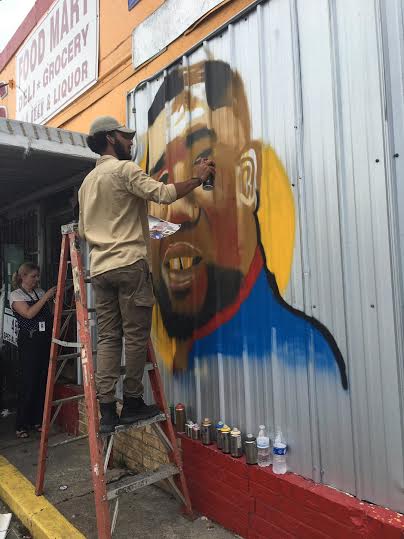 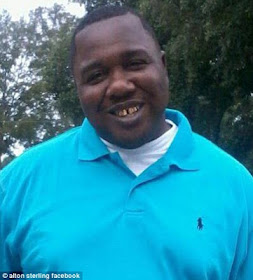 Twitter has exploded with people (black and white) calling for justice and transparency in the case.

Legit pointed a gun to the man's head and pulled the trigger. #AltonSterling

On July 5th Black America was reminded that we are not independent. #AltonSterling