Blasphemy: ‘No Christian Was Killed In Zamfara’ – Northern CAN 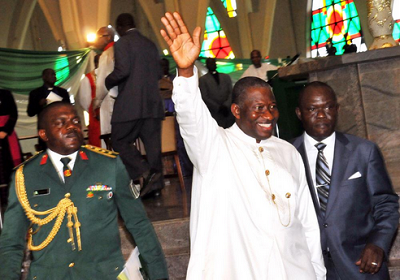 KADUNA – The Northern Chapter of the Christian
Association of Nigeria, Northern CAN, said on
Saturday that none of its members were among the
eight persons widely reported to have been killed
in a home in Talata Maraf, Zamfara by a Muslim mob after an alleged blasphemy of the Mohammed, the
Prophet of Islam, penultimate week.

Northern CAN, which is not an appendage of CAN,
and does not form one of the five blocks of CAN,
said the media got it all wrong when it referred to
the eight killed as Christians.

The Public Relations Officer Northern CAN, Rev.
John Hayab who spoke to our correspondent in
Kaduna on Saturday: “Our people on ground
confirmed to us that none of our people were
killed. We don’t need to mention those that were
killed.

“We met yesterday (Friday) over the killings going
on in Northern Nigeria. We clearly understood that
those killed in Zamfara were not Christians. So, the
erroneous story going on in the social media and in
many other media claiming that those roasted were
Christians should be corrected.

“But as an organization, we frowned at the killing
human beings in whatsoever guise. Human being
are human being. If they are criminals, there are
police. We should report them to the police to arrest
the and not to burn them in the house. Our concern
is that our nation is becoming barbaric.”

Hayab did not expatiate on his claims, but said it
became necessary that Northern CAN came halt
rumour mongering by saying the truth. He said that
Northern CAN condemned the killings of anyone in
the name of religion.

The assertion of Northern CAN contradicts with the
position the main body of CAN, which has affirmed
that the victims were Christians and condemned
murder.

Chairman of the CAN in the North West Zone, an
affiliate of the main CAN, Bishop David Bakare, had
addressed a Press Conference in Kaduna
penultimate week and said that those killed were
Christians and that the killings of Christians over
charges of blasphemy was getting too much in the North.