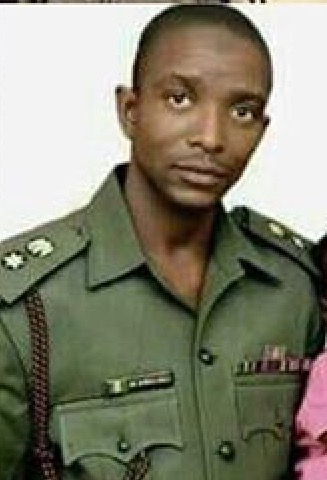 ABUJA – The National President of the Christian Association of Nigeria (CAN) Reverend Dr Samson Ayokunle has said that the recent death of Lt-Colonel Muhammad Abu Ali in Borno by terrorist group is an eye opener to the fact that Boko Haram had not been completely defeated.

Equally, he noted that his (Ali)death and other officers who lost their lives defending the country was a testimony as well as commitment of the government in fighting the insurgents.

CAN President also said that the emergence of Donald Trump as the President-elect of United States of America was a plan of God to restore the lost morality in America.

Late Lt Col Abu-Ali
Ayokunle stated this while speaking to newsmen at the opening ceremony of the 29th General Assembly of the Christian Council of Nigeria (CCN) tagged: ‘God of life; Lead Nigeria to Justice, Peace and Dignity’, in Abuja.

The cleric urged Nigerians not to see the temporary regrouping of insurgents in the north east as victory over the Nigerian Military, but to see it as a responsibility of all and join the Army to fight the terrorists.

The CAN Boss said that corruption had become an endemic in the society, adding that all the sectors had been infested by it.

“Corruption appears to be endemic our society. There is highly any sector that can be exempted. It is high time we rose and fight it.

“It will cripple us and if we are not very careful, we will end up becoming a cripple giant because we have allowed the virus to enter into our system, it will do no one any good,” he said.

On the just concluded American Presidential election, Dr Ayokunle said “Americans have spoken by their votes and I believe that God reigns in the affairs of men.

“It is not about my personal view, it is about what God has led Americans to do, what we will do is to pray for him (Trump), because God has positioned him to fight the downward slide in the American society,” he said.

Ayokunle said the Christian community in Nigeria “prays for divine guidance for Trump and tasks him to address all the ungodly practices and social ills associated with the United States.

“We pray for him for God’s guidance in leading the great nation of America. It is our desire that he would use his God-given executive position to address the extreme nominalism, moral breakdown and police racial brutality that are fast manifesting in the United States of America.

“The gun culture is another evil requiring the urgent attention of this soon to be inaugurated administration together with sodomic tendencies in public life.”

He lamented how the country that was regarded as God’s own descended into a state of decadence in the name of civilization, urging the President –elect to restore the lost glory of the country.

“The US, known as ‘God’s own country’ should not descend into becoming the headquarters of satanic activities in the guise of embracing humanism or enforcing the principle of individual liberty. Humans must not be allowed to become god to themselves.

“We equally urge the president-elect to love all nations and relate cordially with them in order to engender world peace.

“We as well urge him to forget the bitterness of the campaign period and close ranks with the opposition for the progress of American nation.”

Also speaking, the President of Christian Council of Nigeria (CCN), His Eminence Emmanuel Udofia said for Nigeria to come out of its present regrettable condition, it has needs to return to God.

According to him “righteousness exalts a nation but sin brings a reproach, for Nigeria to get out of what we are experiencing now, Nigeria must return to God. The greatest challenge we are facing is sin.”