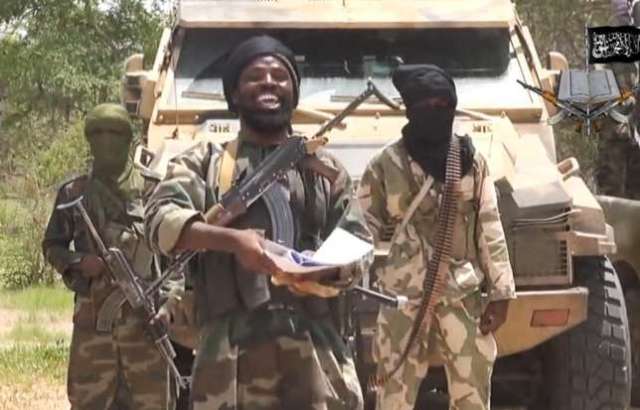 Years after getting a God-given mandate, through a vision, Bishop Oliver Dashe Doeme is predicting the end of Boko Haram in Nigeria.

2014, Bishop Oliver Dashe Doeme of Maiduguri had a divine encounter with Jesus Christ. In this vision, he was told to call for the use the rosary in Nigeria.
According to him, Jesus told that the rosary would eventually drive the dreaded Islamist sect, Boko Haram, out of the country.

Towards the end of last year I was in my chapel before the Blessed Sacrament… praying the rosary, and then suddenly the Lord appeared”, he said.

Narrating the experience, he said Jesus handed him a rosary, which turned into a sword, adding that the son of God also said, “Boko Haram is gone”, three times.
This led to daily rosary processions throughout the diocese, in schools, homes, parishes, and a “consolation tour” to communities, where he promoted devotion to the rosary.

It looks like all of these prayers worked as Bishop Doeme has just predicted the end of the Boko Haram reign in Nigeria.

In a recent interview with the Catholic Herald, he said the end of the terrorist group is near, attributing these to prayers, ChristianToday reports.

“Before, Boko Haram members were everywhere. But now they are not everywhere. They have been pushed to the forests.

Boko Haram will soon fizzle out, mostly because of the prayers of the people”, he predicted.

“Boko Haram is evil, ISIS is evil. So as long as we go to a place with His Mother, especially by praying the rosary, which is the most pronounced form of Marian devotion, we will be victorious”, he added.

This prediction comes after Abu Musab al-Barnawi , the new Boko Haram leader, revealed his plans to target only churches.

He promised to avoid Muslims, and bomb every church and ‘citizen of the cross.’

As soon as I received the sword, it turned into a rosary. I didn’t need any prophet to give me the explanation. It was clear that with the rosary we would be able to expel Boko Haram”, he said.