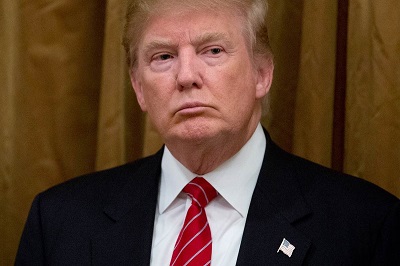 The leader of the jihadist group Boko Haram has reacted to the election of Donald Trump to the White House with a warning that “the war has just begun” against the West according to the Vanguard. ”

Do not be overwhelmed by people like Donald Trump and the global coalition fighting our brethren in Iraq, Syria, Afghanistan and everywhere,” Abubakar Shekau said in an audio message posted on YouTube late Sunday.

“We remain steadfast on our faith and we will not stop,” he said in the hour- long message.

“To us, the war has just begun.” Boko Haram is waging a seven- year-old uprising against the Nigerian state that has claimed more than 20,000 lives, with the insurgency spilling over the West African nation’s borders into neighbouring states.

Boko Haram, which last year pledged allegiance to the Islamic State group, has been in the grip of a power struggle since late last year.

The IS high command said in August that Shekau had been replaced as leader by Abu Musab al-Barnawi, the 22- year-old son of Boko Haram’s founder Mohammed Yusuf. Shekau claims he is still in charge, however, as rival factions vie for control.