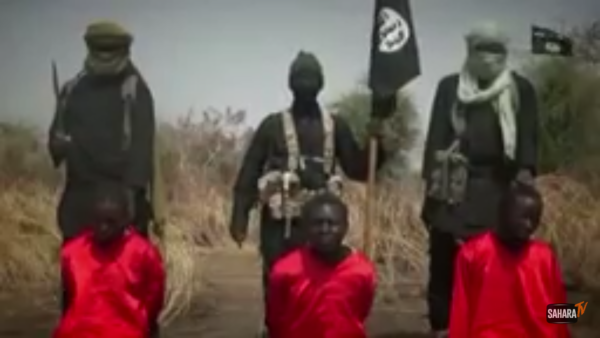 Terrorist sect Boko Haram, in a new propaganda video has said that it still holds a territory within Nigeria that the Nigerian military cannot infiltrate.

Sahara Reporters reports that the video was released by the Abubakar Shekau-led faction of the group.

At the end of the 7-minute video, 3 persons were executed.

Some members of the sect had interviewed the three men who said they were from sources close to the military.

“Oh! You, Buhari, you should know that these boys are your servants working for you whom you sent but Allah has exposed them,” Premium Times quotes one of the insurgents as saying.

The insurgent also called the president an “infidel”.

The group also displayed a large cache of military grade equipment, as well as foreign mercenary training in an area as fighter jets flew over the space.