BORN Again: Lynxxx Rapper Fails To Embrace Holiness On New Project “The Album Before The Album” 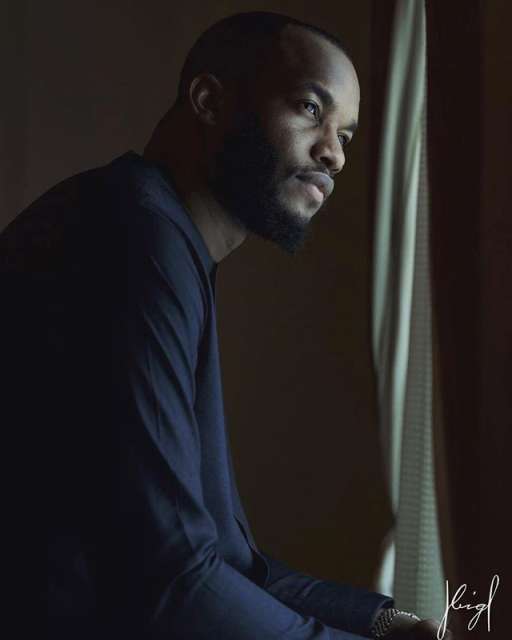 The pursuit of earthly pleasures and money-worship is what rules the game, and if Lynxxx is to be in business, he has to be down with it.

This is not what we expected from Lynxxx,” my Jennifer calls out to me. The look on her face was one of disappointment, tinged with confusion.

A huge fan of fine boys and Christianity, Jennifer has watchedLynxxx in 2016 marry his dashing handsomeness to a promise to ‘follow God’, cut out immorality in every form, and chase a godly living. She loved it, read every release and righteous post he shared on Instagram.

Just like many fans around the country, she enjoyed his revealing interviews reiterating his commitment to Christ, and deep down in her heart, she rooted for him. She rooted for him deeply and personally, defending the cynics and skeptics who doubted the genuineness of Lynxxx.

I can’t believe what I heard in his new song”, she said to me.‘Ghana Girls’, had just finished streaming out of her computer. The new song is part of Lynxxx’s newly released full-length project – “The Album Before The Album”. The track which is an early candidate to be his next single and get a video, was circulated online as a follow-up to the album press release.

Produced by Spax, ‘Ghana Girls’ has Lynxxx is in swashbuckling spirit, as he rhythmically contributes to the popular but scientifically-unproven opinion which maintains that girls from Nigeria’s sister country prefer Nigerians as love interests.

Chale she dey go gaga for the boy them, Ghana girls like Lagos boys…who be you wey dey shake that thing with your girl them, Ghana girls like Lagos boys,’ the song opens with the chorus which makes references to female backsides shaking. It is intrinsically unchristian, and sits comfortably in a spectrum of Nigerian raunchy pop songs. Something that many will no longer expect from the new Lynxxx.

Further listening of the album brings you the reality: Lynxxx is unrestrainedly hedonistic on this album. He chases women, adores spending excessively and displays a very creative knack for expressing love to women. It is only after 18 songs that you get to experience a direct connection with the ‘godly’ Lynxxx on his earlier single ‘Serve you’. God does not start this project, neither does he end it.

This is confusing to fans. They expected a new artiste, one which pushes his art towards the brighter side of the divide, shunning worldliness and embracing the campaign for cleaner entertainment. To hear this album will be a letdown for that crowd.

But I expected it to happen. Lynxxx is a pop artiste who needs to stay in business to be successful. He is operating on a mainstream level which is intrinsically ruthless, materialistic and hedonistic. It is not an environment for gospel music, neither does it take well to people who bring religion into it.

The pursuit of earthly pleasures and money-worship is what rules the game, and if Lynxxx is to be in business, he has to be down with it.

The Album Before The Album”, obeys all of these rules, and potentially grants Lynxxx access to the mainstream again. He is a child of the system, and his music ought to reflect that. He has to ‘blow’, and make money. This album is a win for the system, not for the righteous crowd.

“Have you ever considered if that was just a phase?” I ask a sulking Jennifer who fails to respond to the question. Lynxxx has essentially betrayed her, and she is too emotional to express it to me, a man who is just happy that Lynxxx is making ‘good’ music again.

So far, I’m enjoying “The Album Before The Album”. That’s all that matters to me. Every aboki to his kettle. Different strokes for different folks. Judge not, so that ye might not be judged, because in the end, man must chop and any way na way