BREAKING! Northern Christians Break Away From CAN, Revert To NNCA 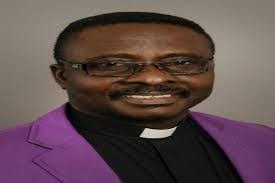 The Northern Christian bodies said recent political
happenings and ‘corruption’ in CAN with
particular reference to what they described as the
“controvesial” emergence of the new CAN
President, Rev. Supo Ayokunle(above), forced
them to pull out of the Christian body.

At a joint press conference in Jos in Plateau state,
Rev. Luka Shehu of Concerned Christians of
Nigeria and Hon. Peter Luka of Northern Nigerian
Christians accused the leadership of CAN of acts of
corruption as well as neglect of northern
Christians especially in the North-East.

Considering our common shared values
and peculiarities as Christians from CAN and
after wide consultation among Christian
leaders, traditional rulers, youths and
women, we under this auspices from the
north have unanimously decided to revert to the pre-independence Northern Nigeria
Christian Association,