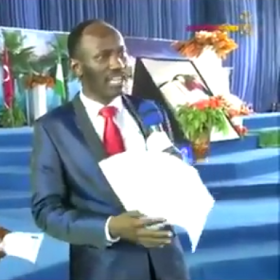 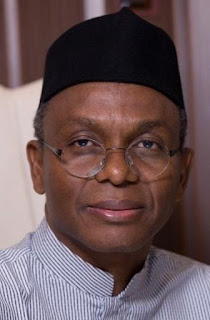 Few days after Kaduna state governor, Nasir El
Rufai, forwarded a bill to the state House of
Assembly, stating that religious leaders in the state
will have to obtain a one year license to preach in
the state, an Edo state based pastor and the Senior
Pastor of Omega Fire Ministries (OFM), Apostle Johnson Suleiman, called on the governor to
revoke the bill now or die.

According to Suleiman, El Rufai has no right to
regulate the activities of religious leaders when he
has not regulated the activities of traditionalist in
the state. He said before he, El Rufai, became
governor, they were men of God and that they will
still remain men of God when he leaves office.

“I want to warn the governor of Kaduna
state. Many times I have read in the papers
how he abused Jesus and Christians came
after him. He said that they are joking that
Nothing can happen. I am talking to you,
Kaduna Governor. Listen, I am not against sanitizing a state but you say people should
get licence for preaching; it is not applicable
in Nigeria. Even a herbalist does not get a
license for practicing herbalism. When you
say license for preaching, then you are
standing against the constitution that says freedom of worship. I have no problem, we
can test powers now. There are certain laws
that cannot happen in this country. Not
when Nigeria is under God. If need be, over
this matter, heaven will intervene. I am
saying this specifically to the executive governor of Kaduna, revoke this law or
die!”he said

Read what the bill is about below…

The Religious Regulation Bill, designed to replace
the Religious Regulation Edict of 1984, is geared
towards regulating Christianity and Islam as it
seeks to create an inter-faith Ministerial Committee
to be appointed by the governor and exercise
control over Jama’atu Nasril Islam, JNI, and the Christian Association of Nigeria, CAN. Highpoints of
the bill include:

*The ministerial committee shall issue licenses to
religious bodies.

*Without such licenses, you cannot preach.

*No external preacher can preach in Kaduna without a permit.

*The committee has the power to refuse to issue
licenses No criteria are given as to what will qualify
one to have a license issued to him or for one to
be denied a license.

The bill empowers JNI and CAN to keep records of
churches and mosques including data of
preachers. The law criminalizes the use of religious
CDs, flash drive and other communication gadgets
except in churches, mosques or other places of
worship or personal houses. The implication is that you cannot listen to Christian tapes in your car
or at any place except your house and in a church.

Every preacher will have to obtain one year
license (renewable every year) or risk two years
imprisonment. If you invite any external preacher
(i.e. preacher from outside Kaduna State), such a
person must be licensed for the duration of his/
her stay and the body issuing the license has the right to reject the external preacher if it feels he is
not qualified to preach in the state.