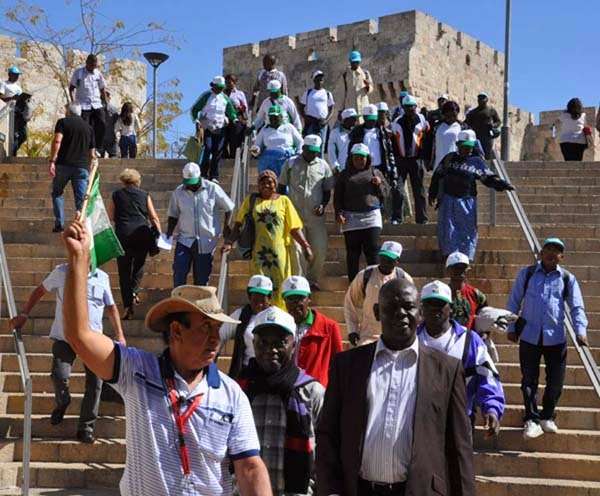 Akinde said anybody who wants to go on
pilgrimage should pray to God for the money
they need to travel.

The Diocesan Bishop of the Anglican Diocese of Lagos Mainland, Most Revd. Adebayo Akinde has called on the Buhari led administration to stop sponsoring Christian and Muslim pilgrims.

He said “President Buhari, if I remember correctly, even said he was going to stop it (sponsoring pilgrimages). So, I am shocked that in 2016, government is still sponsoring people to Jerusalem or Mecca for pilgrimage.

“People should spend their hard earned money to promote the advancement of their religion. What government is doing is totally dishonest and a misdirection of national wealth. What if tomorrow, pagan worshippers say they want to go to Haiti? Would government start sponsoring them to go there?”

Akinde said anybody who wants to go on pilgrimage should pray to God for the money they need to travel.

The clergyman also said it is wrong for the government to involve itself in the sponsorship of pilgrims.

Adding that “If tomorrow, the Ifa people say they want to start going to Brazil, will the government sponsor them? Or if a sizeable number of Nigerians are becoming Hare Krishna, would we start sponsoring them to go to India? We don’t have just two religions in Nigeria.

“These are contentious, explosive issues that government should have nothing to do with. Anybody who believes he must go to Jerusalem should talk to God. If God wants you to go, he will give you money. The same goes for anyone who wants to go to Mecca.”