Buhari May Return From Vacation This Saturday – Leadership 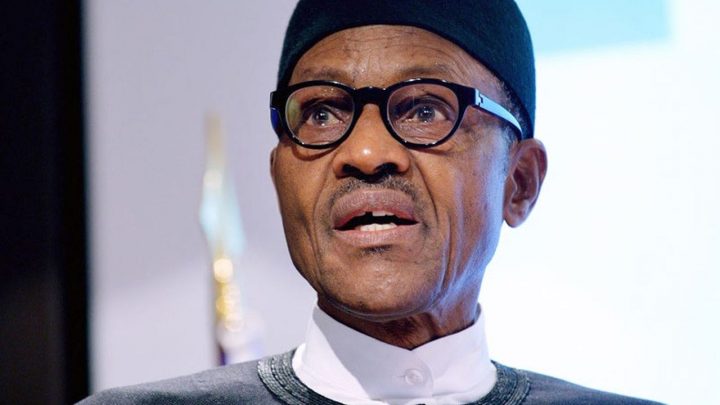 Barring any unforeseen setbacks, President Muhammadu Buhari is scheduled to return to the country from his vacation to the United Kingdom this Saturday.

A source close to the president told LEADERSHIP yesterday that except there would be any last minute change, all is set for President Buhari’s return.

The source, a senior official in the presidency, who spoke in confidence with our correspondent, simply said: “Barring any last minute change, we are expecting the president back this weekend, probably on Saturday.”

It was also gathered that the president had on Tuesday this week cancelled an interview with a foreign media organisation, but may possibly grant an interview in London before the weekend.

Another source in the presidency also said that President Buhari “had already packed his bags to leave on Sunday but was advised by his doctors to wait and get results of some tests he conducted before leaving that country.”

“I can confidently tell you that Mr. President might still be there (in London) because he has to succumb to the superior knowledge of physicians who conducted medical checks on him, but his mind is in Nigeria,” he added.

On rumours that he is incapacitated, the source who preferred not to be named in print because he is not in a position to officially speak on the matter said, “What else do you expect from people? If it were to be other past presidents who go on vacation or medical checkup without official notification, there wouldn’t have been room for such rumour.

“But this is a president who is determined to remain transparent in whatever he does in office. Don’t forget that this is not the first time His Excellency is embarking on a vacation outside the shores of the country.”

LEADERSHIP recalls that the special adviser on media and publicity to the president, Mr. Femi Adesina, had on Tuesday said the president may return to Nigeria sooner than expected.

President Buhari had on Sunday written to the National Assembly, informing lawmakers of his desire to extend his leave in order to complete and receive the results of a series of tests recommended by his doctors.

Meanwhile, the Minister of Information, Alhaji Lai Mohammed observed yesterday that it was ridiculous for anyone to compare President Buhari’s health condition with that of the late President Umaru Musa Yar’Adua.

Mohammed who spoke after the Federal Executive Council (FEC) meeting presided over by Acting President Yemi Osinbajo at the Presidential Villa was joined by the ministers of Power, Works and Housing, Babatunde Fashola; Agriculture, Audu Ogbeh and Trade & Investment, Okechukwu Enemelah.

His position came two days after Osinbajo had replied those insisting on knowing the health status of the president, that only the president could disclose the status of his health.

Echoing the acting president’s position, the information minister insisted that the president was hale and hearty, just as he assured that Buhari was well and that he was absolutely in no danger.

Asked if the president’s health came up at FEC yesterday, Mohammed said, “I think I can say without any equivocation that he (Buhari) is well, he is hale and hearty; no question about that. You see, on a lighter note, do you think Mr. President will be ill and we will be here and go about our businesses like this? The minister of power was in Anambra two to three days ago. I was in Ilorin on Monday; all our ministers are busy. But I want to assure you that Mr. President is well and he is absolutely in no danger.”

Noting that it was absurd to compare Buhari’s health with that of the late Yar’Adua, the minister said, “I think it was one of the newspapers that said when I was the spokesman of APC I demanded for hourly bulletin of Yar’Adua’s health and that I ought to be giving hourly bulletin as minister of information on the health of the president.

“And I said you are comparing apple and oranges. Mr. President is not ill, he is not in hospital and there will be no need to give anybody hourly bulletin about his health – pure and simple.

“Mr. President like I said elsewhere is a victim of his own transparency. He was going on leave, he did what the constitution said he should do; he transmitted a letter to the National Assembly and an acting president was put in place and he said, ‘while I am on leave I am going to conduct some medical tests’, which all of us do without announcing it.

“And of course, less than six hours after he got there he was pronounced dead by some people. Even those who saw him climb the aircraft in Abuja said he was flown by air ambulance. I can assure you that Mr. President is well, is hale and hearty and no cause for concern. The Acting President speaks to him every day and he told you so.”

Asked if it was ideal for the president to go on leave at this time of recession, Mohammed pointed out that the constitution guarantees that.