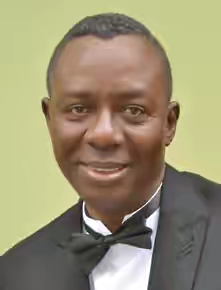 Bishop Charles Ighele is the General Superintendent of Holy Spirit Mission Church, the Happy Family Chapel. In this interview, Ighale speaks on the arrest of some judges, corruption and the state of the economy among other issues.
On the clampdown on judges by the DSS

It is only the President and Vice President of Nigeria, governors and deputy governors who are covered by immunity. While in office, they cannot be prosecuted. Under the law, what DSS did can be done. But when you look at it, it is not proper. Sometimes, there are people whose positions and offices you respect. When you give the go ahead that the home of the Senate President should be raided, then it is not him alone who is being attacked. The Senate as an institution is being attacked as well as Nigerians.

Invading the homes of Supreme Court judges at midnight and breaking down their doors has done more damage to the principle of separation of power and to the little that is left of the international glory of Nigeria on the fight against corruption. Remember the damage done to the image of Nigeria in 1984 when the current President authorised the smuggling of a drugged Umaru Dikko in a bag from London to Nigeria. When you say you want to raid the homes of the justices of the Supreme Court, then it goes beyond fighting corruption and, to me, it is not proper. It is the National Judicial Council that is competent to look into misconduct of judges.

Bishop Charles Ighele
There is corruption in the judiciary but pulling it down and making it look disrespected is no way to fight corruption. Judges all over the country have now been made to look small in the eyes of people. The image the international community has of the Nigerian judges and its judicial system is so bad. The principle of separation of power under which we function should be separated and respected. This is a bigger injury done to the judiciary than the corruption that is being fought.

It is wrong to go to peoples homes in the middle of the night searching for evidence. But if they have evidence that at that time there might be things that would implicate the judges, then they can apply for search warrant and do it in a manner that will not generate controversy instead of the way they ended up going about it. Nigerian lawyers and judges have to put their acts together and remove the bad eggs among them.

In our efforts to bring glory to the politicians and political parties we support, we should be careful not to remove the little glory Nigeria presently has among civilized people and nations. That some lawyers support the operation of the DSS is shocking to many people I know. The DSS should re-strategise on how to carry out sting operations that will remove them from controversy such as this so that they (DSS)can be well respected.

Things have gotten so bad. Nigerians have never suffered like this. It has never been so in terms of economic hardship. Landlords are on the neck of their tenants who probably do not have money and these landlords need the money to take care of their families. A vicious level of poverty is being unleashed and I find it very dangerous when it is being unleashed on a nation and on families. It is only those people who are so wealthy that do not feel it. The prices of food items have gone high within such a short time, and people now find it difficult to cope. The president knows that things are not good which is why he has been appealing for calm.

What surprises me is that the ruling party has the brains and the people that can be mobilised to turn things around. Several nations have passed through worse situations than ours and emerged stronger. Roosevelt on his wheelchair was able to take America out of recession. In as much as we pray, at times like this we need brains. Prayer alone does not solve the problems of a nation such as Nigeria where people live in faith. I also know that even a sinner with brain can turn things