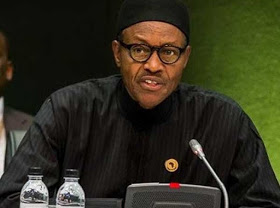 The N500B Social Investment programmes of the
Buhari presidency is a means to energize the
economy and deal with issues of poverty in the
country, according to Vice President Yemi
Osinbajo, SAN.
Speaking today while receiving a delegation of the Muslim Lawyers Association at the Presidential
Villa, Prof. Osinbajo said the social investment
programmes would train people, create jobs, feed
school children from homegrown farming and
grant soft loans to traders, artisans and market
women.

“All these are ways and means of
energising the economy and deal with
some of the harshest problems like
poverty,” says the Vice President while also
adding that despite the current economic
conditions in the country there is great hope.

According to him, “we are here at this time
because that is the will of God to deliver the goods
and do the right things for this country. It is very
interesting the situation we find ourselves, but
there is great hope.”
The Vice President said both the president and himself are committed to a new united Nigeria,
populated by a ‘New Tribe’ that would be united
across otherwise divisive lines be it ethnic or
religious. He added that Nigerians must fight
corruption which is responsible for the current
situation of things in the country, stressing that if it is not challenged, corruption would worsen the
situation.

He added that as a people “we should never be
divided on religion and ethnicity, everyone is free
to practice their own faith. When we come
together as a people we must advance the interest
of our nation.”

Earlier the President of the Muslim Lawyers
Association, Dr. Kamal Alhaji Daud praised both
the president and the vice president pledging the
association’s support in the fight against
corruption and also prayed for wisdom and
strength for the Buhari presidency. The group had held a lecture entitled Service Above Self, in
honour of the Vice President.