Buzz: Onos Ariyo Returns With “Songs From The Place Of Prayer” + Highlights From Her Concert (Photos) 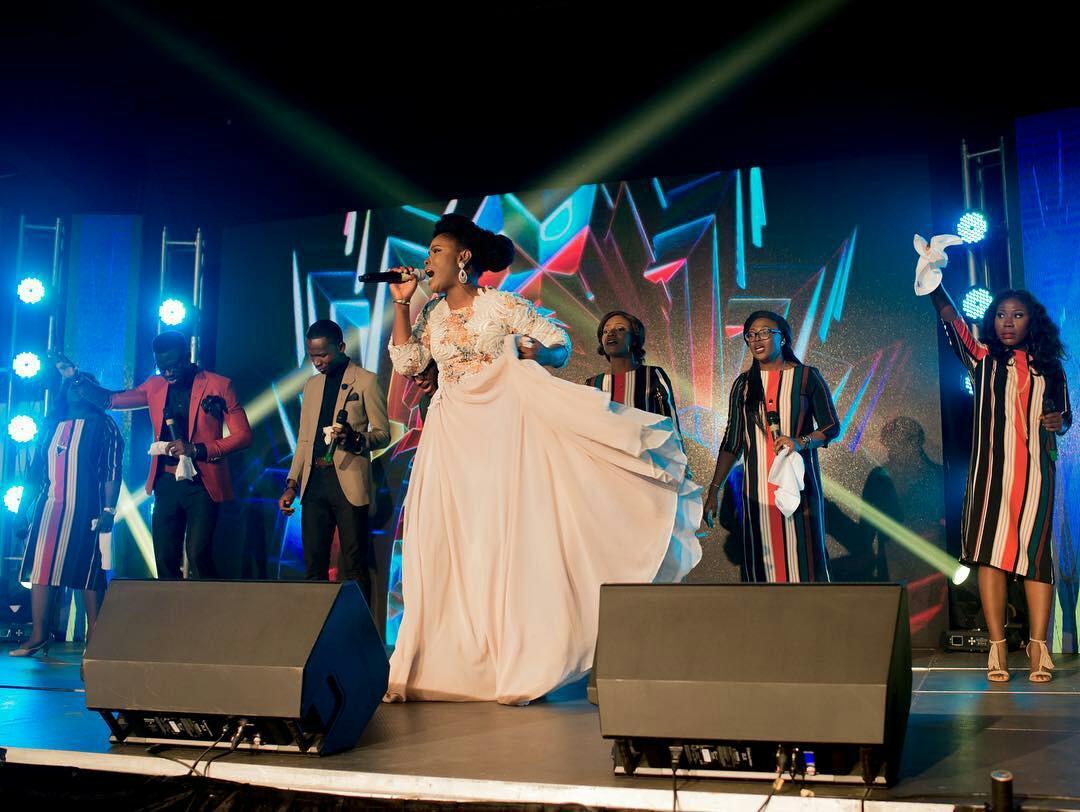 Pastor (Mrs.) Ifeanyi Adefarasin of House On The Rock was there to show support for Onos, a lead vocalist and psalmist in the church’s Lagos Metropolitan Gospel Choir. “We are very proud of you and love you Onos.”

Speaking about the album she encouraged everyone to pick up a copy adding, “As deep calls to deep, I believe that the songs from the depth of her intimacy with the Father will bring you close to Him as well.”

Onos who was listed as one of Nigeria’s most inspiring women of 2017 by Leading Ladies Africa and Y Naija led the audience in sessions of praise and worship as she performed songs off the new album.

Singles such as ‘Jehovah Ebenezer,’ ‘You are wonderful,’ ‘Oghene me,’ ‘Call His Name’ and ‘Have your way’ have already started enjoying airplay and are fast becoming hits with gospel music lovers.Songs performed from the new album,Halleluyah ooh, Hossana, l will bless your name, No one like our God.

Clad in Ayo Van Elmar and Goziri Afrique Couture, the radiant artiste delighted the audience with her soulful and electrifying performance. “It is my earnest desire that these songs will bring healing, deliverance, transformation to your homes, families, job, business and everything your hand finds to do in Jesus Name.”

No stranger to the musical scenes, Onosstarted singing at the tender age of eight. In 2010, she released ‘Keep Moving,’ her first studio album which featured ‘Dance’ and ‘Na Your Love.’ In 2014, she followed up with ‘No Limit’ which saw songs such as ‘Alagbara’ and ‘Everything has changed’ become church anthems and break barriers.

Her efforts have not gone unnoticed. She won the Best Female Vocalist at the Nigeria Gospel Music Awards 2012 and Crystal Awards 2013. She also won the Wise Women Awards 2015 in the Woman in Music category and Female Gospel Artist of the Year Eloy Awards 2015.

Paying it forward and not one afraid to share the limelight, Onos is presently the Nigerian Coordinator for WAOMM (Women of African Origin in Music Ministry) where she mentors and nurtures up to fifteen upcoming artists.

‘Songs from the Place of Prayer’ is available on iTunes and  5ive music platform.

See pictures from the event below; 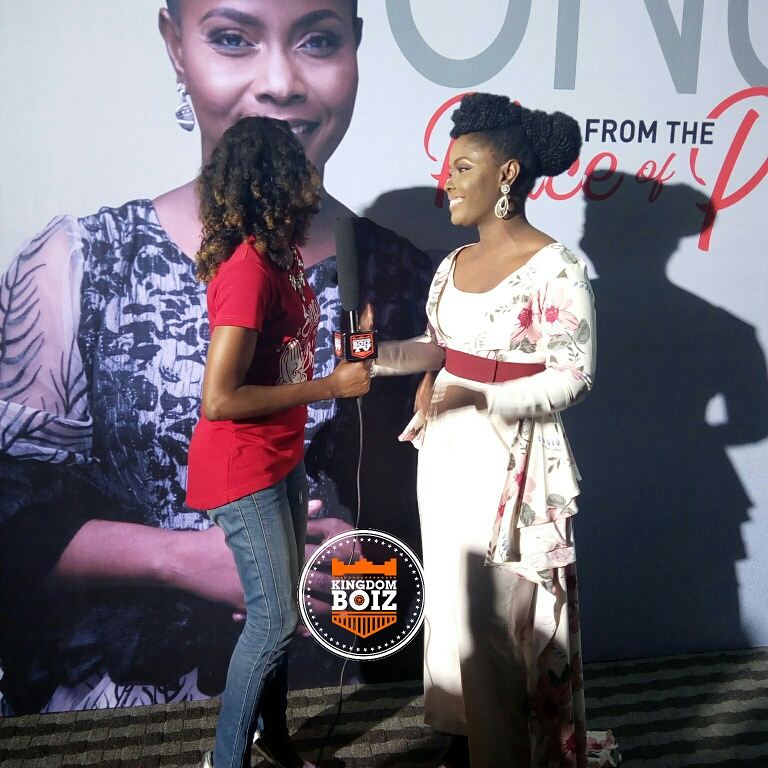 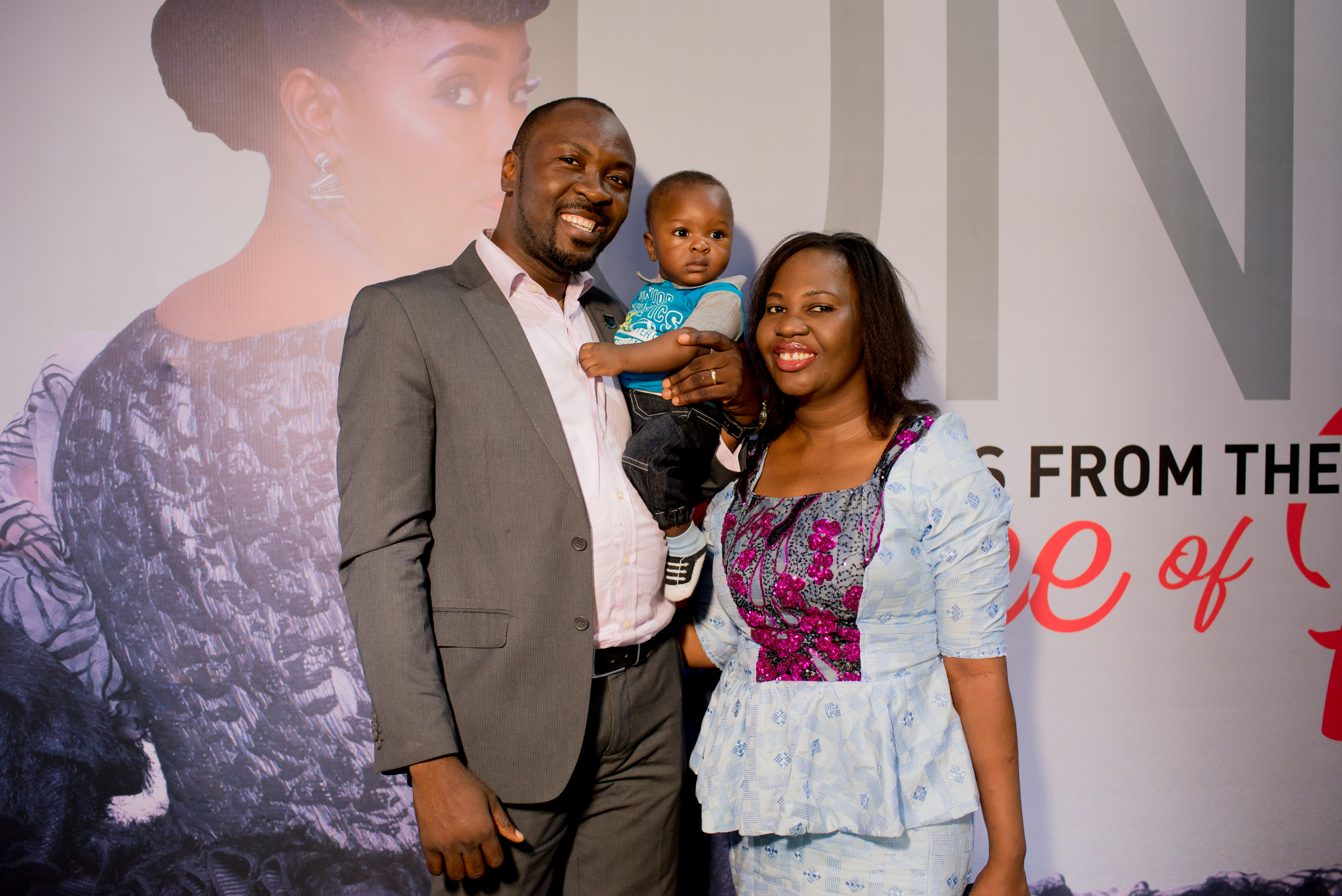 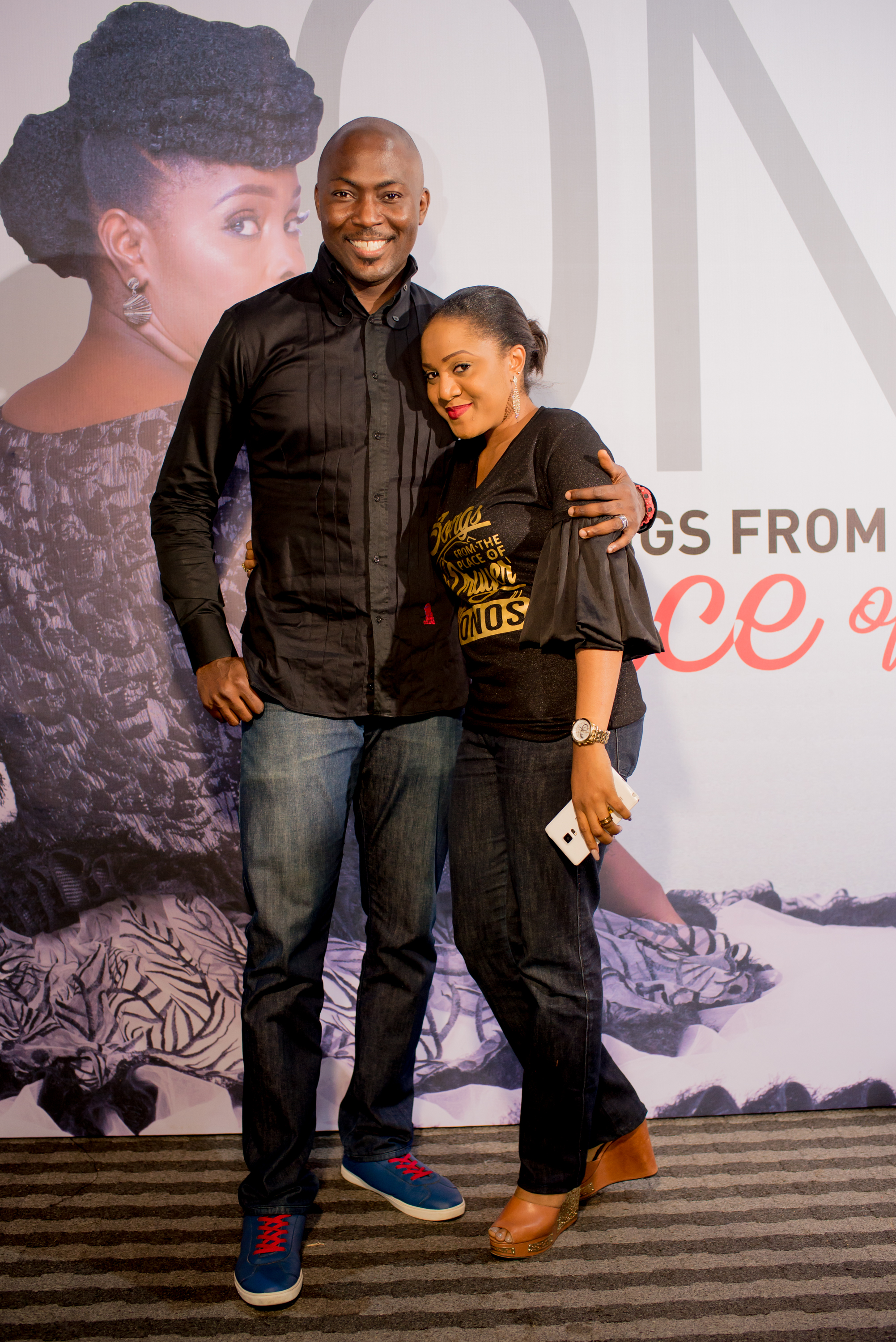 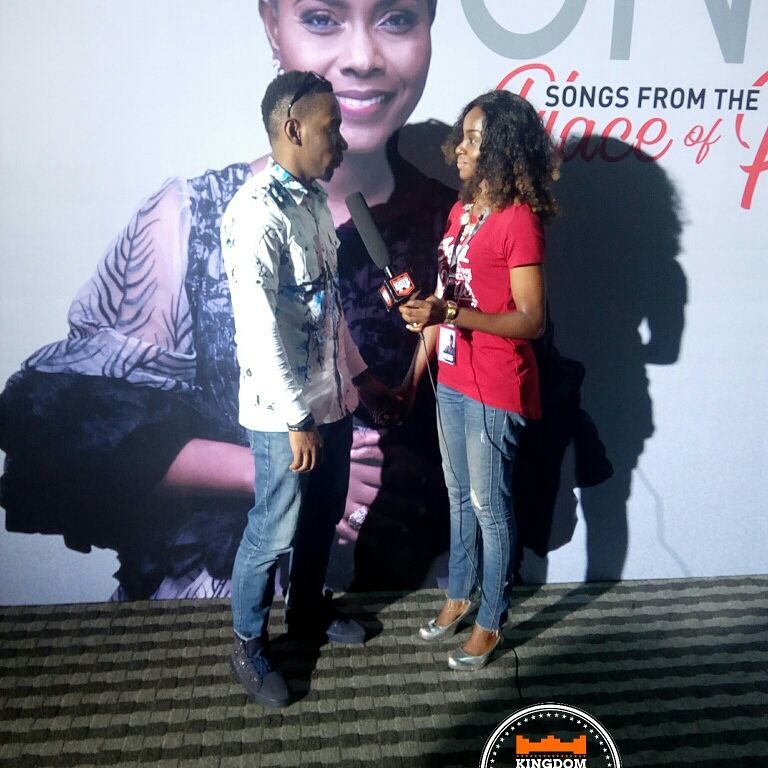 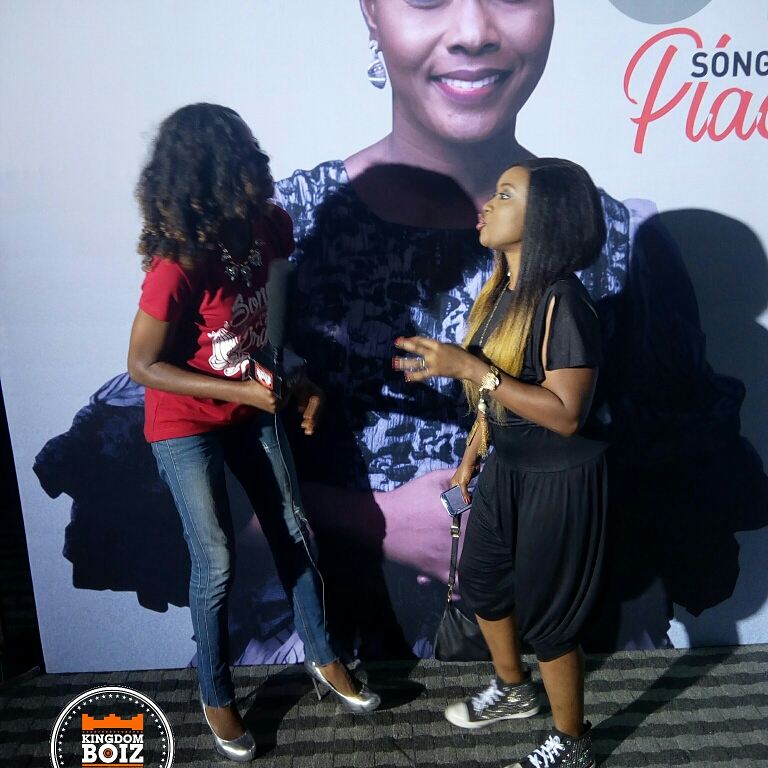 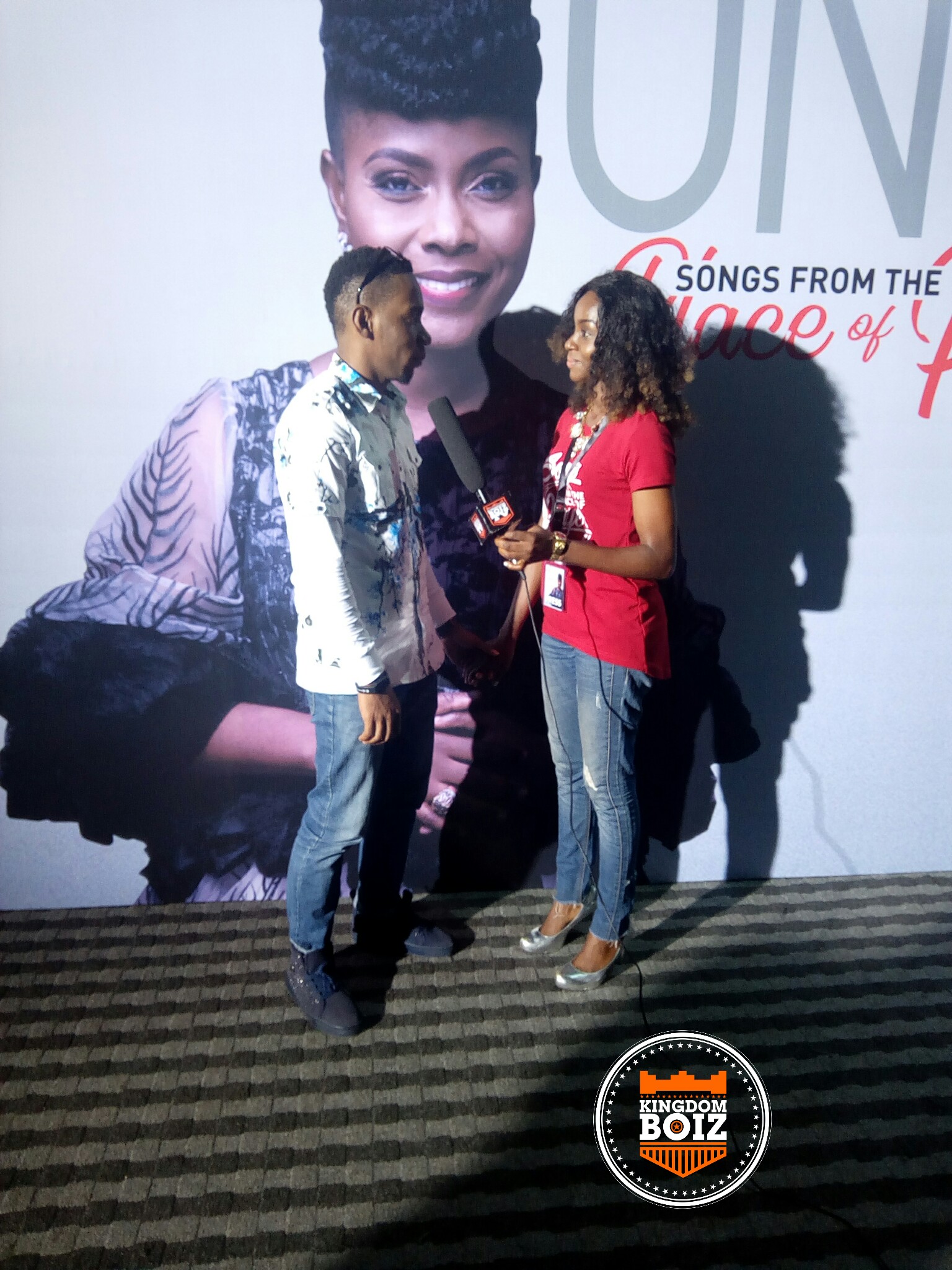 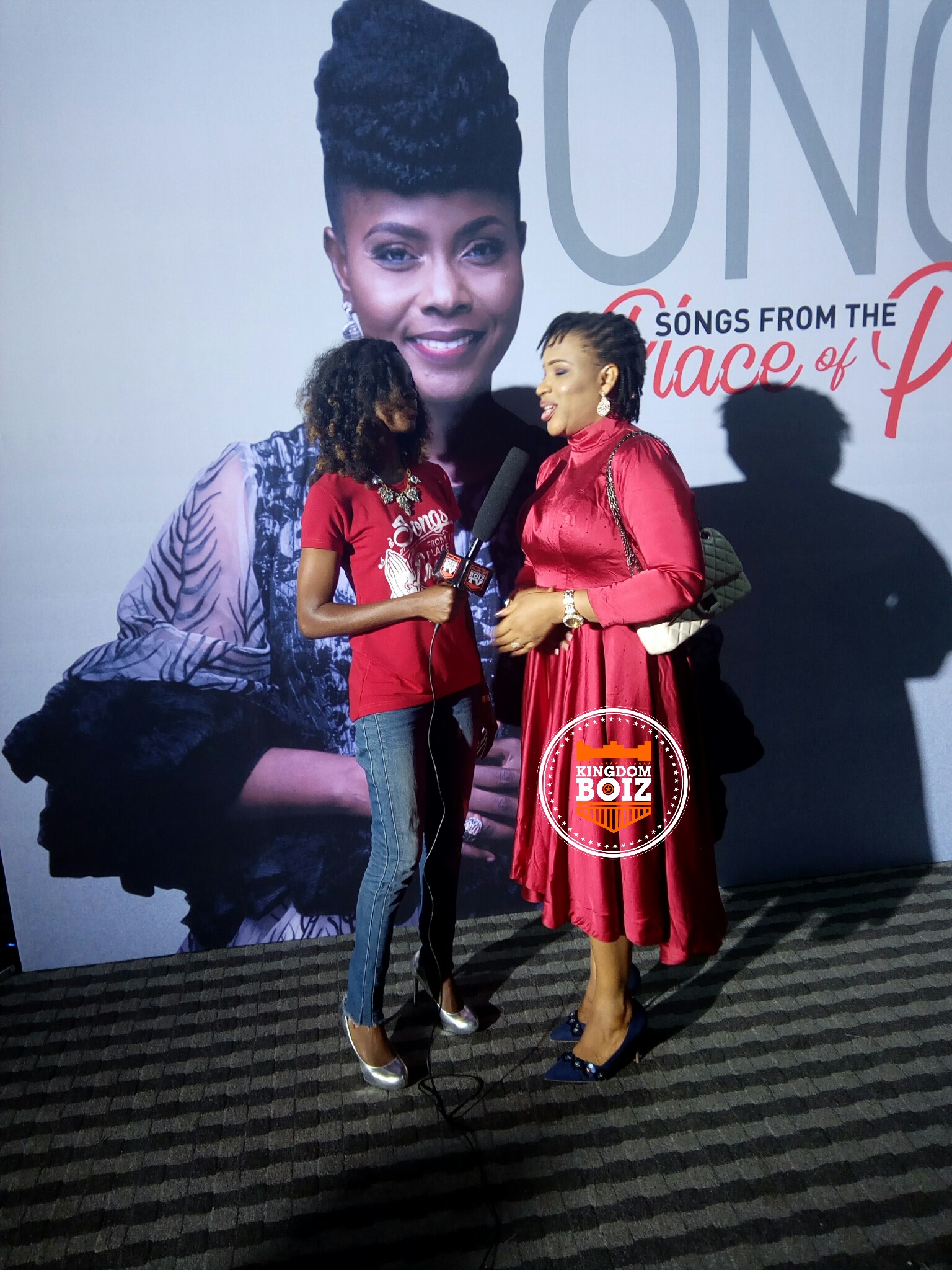 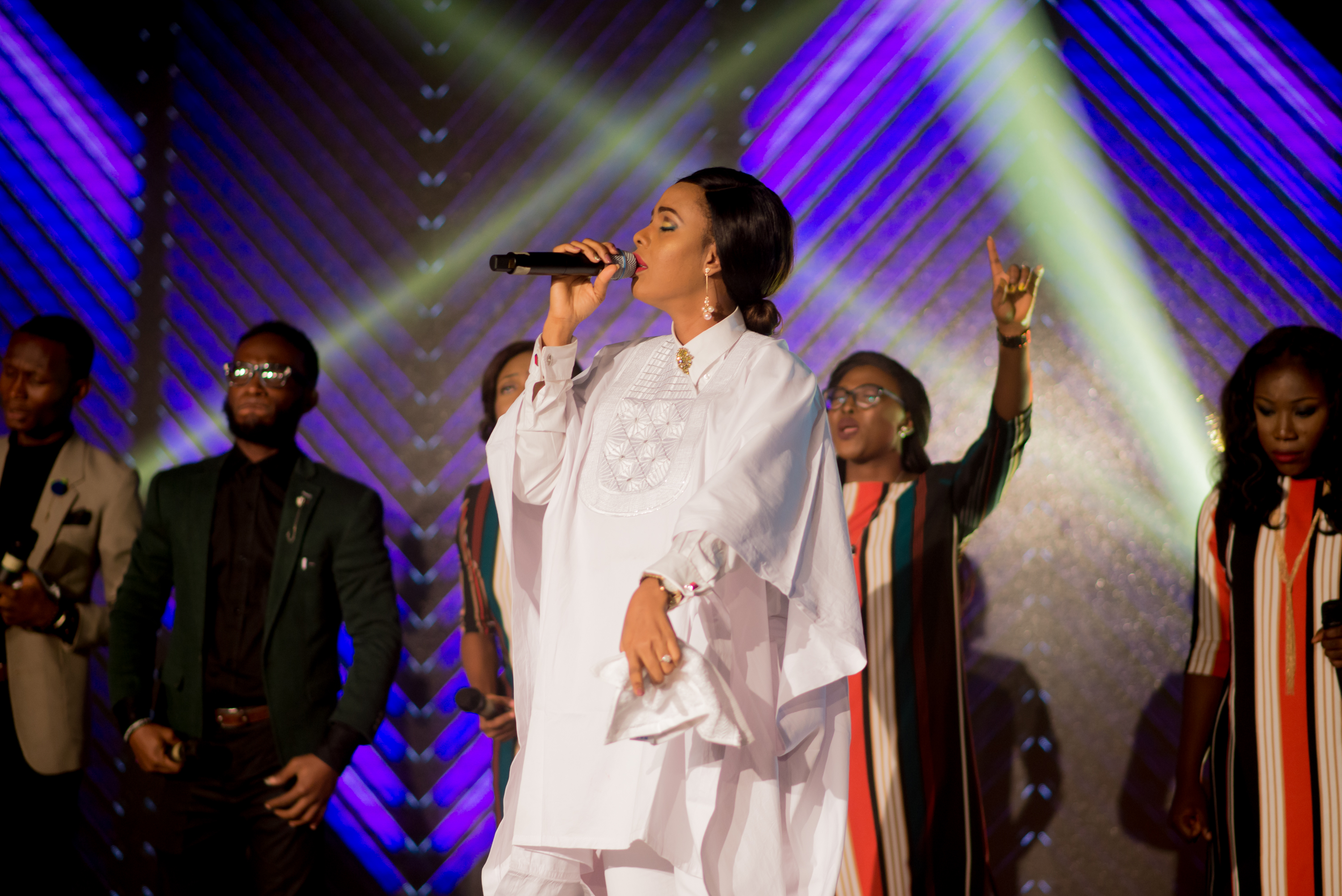 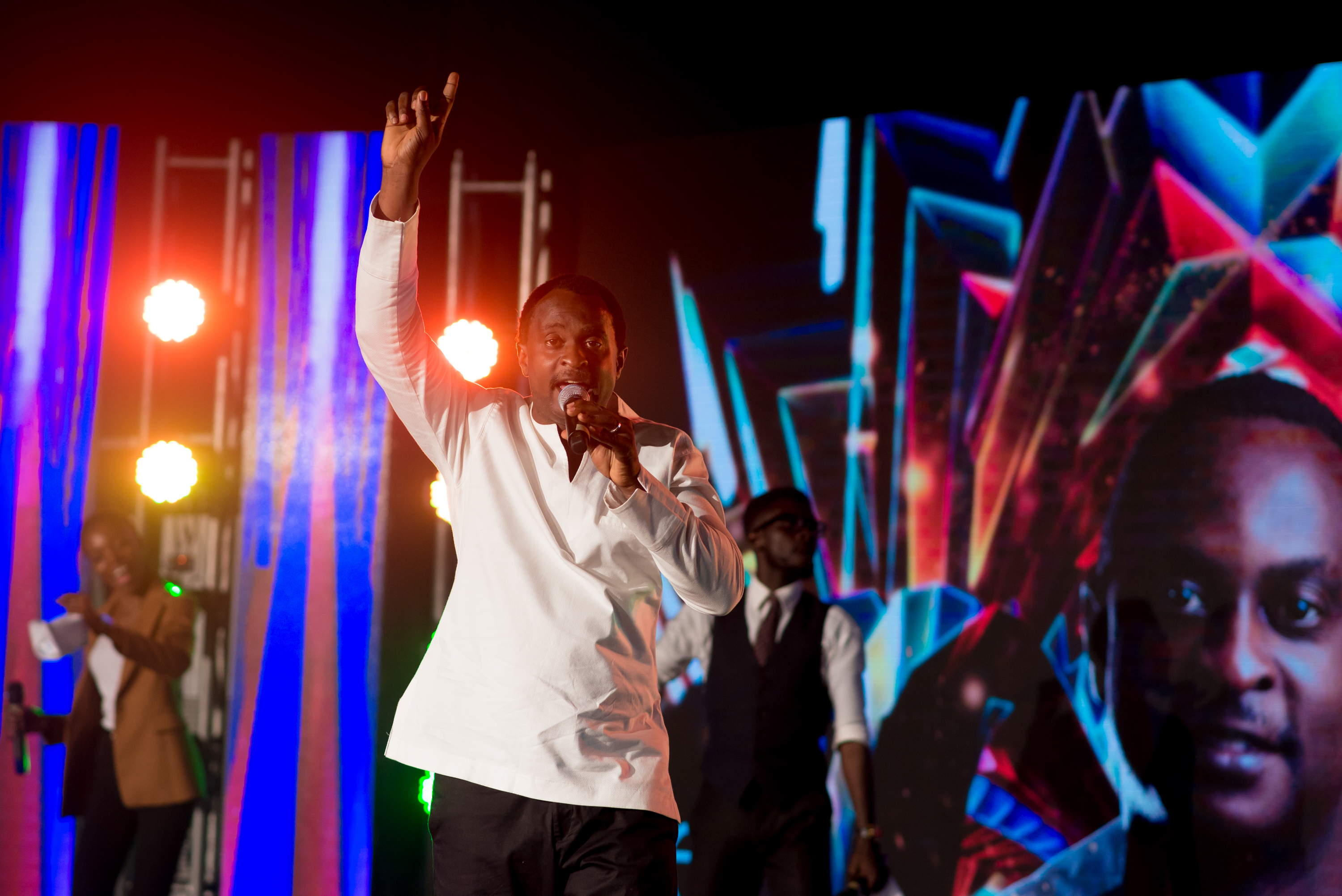